The victims were returning to Beawar after visiting a Jain temple in Nakoda when the mishap occurred. 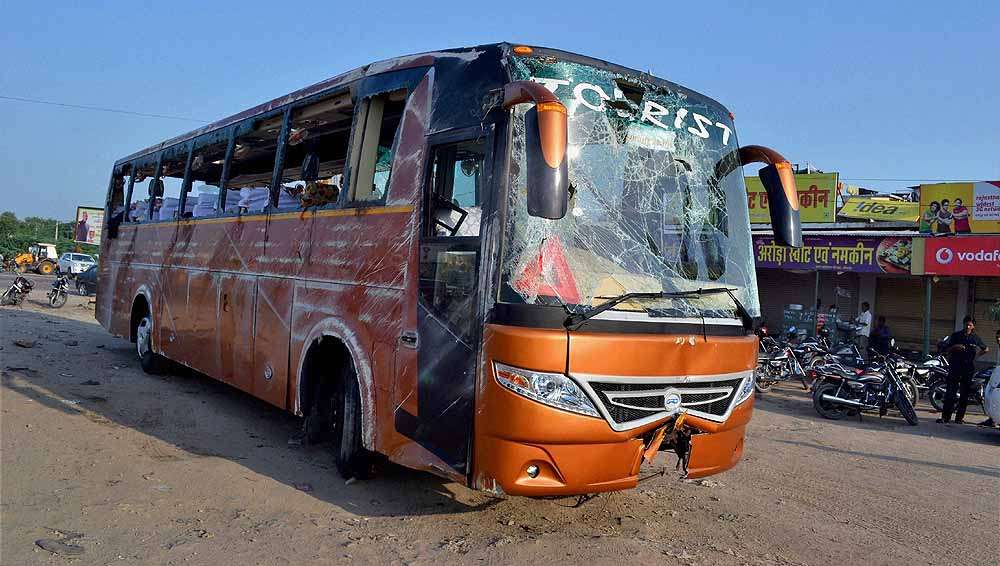 In a shocking incident on Saturday, atleast six passengers were burnt allive and over thirty suffered injuries in Rajasthan's Jalore district when a bus caught fire after coming in contact with a live electricity wire, according to police report.

The incident took place in Maheshpura village when the bus driver entered a rural area after losing track of the route. Nearly, 40 passengers were onboard when the private bus came in contact with a hanging wire and caught fire, police superintendent said.

The bus was on its way to Beawar in Ajmer from Nakoda in Barmer when the mishap occurred. The victims were returning to Beawar after visiting a Jain temple in Nakoda.

"A total of six persons died in the incident. Six critically injured were admitted in Jodhpur while others are under treatment in Jalore. Many of those admitted in Jalore would be discharged today," Deputy Superintendent of Police, Himmat Singh

Five of the deceased were identified as Surmi Devi, Sonal Jain, Char devi, Rajendra Jain and Dharmchand Jain. The bus driver and conductors are among the deceased.

Chief Minister Ashok Gehlot condoled the loss of lives in the accident.

"Deeply saddened by the loss of lives in an unfortunate bus accident near Maheshpura, Jalore in which 6 people hv lost lives & several others hv been injured. My heartful condolences to bereaved families, may God give them strength to bear this loss. May those injured recover soon," Gehlot tweeted.