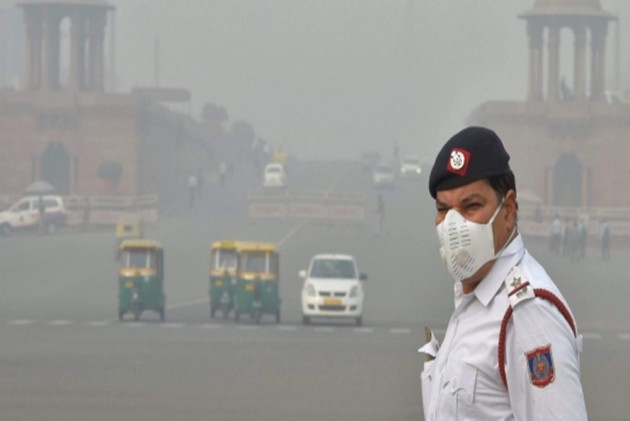 However, Ministry of Earth Sciences' air quality monitor, SAFAR, said the improvement will be short-lived and the AQI is likely to slip back into the 'poor' category on Thursday.

According to SAFAR, the overall air quality of Delhi is in the 'moderate' category as of Tuesday morning.

"Surface winds are west-southwesterly and energetic, very favourable for pollutant dispersion. Rainfall along with stronger winds under the influence of western disturbance helped clean the build-up of pollution in the Indo-Gangetic Plain," it said.

It also said effective stubble fire counts with sufficient potential estimated from SAFAR-multi-satellite products are significantly reduced to around 98.

"Boundary layer wind direction is North north-westerly. However, since the fire-related emissions have significantly reduced, a significant impact is not expected. Stubble burning share in PM2.5 in Delhi's air is almost negligible and estimated marginal three per cent for today," SAFAR said.

It, however, said the significant AQI improvement will be short-lived.

The AQI is likely to slip back into the 'poor' category on Thursday.

"AQI is forecast to further deteriorate to the higher end of 'Poor' to the lower end of 'Very Poor' category on 19th and 20th November," it said.