Despite the discontent, many leaders from Jammu and Kashmir are likely to attend a meeting with Prime Minister Narendra Modi on June 24 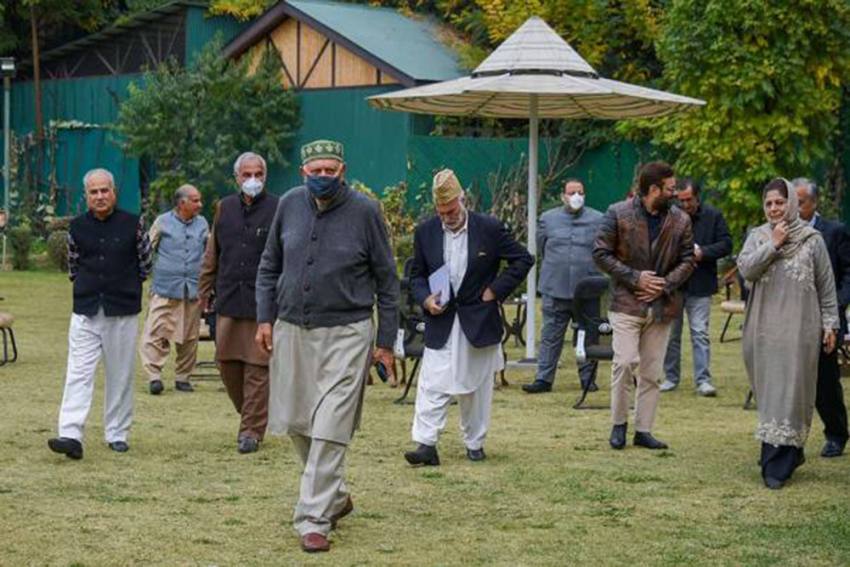 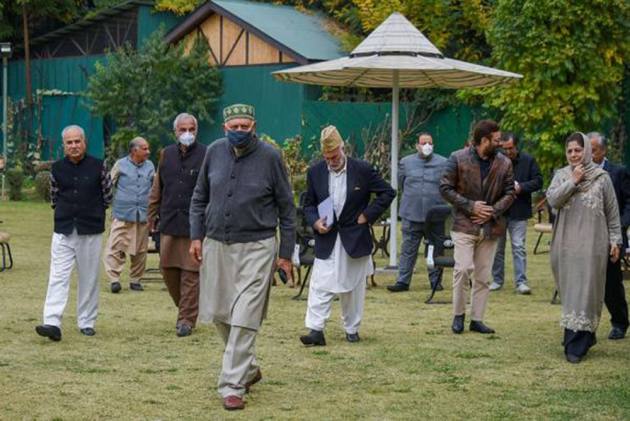 Most political parties in Jammu and Kashmir seem to have arrived at a consensus to attend the upcoming meet scheduled with Prime Minister Narendra Modi on June 24. Some political parties are hoping that the meet will mark a new phase in the region.

Meanwhile, a senior People’s Conference leader said, “Irrespective of the pain of the past we have no option but to move forward and view it (talks) optimistically.”

However, a lot of leaders have also expressed their discontent. “For me, this entire process is meaningless. It should have been about the restoration of the rights of people of Jammu and Kashmir, it should have been about Article 370,” Ruhullah Mehdi, senior NC leader told Outlook while adding that the meet will be all about the delimitation process and Assembly elections.

“I am not against the talks. I am for engagement. Engagement doesn’t mean we normalise what has happened after August 5, 2109. But any discussion that occurs post abrogation of Article 370 would be a disservice to people of Jammu and Kashmir,” Mehdi added.

Meanwhile, another NC leader said that the agenda of the meeting should be made public so that local leaders can know if the meeting is worth attending. “J&K leaders should take the people in confidence before attending the meeting. They should not negotiate for peanuts,” he said.

The NC and the PDP are likely to face pressure from within to press for the restoration of statehood of J&K or for article 370 as a pre-condition for the talks. So, the parties’ leadership will have to pacify its members before taking part in the talks.

Sources said Mehbooba Mufti is likely to ask the Peoples Alliance for Gupkar Alliance president Farooq Abdullah to lead the talks on behalf of the PAGD. They said if Farooq agrees to go as the PAGD leader to the meeting, it would give Mehbooba chance to abstain from the meeting.

This is the biggest political outreach from the Centre to the mainstream leaders who were incarcerated and kept in preventive custody for over a year after the abrogation of Article 370, and downgrading of Jammu and Kashmir into two union territories. Dr Farooq Abdullah, Omar Abdullah, Mehbooba Mufti, Sajad Lone, Mohammad Yousuf Taragami are the leaders who were kept in preventive detention on the day Article 370 was abrogated on August 5, 2019 and were released one year later. The three former chief ministers, Farooq Abdullah, Omar Abdullah and Mehbooba Mufti were later booked under the Public Safety Act.

The Public Safety Act (PSA) dossier against National Conference (NC) leader Farooq Abdullah stated that he has the potential to create an environment of public disorder. The dossier against Omar Abdullah said, “The capacity of the subject to influence people for any cause can be gauged from the fact that he was able to convince his electorate to come out and vote in huge numbers even during the peak of militancy and poll boycotts.” Meanwhile, the dossier against former Jammu and Kashmir chief minister Mehbooba Mufti referred to her as Kota Rani. “The subject (Mufti) is referred, for her dangerous and insidious machinations and usurping profile and nature, by the masses as ‘Daddy’s girl’ and ‘Kota Rani’, based on the profile of a medieval queen of Kashmir, who rose to power by virtue of undertaking intrigues ranging from poisoning of her opponents to ponyardings,” the dossier had stated.

Later in October-December 2020 after their release when the leaders jointly fought the district development council (DDC) polls under the banner of People’s Alliance for Gupkar Declaration (PAGD) against the BJP, they were described as the Gupkar Gang by many saffron party leaders including Union home minister Amit Shah.