Minister for Rural Development and Panchayat Raj K S Eshwarappa also announced that the BJP-led government will soon ban the slaughter of cows in the state. 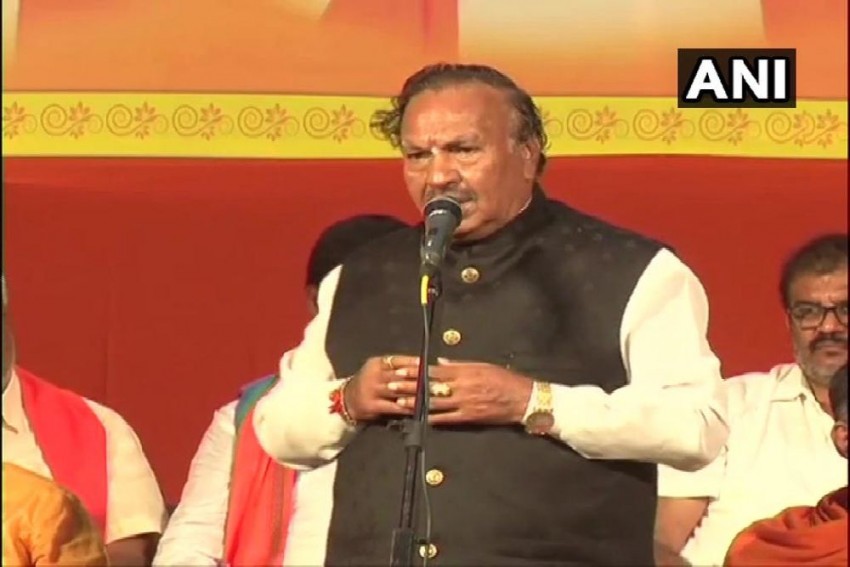 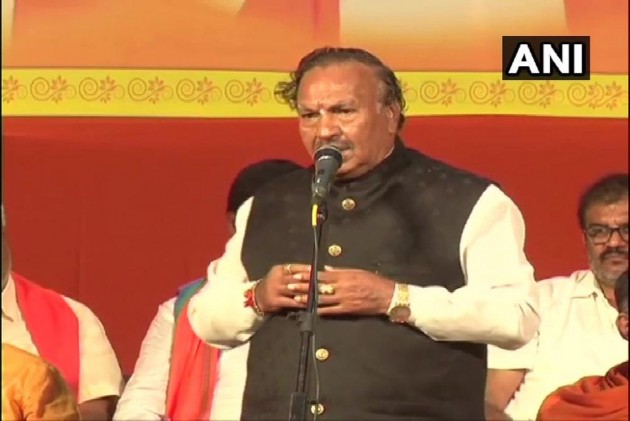 Karnataka Minister for Rural Development and Panchayat Raj, K S Eshwarappa, has once again set the cat among the pigeons, saying patriotic Muslims will vote for the Bharatiya Janata Party (BJP) while those who are pro-Pakistan will hesitate.

The minister also announced that the BJP-led government will soon ban the slaughter of cows in the state.

Eshwarappa is not new to the controversies and had, just ahead of the Lok Sabha elections, said the BJP won't give tickets to Muslims, for they don't believe in the saffron party.

"Everyone has a wish for Akhanda Bharat, why it is not happening is because of fear that they (section of politicians) may not get Muslim votes.." Eshwarappa said.

Speaking at an event, he said, "Before BJP government came to power I happened to meet a couple of Congress MLAs who expressed the desire to come to BJP but claimed that
they have over 50,000 Muslim votes in their constituencies and may face defeat if they lose that, which is kind of a 'Hijada' (eunuch) behaviour."

Eshwarappa also claimed that in his constituency in Shivamogga, there were over 50,000 Muslim voters and he has never gone to them seeking votes.

I have till today not gone to a single Muslim saluting him for votes. I have won by a lead of over 47,000 votes," he said.

"Why I'm saying this-Journalists write down this. A rashtra bhakta (patriot) Muslim will vote for BJP, and those who are pro Pakistan and rashtra drohis (traitors) will hesitate to vote for BJP," the Minister added.

On banning cow slaughter in the state, he said, "Cow slaughter is banned in a way, but it has to be done completely. When there was BJP government in the past we had done it, but the Congress government came to power and removed it.

I'm saying this in this meeting, in front of holy seers that this government will ban cow slaughter, let there be no doubt."

The bill had widened the definition of 'cattle' and imposed a blanket ban on cattle slaughter, coupled with stringent penalty clauses for violation.

However, the Congress government headed by Siddaramaiah that came to power in 2013, withdrew the bill that was before the President for his assent.