Palm Reader Told Me SP Will Win 350 Seats In 2022 UP Polls: Akhilesh Yadav

Speaking to reporters at party office, the former Uttar Pradesh chief minister said, 'While going to Delhi on a flight, a person saw my palms and told me that if I work hard, I will form the next government by winning 350 seats.' 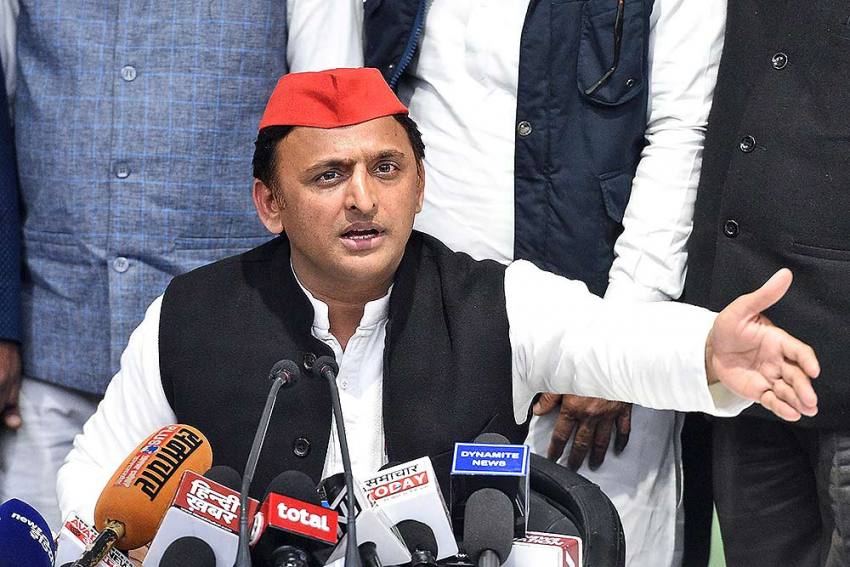 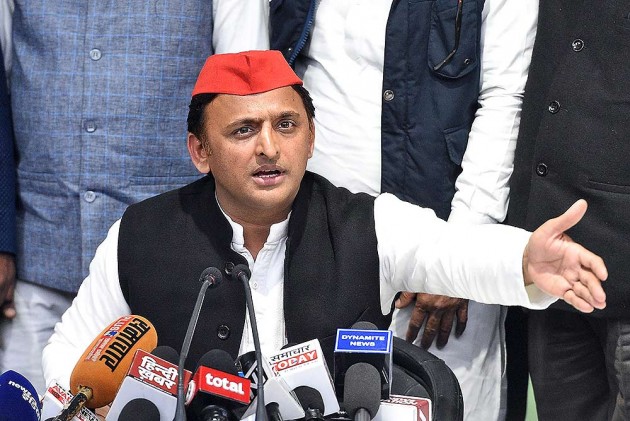 Samajwadi Party president Akhilesh Yadav on Sunday said a palm reader had recently predicted that he will win 350 of the 403 seats in the 2022 Uttar Pradesh Assembly elections and asserted that if voted to power, his government will hold a caste-wise census.

Speaking to reporters at party office, the former Uttar Pradesh chief minister said, "While going to Delhi on a flight, a person saw my palms and told me that if I work hard, I will form the next government by winning 350 seats."

Hitting out at the ruling BJP, Yadav said if the saffron party can win 300 seats in the state by spreading lies, the Samajwadi Party can win 351 seats by working honestly.

"If the BJP can spread lies and win 300 seats, then we through our honest hardwork can win 351 seats. We will definitely achieve this," he said.

Adityanath further said if the Centre does not go for caste-wise census, then the SP will conduct it in Uttar Pradesh after winning the 2022 Assembly polls.

"What is reason that they (BJP) are not going for caste-wise census. A number of problems in the society will be resolved if it is done... We will devise a way so that every community is allotted resources according to its population size," he said.

Attacking chief minister Yogi Adityanath, Yadav said, "Yogi does not like the country's Constitution which secures the rights of Dalits and those belonging to teh deprived and backward sections of the society. The BJP is attacking the Constitution."

On the upcoming third anniversary of Adityanath government, Yadav claimed Uttar Pradesh was lagging behind in terms of providing quality education and health services, while corruption was rampant in the mid-day meal scheme.

The SP chief also declared that his party will not contest the upcoming Bihar Assembly elections, and will only support the winning candidates.

As far as West Bengal election is concerned, the strategy will be prepared in consultation with party vice-president Kiranmoy Nanda, he said.

The leaders claimed that due to the wrong policies of the BSP, they felt insulted and therefore decided to quit the party.

Madhya Pradesh Crisis: Congress MLAs Return From Jaipur Ahead Of Trust Vote, Say 'We Will Win'