Maharashtra Chief Minister Uddhav Thackeray on Sunday said stern action will be taken against those involved in the lynching of the three men. 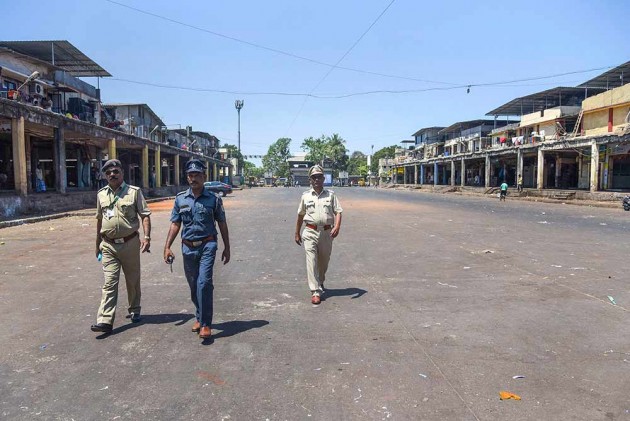 Two policemen were suspended on Monday for alleged dereliction of duty in the wake of lynching of three men in Maharashtra's Palghar district, an official said.

The incident took place on April 16 when the three men from Kandivali in Mumbai were going in a car towards Surat in Gujarat to attend a funeral.

Their vehicle was stopped near a village in Palghar. The three were dragged out of their car and beaten to death with sticks by a mob on suspicion that they were thieves.

Palghar Collector Dr Kailas Shinde earlier said the role of police on the day of the incident was being probed, and it was also being examined how the three men travelled from Mumbai during the lockdown.

The Kasa police have registered three FIRs in connection with the incident and arrested 101 people, who havebeen remanded in police custody till April 30, a police spokesperson said.

Nine juveniles have also been taken into custody and sent to a remand home at Bhiwandi in neighbouring Thane district, he said.

Maharashtra Chief Minister Uddhav Thackeray on Sunday said stern action will be taken against those involved in the lynching of the three men.

The state government has ordered a high-level inquiry into the incident.

The deceased were identified as Chikne Maharaj Kalpavrukshagiri (70), Sushilgiri Maharaj (35), and their car driver Nilesh Telgade (30).