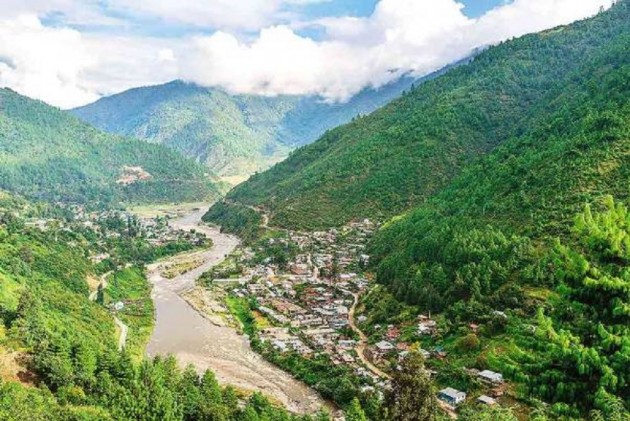 Normalcy returned to the remote Arunachal Pradesh town of Vijoynagar, which saw violent protests with several government offices burnt over the voting rights of former Assam Rifles personnel in the panchayat polls, officials said on Sunday.

Twenty-four persons were arrested in connection with Friday's arson and rioting that rocked the sensitive town, which is surrounded by Myanmar on three sides, a senior police officer said.

Security has been tightened in the area, Deputy Inspector General (DIG) Kime Kaming told PTI after returning from Vijoynagar, which is yet to be connected by roads.

Paramilitary forces along with the police have been deployed in the town to ensure peace, he said, adding that vandalism will not be tolerated under any circumstances.

Vijoynagar, in the state's Changlang district, saw widespread rioting as a mob of around 400 people led by the Yobin Students' Union set fire to the offices of the Extra Assistant Commissioner, Special Branch of the state police and the post office, besides ransacking the local police station, officials said.

The civil helipad was also partially damaged by the mob.

A police team led by Inspector General (law and order) Chukhu Apa raided Hozulu village, around 7 km from Vijoynagar, and made the arrests on Sunday afternoon, an official said.

Three muzzle-loading guns and a .22 airgun were also seized.

Five women, suspected to be involved in the violence, were identified and interrogated, he said.

"They have been asked to be present at the Vijoynagar police station on Monday," Apa told PTI.

Five cases of arson and rioting have been registered in connection with the incident.

"All the 24 persons arrested are kept in the lock-up of the Vijoynagar police station for now. It lacks adequate space and so they would be shifted to Miao soon," he said.

Ex-employees of the Assam Rifles have been living in the town since the early '60s. They originally hailed from outside the state but form the majority of the local population now, official sources said.

The protesters demanded the cancellation of the right of these former Assam Rifles personnel living in the area to take part in panchayat elections and their immediate deportation, among others.

Apa and Changlang superintendent of police Mihin Gambo are still in the area to keep a close watch on the emerging situation.

Changlang's deputy commissioner Devnash Yadav, who also returned from Vijoynagar by a helicopter on Sunday, said that those who would dare to create any law and order problem would be dealt with strongly.

Vijoynagar is the remotest circle of the Changlang district. The circle consists of 16 villages having a population of over 4,000 people, official sources said.

Several students' bodies of Arunachal Pradesh opposed the participation of the former Assam Rifles personnel in the December 22 panchayat polls, which prompted the State Election Commission to defer the election in Vijoynagar, with the apprehension of the breakdown of law and order in the area.

As there is no road connection, people of the area are dependent on military helicopters for essential services and requirements. Miao is the nearest town to Vijoynagar, around 157 km away.