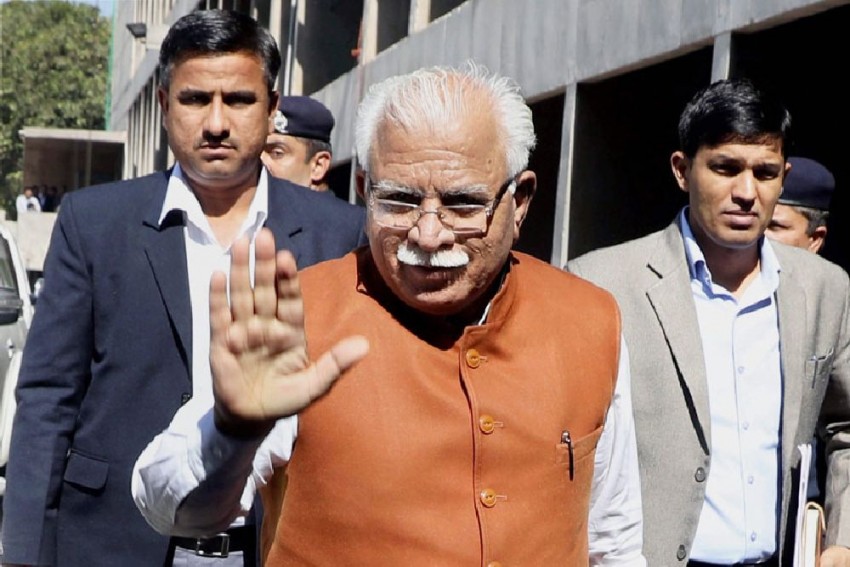 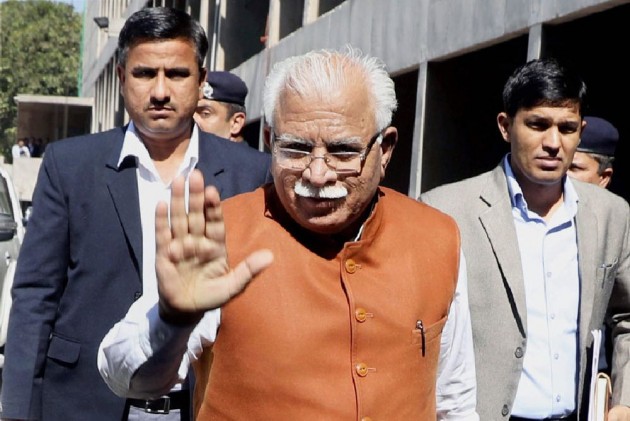 The swearing-in ceremony of Chief Minister Manohar Lal Khattar and Dushyant Chautala as Deputy Chief Minister of Haryana will take place at the Rajya Bhavan in Chandigarh at 2.15 pm on Sunday.

Along with them, the MLAs, who are going to be inducted into the Council of Ministers will also take the oath of office and secrecy.

Khattar, who is going to head the state government for the second consecutive term, along with JJP chief Dushyant Chautala met Governor Satyadev Narayan Arya and staked the claim to form the government with the support of 57-MLAs in 90-member Haryana Assembly including 7 independent MLAs.

"I, along with other ministers, have submitted resignation as the last legislative Assembly's term is over but we will be acting as working CM and ministers till the new ministry takes the oath," added Khattar.

The BJP is all set to form a new government in Haryana after clinching an alliance with the JJP,  which won 10 seats in the 90-member assembly.

JJP's inclusion in the government has helped the BJP rule out an alliance with controversial MLA Gopal Kanda who is embroiled in an abetment to suicide case. BJP has drawn flak from all quarters after Kanda lent the party his support to cross the halfway mark in the hung assembly.

Haryana Minister and BJP leader Anil Vij on Saturday said, "No question of including Gopal Kanda in the government, neither are we taking his support."

The ruling BJP has offered the post of deputy chief minister to the JJP.

BJP president Amit Shah had announced at a press conference on Friday in New Delhi that the chief minister would be from his party and the deputy chief minister from the regional outfit.

Dushyant Chautala, great-grandson of late deputy prime minister Chaudhary Devi Lal, said his party believed the alliance was necessary for stability in Haryana.  He has reiterated that his support for any party would depend on its commitment to JJP's poll promises.  Eliminating unemployment, reserving75% jobs from locals, free treatment to cancer patients and people with chronic illnesses, and pension to elderlies are some of Chautala's key promises.

The BJP's decision to win over Chautala underlines its quest to placate the Jats, a dominant community in the state which is believed to have voted against the saffron party in the just-concluded assembly polls.

Top BJP leaders moved swiftly since Thursday night to cobble together a majority in Haryana after the party's tally fell to 40 in the state, six short of the majority mark.

Most of the seven independent MLAs have also pledged their support to the party.

Most of the independent MLAs are BJP rebels and several of them have given their letters of support to Khattar during a meeting at the residence of the party's working president, JP Nadda, in the national capital.