It was last Wednesday that Harishchandra Shrivardhankar, in his late 60s, was noticed lying on a pavement outside a shop in Saat Rasta area of south Mumbai. 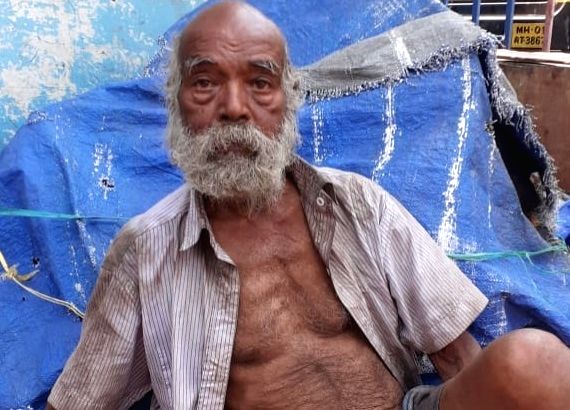 One of the survivor heroes of the Mumbai 26/11 terror attacks - who not only took two bullets but later identified the terrorist Ajmal Amir Kasab - was found helpless and lost on a Mumbai pavement, but after the efforts of Good Samaritans and police was reunited with his family, officials said here on Tuesday.

It was last Wednesday that Harishchandra Shrivardhankar, in his late 60s, was noticed lying on a pavement outside a shop in Saat Rasta area of south Mumbai.

Taking pity on him, the shop owner, Dean D'Souza and his friends decided to help him out with the help of the Agripada police Station officials, at the height of the Coronavirus lockdown 2.0 in force then.

From the broken words mumbled by Shrivardhankar, they managed to trace his family in Kalyan, in Thane district and took him to a happy reunion.

It also emerged that the ex-government employee had been injured by two bullets fired by the terrorists who created a 60-hour mayhem from November 26, 2008 in south Mumbai, in which Abu Ismail was shot dead, but Kasab was nabbed alive.

Later, Shrivardhankar deposed before the Special Court which tried Kasab and displayed courage by identifying him as one of the 10 extremists who had gone on a firing spree at that time.

He had been injured in the indiscriminate firing opened by Kasab and Ismail near the Cama and Albless Hospital and had a minor scuffle with the latter (Ismail) by whacking him with his office bag.

D'Souza informed his friend Timothy Gaikwad who runs NGO, IMCARES about Shrivardhankar's plight as he was unable to speak or eat, but mumbled his first name, BMC, brother, Mahalaxmi and other words which helped them to track his family.

The activists also gave him a bath, a shave, some liquid food and slowly he appeared to regain his strength.

"Finally, with help from Gamdevi Police Station's official Mahesh Shinde, we managed to trace Shrivardhankar's brother, sister in Mahalaxmi who put us onto his son Mangesh in Kalyan," Gaikwad told IANS.

The family had lodged a missing complaint as Shrivardhankar's whereabouts were unknown for around two months during the lockdown, police station spokesperson Mahesh Shinde told IANS.

"Despite the challenges during lockdown, Gaikwad coordinated all the efforts to successfully reunite Shrivardhankar with his near and dear ones on May 1, after he was missing for over two months," he said.

Gaikwad said that on learning about his background, the Agripada police went out of their way to give him virtually a royal treatment with a cavalcade of 3-4 vehicles to send him home with dignity and gratitude, accompanied by Mangesh, for whom all arrangements were made to come to Mumbai.

Shrivardhankar was put in quarantine and now the family has requested IMCARES to arrange for medical treatment of some minor health problems he suffered while he went missing, which Gaikwad assured to help out after lockdown.