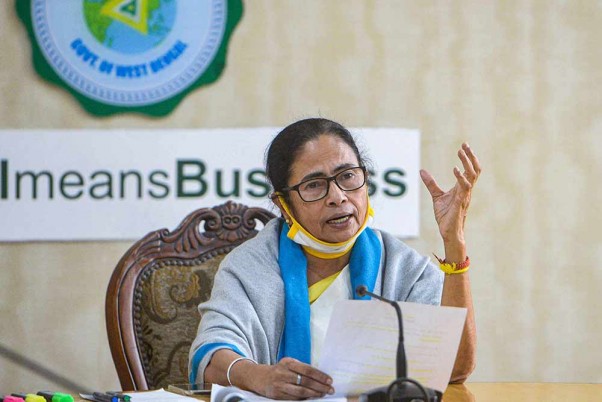 BJP national general secretary Kailash Vijayvargiya accused Mamata Banerjee of trying to politicise the vaccination programme, ahead of assembly elections in West Bengal. Responding to Mamata Banerjee's claim of fewer vaccines being sent to the state, Vijayvargiya said, "She should stop politicising everything.  None of the states has complained only she is complaining about it. She is trying to politicise the issue before the assembly polls".

Mamata Banerjee expressed her dissatisfaction over "inadequate" vaccines being sent to the state of West Bengal. On being asked about the allegation, Vijayvargiya called them "baseless". "The allegations are baseless. If the number of vaccines is falling short it is because of the TMC leaders and MLAs are queueing up to have it", responded  Vijayvargiya.

Couple In UP Streams Suicide Attempt Live On Facebook