Dhoni had made himself unavailable for the upcoming tour of the West Indies, thus paving the way for Rishabh Pant to take over the mantle of the first-choice wicketkeeper. 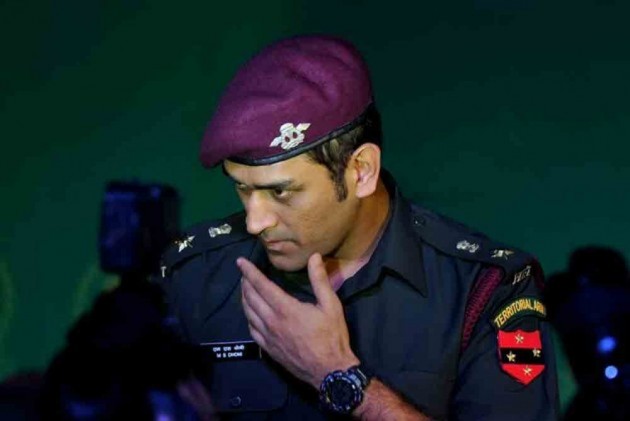 Indian cricketer Mahendra Singh Dhoni, who was awarded the honorary rank of a lieutenant colonel in 2011, will be deployed in Jammu and Kashmir at the end of the month where he will carry out duties with the troops, officials said Thursday.

Dhoni will be with the 106 Territorial Army battalion (Para) from July 31 to August 15 and will be taking on the duties of patrolling, guard and post duty while staying with the troops, PTI quoted official sources as saying.

Dhoni, who has taken a two-month sabbatical from cricket, had conveyed to the Army that he would like to serve his battalion which is at present stationed in Kashmir valley as part of Victor Force.

Dhoni had made himself unavailable for the upcoming tour of the West Indies, thus paving the way for Rishabh Pant to take over the mantle of the first-choice wicketkeeper.

In 2015, Dhoni became a qualified paratrooper after having completed five parachute training jumps from Indian Army aircraft at the Agra training camp.

"As requested by the officer and approved by the Army headquarters, he will be taking on the duties of patrolling, guard and post duty and would be staying with troops," said a senior official.