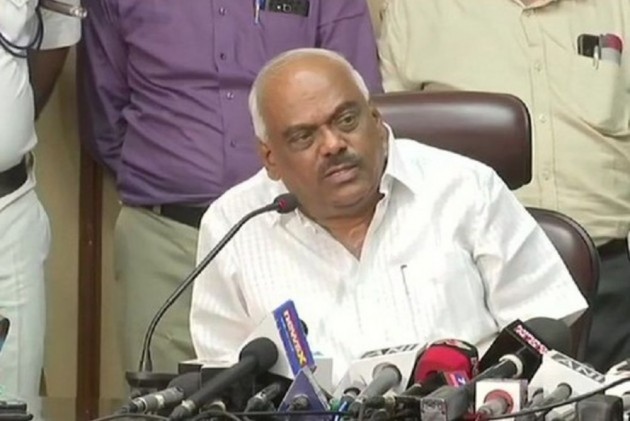 "As decided on Friday, I will put the confidence motion for vote today (Monday)," Kumar said when the Chief Minister requested him for time till Wednesday, saying that the Supreme Court was yet to decide on the state's ruling allies' July 19 petition asking for clarification and modification of its July 17 (Wednesday) order.

The Supreme Court had on Wednesday allowed the Speaker to take a decision on the resignations filed by 15 rebel MLAs at his own time, emphasising that he cannot be told to take a decision in a time-bound manner. But the apex court also added that the MLAs too cannot be compelled to attend the Assembly.

Before the inconclusive debate on the motion resumed in the House, albeit an hour late, opposition BJP members also urged the Speaker to conduct the trial of strength after the debate by the end of the day.

"Kumaraswamy and Congress Legislative Party (CLP) leader Siddaramaiah promised last Friday to finish the debate today (Monday) on the floor of the House. We believed them and abided by your advice. There should be no further delay in holding the floor test," BJP MLA Madhuswamy told Kumar.

Responding to Madhuswamy's plea, Kumar said he was committed to holding the floor test after the debate as he had assured the House on Friday, and requested the ruling Janata Dal-Secular (JD-S) and Congress allies to finish the debate on the motion that the chief minister moved on July 18.

State Law and Parliamentary Affairs Minister Krishna Byre Gowda also urged the Speaker to postpone the trust vote to Wednesday, as the latter (Kumar) has summoned the 15 rebel MLAs to meet him on Tuesday to discuss their disqualification for having defied their parties' whip to be present in the House for the floor test.

Facing imminent defeat in the Assembly and fall of their 14-month shaky coalition government, the beleaguered allies have defied the three deadlines state Governor Vajubhai Vala had set for Kumaraswamy to prove majority on July 18 and July 19, saying their members had to speak on the motion and the Chief Minister had to reply to the charges the BJP would level against them.

When the allies also told the Speaker that the Supreme Court was likely to hear on Tuesday the joint petition of the two Independents for its directive to hold the floor test by 5 p.m. on Monday, Kumar replied that he was not party to the MLAs' plea and the SC in its July 17 order gave him a free hand to conduct the Assembly session as per the legislature rules.

"I have nothing to do with the petitions of the Independents. I am not privy to them. They have asked for a directive from the apex court to the chief minister to face the floor test by 5 p.m. today, which I am also insisting upon," asserted Kumar.