Tanvir Sadiq, political secretary to former Chief Minister Omar Abdullah, said that banning organisations and then expecting normalcy is akin to living in a fool’s paradise. 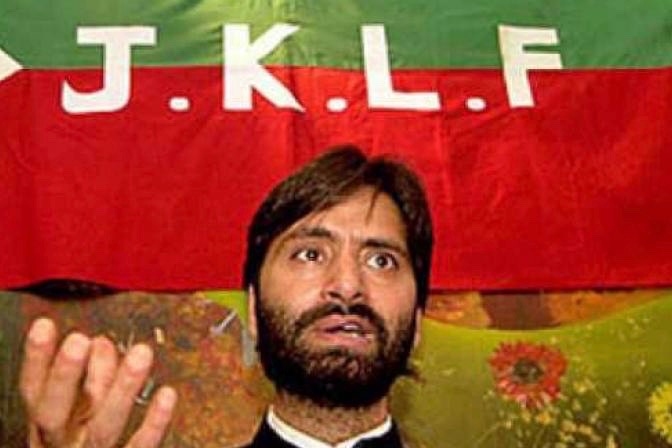 As the government banned the Jammu Kashmir Liberation Front (JKLF), political parties and analysts here say the ban will not achieve anything and would further push youth towards violence.

Former Chief Minister Mehbooba Mufti tweeted that the JKLF was the first to renounce violence as a way of resolving the J&K issue and that steps like banning the organisation would only turn Kashmir into an open air prison.

Yasin Malik renounced violence as a way of resolving J&K issue a long time ago. He was treated as a stakeholder in a dialogue initiated by then PM Vajpayee ji. What will a ban on his organisation achieve? Detrimental steps like these will only turn Kash into an open air prison.

Tanvir Sadiq, political secretary to former Chief Minister Omar Abdullah, said that banning organisations and then expecting normalcy is akin to living in a fool’s paradise. “These are methods, that didn’t work then and won’t work now. We are a democracy: we need to be civil enough to agree to disagree in a manner that behoves a democratic polity,” Sadiq said.

The JKLF is a separatist political organization founded in 1970s by Amanullah Khan and Maqbool Bhat. It emerged as a nationalist secular group that sought the independence of Kashmir, from both India and Pakistan. The JKLF repeatedly called for the independence of Jammu and Kashmir as the territory that existed prior to 1947. The preamble of the JKLF constitution says it will struggle against “foreign occupation, gain independence and attain an honorable position amongst free nations of the world”. It also calls for “Struggle to establish a political and social infrastructure based on the values of democracy, public welfare and social justice in the country.”

The JKLF first established branches in several cities and towns of the UK, and other countries and later on in 1982 it established a branch in Pakistan Occupied Kashmir.

In 1988 scores of youngsters went to Pakistan to get arms training in PoK after the alleged mass rigging in the 1987 elections. The first group to start armed insurgency in Kashmir comprised of Ishfaq Majeed Wani, Shiekh Abdul Hamid, Mohammad Yasin Malik and Javid Ahmed Mir.  The JKLF remained active till 1994. In that year, the JKLF in Kashmir Valley, under the leadership of Yasin Malik, declared an “indefinite ceasefire” and announced that he has disbanded its military wing. Malik committed himself to a political struggle on Gandhian mode to achieve independence for the entire region of the former princely state.

Malik would say that the US mediation led to JKLF’s decision to drop arms and adopt a peaceful Gandhian way of struggle in 1994. In 1995, President Bill Clinton appointed US diplomat Robin Raphel, the first Assistant Secretary of State for South Asia (the post later included Central Asia). She was a known figure in Srinagar as she was a frequent traveller to the Valley when she served at the US Embassy in Delhi from 1991-1993. At a diplomatic event she had described Kashmir as a dispute and suggested a referendum, creating a storm in Delhi.

Malik met the then Prime Minister Manmohan Singh in February 2006. During the meeting then Union Home Minister Shivraj Patil, National Security Advisor MK Narayanan, Union Home Secretary, Principal Secretary to Prime Minster TKA Nair, Media Adviser Sanjaya Baru, Director and Special Director Intelligence Bureau and prominent diplomat SK Lambah were also present in the meeting. Later, Malik said, the Indian premier told him that India was “trying hard” to resolve the Kashmir issue and for this they were having a “fruitful dialogue” with Pakistan also.