On June 27, drones were used to drop explosives at the Indian Air Force (IAF) station in Jammu airport, causing minor injuries to its two personnel. 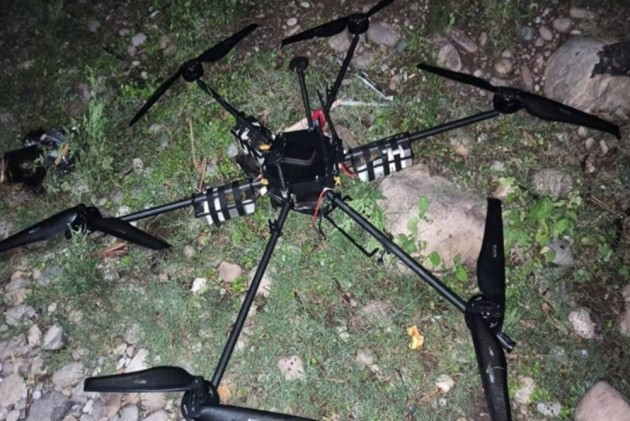 A drone carrying around 5 kilograms of improvised explosive device (IED) was shot down early on Friday by Kashmir Police in Akhnoor’s Gurah Pattan area near the Line of Control.

The police sources said the drone that was shot down on Friday came from the Pakistani side of the border and the IED was likely to be air-dropped in a nearby area as it was wrapped inside a plastic packet. Those collecting it had to only connect its fuse with the wires before planting it.

The drone was shot down around eight kilometers inside the IB in Kanachak. Earlier on Wednesday, another drone movement was detected a few hundred meters away from the Jammu airbase in Satwari.