Kishorechandra, 39, has been in the Sajiwa Central Jail in Imphal East since November 27 last year for criticising Chief Minister N. Biren Singh and the BJP on social media. 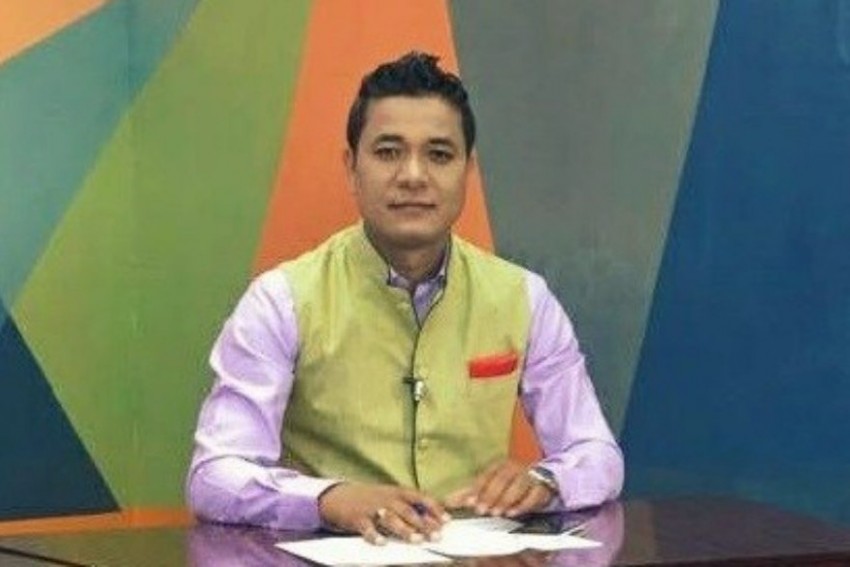 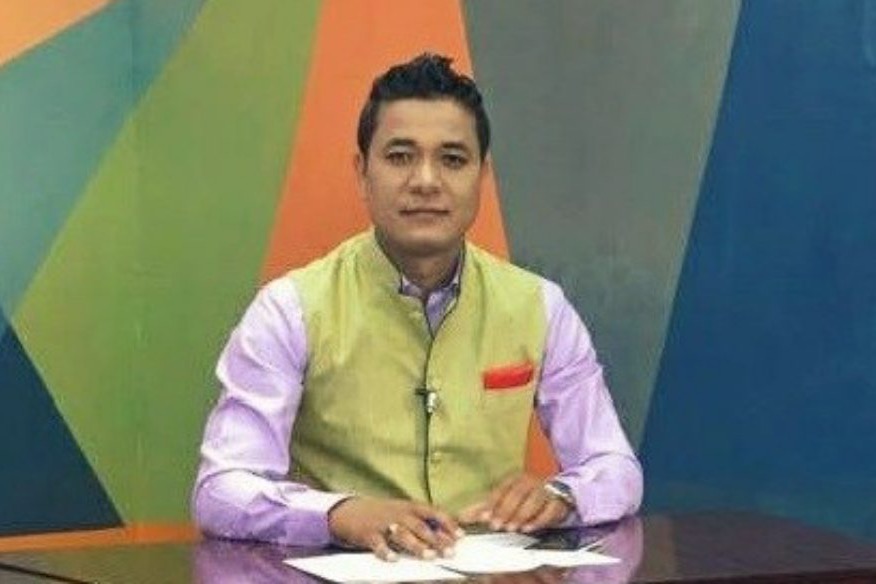 Jailed Manipur journalist Kishorechandra Wangkhem is all set be released from jail after the High Court in Imphal on Monday revoked the charges against him under the stringent National Security Act (NSA). But his wife Ranjita Elangbam said that the fear persists.

Kishorechandra, 39, has been in the Sajiwa Central Jail in Imphal East since November 27 last year for criticising Chief Minister N. Biren Singh and the BJP on social media.

“…the detention order dated 27.11.2018 passed by the District Magistrate, Imphal West along with all consequential orders are set aside quashed,” said the order.

The process to get him out of the jail will take at least two to three days.

“The truth prevails. It’s our victory today. I’m much relieved but the fear is still on. The people in the power can do anything. If writing something on social media can invite NSA, you can imagine the scenario. I’m worried what will be the consequences after this,” Kishorechandra's wife Ranjita Elangbam told Outlook.

Kishorechandra was earlier arrested on November 21, 2018, for a video he uploaded on social media in which he called Chief Minister N Biren Singh  a “puppet of Modi and Hindutva” for organising a function in Manipur to mark the birth anniversary of Lakshmibai, the Rani of Jhansi, who he claimed had “nothing to do with Manipur”.

In Meitei language, Wangkhem had severely condemned Biren Singh for attempting to link Lakshmibai to the freedom movement of Manipur and termed the Chief Minister’s comments and the function an “insult to the freedom fighters of Manipur”. Wangkhem had reportedly used foul language against the BJP-led government and the RSS, the ideological fountainhead of the party.

He was arrested under sections 294 and 500 of the IPC in addition to section 124 A, which deals with sedition. However, on being produced before a local court on November 25, it released him on bail on the grounds that his words were “a mere expression of opinion against the public conduct of a public figure in a street language.”

He was re-arrested and detained under the NSA, which approved a 12 months jail sentence. He was lodged in Sajiwa jail, on the outskirts of Imphal.

Ranjita Elangbam, who works as an occupational therapist in a district hospital, had said her family was the victim of political propaganda. She had alleged that they were being harassed and threatened by the state government even though her husband was under preventive detention and that he was kept along with hardcore criminals.

The Imphal-based ISTv local TV channel for which Wangkhem was working, sacked him following his controversial video.

Even while in jail, Wangkhem had refused to apologise to the government. “Wake up everyone, don’t be afraid”—that’s what he was saying, according to his wife.

While the Manipur government faced criticism for arresting the journalist under the NSA over a petty issue, the BJP and its Chief Minister supported the arrest.

BJP’s state spokesperson Tikendra Singh said Wangkhem was a serial offender who had “crossed all limits” in the name of freedom of speech. “Every Indian should try to follow the Constitution strictly but that particular person crossed the limit. And this is not the first time. This is the third time and he had started doing it habitually. Under such circumstances, the government shouldn’t be silent,” Singh said. Kishorechandra had been earlier arrested briefly in August 2018 for calling the BJP the “Buddhu Joker Party”.

Chief Minister Singh, defending the arrest, said: “I have no problem with criticism. I can tolerate it. However, I cannot tolerate the humiliation of my leaders. He (Kishorechandra) was both abusing and humiliating national heroes like the Rani of Jhansi and Prime Minister Narendra Modi. What he said was beyond the freedom of expression,” Singh said at a public function on December 24.

While most Indian media organisations condemned the arrest and demanded his release, the Editors' Guild was strangely silent. Foreign rights groups were mosre open in criticising the  arrest. In January, the United Nations’ Mandates of the Working Group on Arbitrary Detention and the Special Rapporteur on the promotion and protection of the right to freedom of opinion and expression wrote to the Indian government expressing “serious concern” at the arrest and detention of Wangkhem.

The American Bar Association Centre for Human Rights (ABACHR) also issued a statement condemning the imprisonment of Wangkhem under the National Security Act.

Wangkhem was in Sajiwa Central Jail in Imphal East since November 27 last year. Monday is day 132 since he was jailed, separated from his wife and two daughters.

The Outlook had been running a campaign for Wangkhem’s release and closely following up every development in the case.

Ashamed: We Failed To Shame Those Who Jailed Manipur Journalist Kishorechandra Wangkhem