If the LDF returns for a second term, it will be creating history as in the last 40 years, the state has alternated its governments every five years. 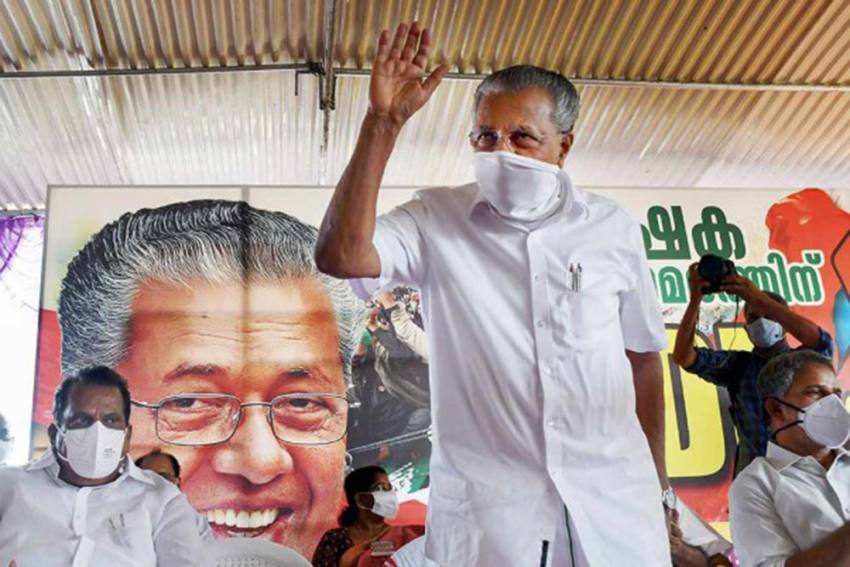 A single-phase voting for the 140 Assembly constituencies was held on April 6. After a month-long grueling campaign, it was an anxious and long wait for the political parties. The counting was scheduled for May 2, after the polling for five states got over on April 29.

Though the alarming Covid-19 situation in the country has dampened the spirit of counting day, foot soldiers of all main political parties have taken to social media platforms to discuss and debate the outcome of the polls. With the Election Commission banning victory celebrations in view of the pandemic situation, party workers of the main political parties told Outlook that they have opted for subdued celebrations.

Counting Tomorrow In Four States, One UT Under Covid Cloud

The supporters of the ruling CPM are elated as multiple exit polls and pre-poll surveys have predicted an emphatic victory for the ruling CPM-led LDF. If the party returns to office for a second term, the communists will be creating a history of sorts. In the last 40 years, the state has alternated its governments every five years. It always stuck to two political coalitions — the LDF and the UDF.

It will be a setback for the grand old party Congress if it fails to secure power. The party was banking on its senior leader Rahul Gandhi, who is a Parliamentarian from the Wayanad constituency. Congress leaders are also aware that if the party fails to snatch power from the Communists, it will reflect poorly on Rahul Gandhi’s leadership too.

The third player in the fray—BJP-led NDA’s performance will be keenly watched. The party sees a bright chance of winning for its star candidate E Sreedharan, who is also known as “metro man”. The party is also hoping to increase its vote significantly, say its leaders. Currently, the saffron party has a vote share of 15 per cent, while it holds one seat in the 140-seat Assembly.

The exit poll results showed the popularity of the Pinarayi government especially among women and youth, say CPM leaders. Observers believe that if the LDF returns to power, it will reinforce Chief Minister Pinarayi Vijayan’s leadership in the party.

The party was banking on Vijayan’s image as a crisis manager in the face of adverse situations such as floods, the Nipah virus, and the pandemic. Party leaders believe that it will be rewarded for the welfare measures undertaken by the government such as providing welfare pensions and free rations among others.