India Brought Both China And Pakistan To Their Knees, Says BJP In J-K

There is near normalcy in J-K and militancy is on its last leg, the resolution says 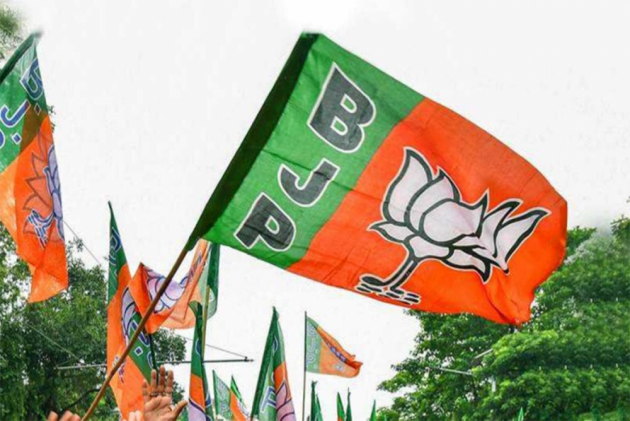 In Jammu and Kashmir, the BJP on Wednesday passed a long resolution hailing Prime Minister Narendra Modi’s government for teaching “both China and Pakistan” a lesson.

The resolution called both China and Pakistan enemies, which have been brought to their knees by the BJP government. It says India forced China to retreat its troops from the Ladakh region and Pakistan to go for a ceasefire. The resolution says there is near normalcy in J&K and militancy is on its last leg.

The resolution was passed in a two-day working committee meeting conducted on March 6 and 7, at Katra.

EGI Expresses Concern Over 'Detention' Of Kashmir-Based Journalists For Their Reporting, Editorials

“During the difficult Covid-19 pandemic, India had to fight two-pronged enemy attacks from China and also from Pakistan. India under the leadership of Mr Modi Ji fought well on both fronts with strategy and vision and with the valour of the security forces, taught a lesson to both the enemies at the same time. In view of the tough response from India, Pakistan has retreated and come to its knees and agreed to the reaffirmation of a ceasefire between India and Pakistan. Since then firing on the border has also stopped,” the resolution reads.

“At the same time, India also forced China to retreat its troops from the places of intrusion in the Ladakh region. It was not only given a tough fight by the Indian Army but due to strategic and diplomatic decisions taken by the government of India brought China to its knees,” the resolution read. “J&K BJP thanks the Indian Armed forces in teaching a lesson to both the enemies and earning names for themselves and for the country.”

“J&K BJP also applauds the role of the police personnel, paramilitary forces and Indian armed forces doing their duties in J&K and fighting against the Pakistan-sponsored terrorism. There had been major victories against the terrorists to the extent of eliminating all the leadership of terrorists who are now clueless and terrorism is at its last legs. There is now near normalcy in the union territory of J&K owing to strong decisions of the Government of India, UT administration, police, paramilitary and Indian Armed forces,” the resolution said.

“India has almost emerged from the impact of the Covid-19 pandemic. We are at the last leg of the pandemic, which has not only drained the resources through financial, human, infrastructure of the world, but also changed the dimension of the world order. Whereas China is seen as the country that has given pandemic to the world, India has emerged as a country that is the saviour of the world during these bad times,” the resolution read.

“While China stood as a dragon that brought the world to the brink of death, it is India which has not only successfully absorbed the impact of the Covid-19 pandemic and saved its huge population from destruction and death but is also saving the world community by extending helping hands to all by supplying vaccines for Covid-19 prepared by Indian pharmaceutical companies,” the resolution said.

“Covid-19 is divided the world into two ---- the destructors and the saviours. Covid-19 posed many challenges to India and India faced a lot of success with little damages because of effective leadership of Prime Minister Narendra Modi Ji, but this also has given new opportunities for India to grow fast and emerge as the world leader and new hub for industrial growth and the world supplier,” the resolution read.