Modernity may not have reached the naxal-affected districts of Odisha, but Corona has. 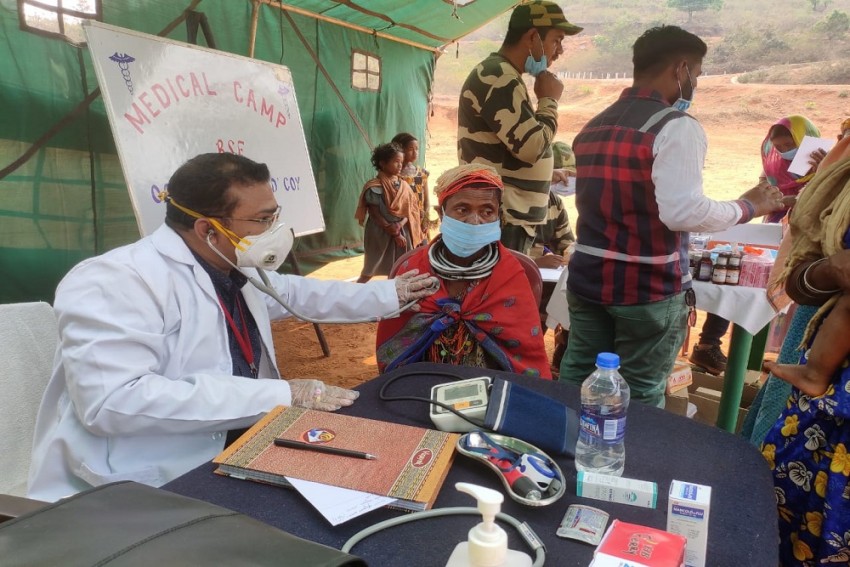 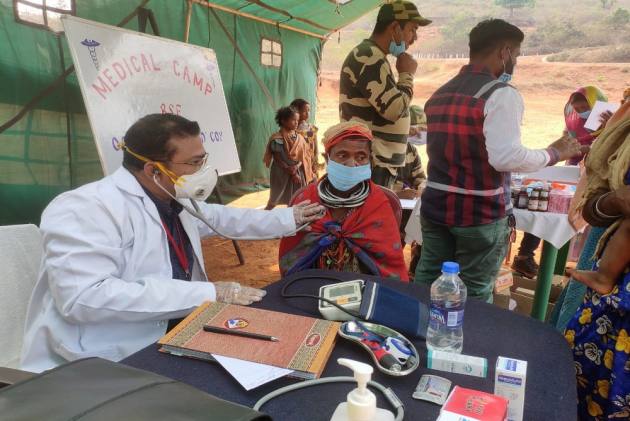 Known for decades as a fortress of Maoist insurgency because of its remoteness and inaccessibility, Malkangiri district in the extreme south of Odisha bordering Andhra Pradesh fits the description ‘back of beyond’ perfectly. Life in the Bonda Hills, comprising the two panchayats of Mudulipada and Andrahal, in particular, is still stuck in the medieval age, far removed from the 21st century that the rest of the state lives in.

Modernity may not have reached these remote parts, but Corona has. Alarm bells were sounded in the state capital after at least 12 members of the Bonda community, a particularly vulnerable tribal group (PVTG) that seldom goes out of its territory, were found infected with the dreaded virus. Concerned about the consequences of a spread of the pandemic in the area, the state government launched a vaccination programme in the Bonda Hills. But getting the tribals, still tied to their ancient beliefs and traditions, to the vaccination centres was a Herculean task.

“At the outset, it was extremely difficult to convince them to get vaccinated. They had this superstition that they would die if they take the vaccine. That’s why we launched an intensive awareness campaign to remove their misgivings about the vaccine through ASHAs and anganwadi workers before launching the vaccination drive in the Bonda area. The exercise yielded results and the people are now coming to the two vaccination centres at Mudulipada and Andrahal on their own,” says Dr Debabrata Barik, in charge of the vaccination drive in the Bonda Hill. To gain the confidence of the community, the ASHA at Andrahal, who also belongs to the Bonda tribe, was given the first vaccine. The services of the sarpanches of Andrahal and Mudulipada were also requisitioned to build confidence in the community.

Every day, Dr Barik, with paramedical staff, sets out from the community health centre (CHC) at the block headquarters Khajuripada, where the vaccines are preserved, for the vaccination centres at Mudulipada (14 km) and Andrahal (28 km). On an average, 50-60 people are vaccinated every day. Unlike in other areas of the state, there has been no shortage of vaccines here with supply outstripping demand. 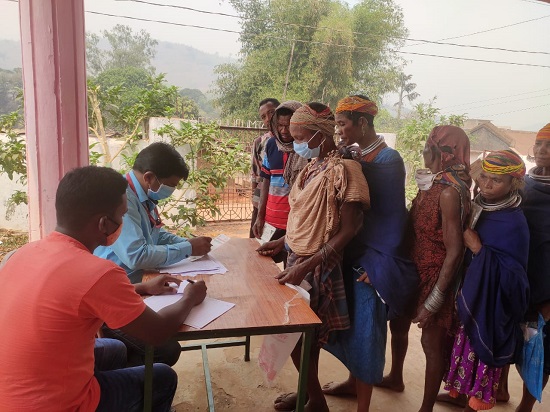 The detection of positive cases in the Didayi community, another PVTG, is another major concern for the Malkangiri district administration.

Concern also mounted in neighbouring Rayagada district, after 20 persons belonging to the Dongria Kondh tribe, another PVTG living on the foothills of Niyamgiri, tested positive for Covid-19. A major worry for the administration is the resistance of the primitive tribe not just to the vaccination drive, but also testing. A health department team that had reached Parsali on the foothills of Niyamgiri to conduct tests on the tribals on May 17 had to return without conducting any tests after the latter opposed the move stiffly.

As per figures issued by the district administration, altogether 716 people have been vaccinated in the district, only six of whom have received the second dose. The number of positive cases since the pandemic broke out last year stood at 6826 as on May 17, 5984 of whom have recovered. As of now, there are 813 positive cases in Malkangiri, sources in the district administration said. Four persons have died of the disease in the second wave while 25 had perished in the first, the sources added.

The saving grace is that the test positivity rate (TPR) in Malkangiri district, at 12-13%, is the lowest in the state. But there is no room for complacency because awareness of the damage potential of the virus is also the lowest in these parts.

No Board, Only Breakfast: Amul's Topical After Class 12 CBSE Board Were Called Off