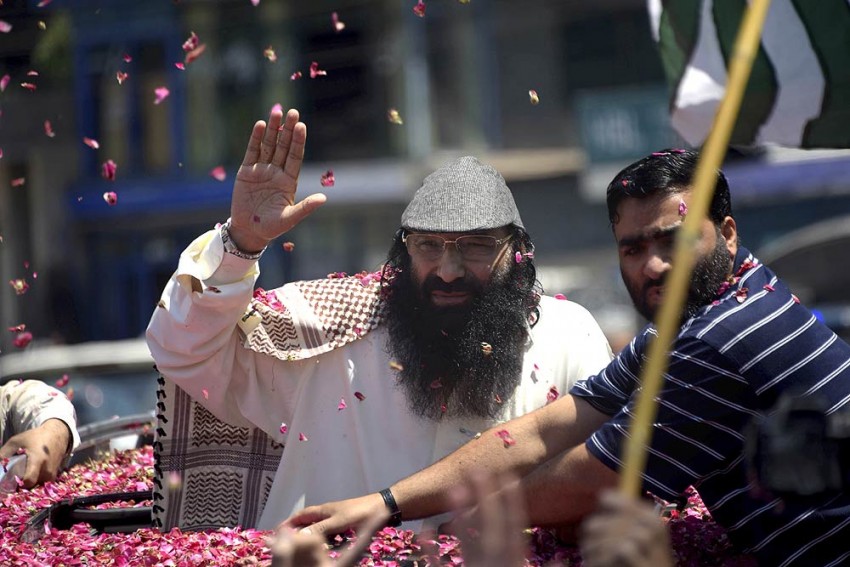 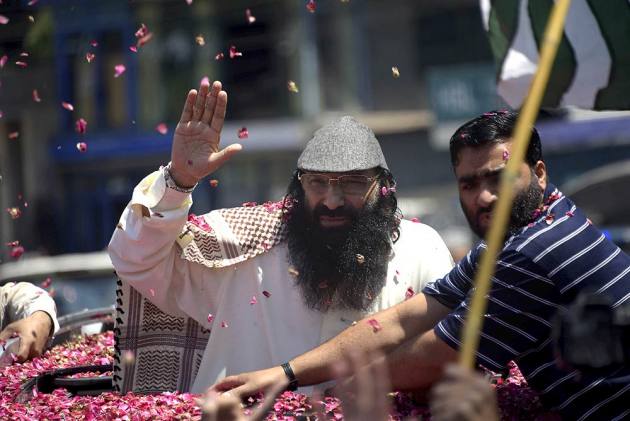 Continuing to deal with terrorism with an "iron hand", the government on Tuesday designated 18 more individuals as "terrorists" including chief of the banned Hizbul Mujahideen Syed Sallahuddin, founders of Indian Mujahideen Bhatkal brothers and a close lieutenant of underworld don Dawood Ibrahim, Chhota Shakeel, taking the total number of such proscribed persons to 31.

The hijackers of an Indian Airlines plane in 1999 -- Abdul Rauf Asghar, Ibrahim Athar and Yusuf Azhar -- have also been named in the list, prepared under provisions of the amended Unlawful Activities (Prevention) Act, a home ministry spokesperson said.

Earlier, only terror outfits could be designated as such under the stringent law and not individuals. But the amended anti-terror Act, passed by Parliament in August 2019, introduced a provision to designate as "terrorists" individuals who commit or participate in acts of terrorism, prepare for them, or promote or encourage such acts.

By invoking the said amended provision, the central government had designated as terrorists four individuals in September 2019 and nine individuals in July 2020.

"Reinforcing the commitment of strengthening national security and its policy of zero tolerance to terrorism, the Modi government today has declared 18 more individuals as designated terrorists under the provisions of the UAPA," the spokesperson said.

"These individuals are involved in various acts of terrorism from across the border and have been relentless in their nefarious efforts of destabilizing the country," he said.

Among those named in the list of terrorists are Sajid Mir, Pakistan based top Lashker-e-Taiba (LeT) commander who was one of the main planners of the 26/11 Mumbai terror attack; Yusuf Muzammil, a LeT commander and accused in the 26/11 Mumbai terror attack; Abdur Rehman Makki, brother-in-law of Lashker chief Hafiz Saeed, who heads political affairs and has served in the outfit's foreign relations department.

Besides being involved in the 1993 serial blast in Mumbai, they are also accused of looking after all criminal and underworld operations of D-Company.

Farhatullah Ghori alias Abu Sufiyan, a Pakistan-based terrorist who was involved in the attack on Akshardham Temple (2002) and the suicide attack on the Task Force office in Hyderabad (2005), also finds his name on the list.

Three kin of Jaish-e-Mohammed chief Masoor Azhar -- Abdul Rauf Asghar, Ibrahim Athar, and Yusuf Azhar -- all wanted in connection with the hijacking of an Indian Airlines plane in 1999 have been designated as terrorists. They are also on the Interpol Red Corner list.

The trio are also involved in setting up training camps in Pakistan for recruitment and militant training. Asghar is also a key conspirator in the 2001 terrorist attack on Parliament House.

Besides Sallahuddin, whose original name is Syed Mohammed Yusuf Shah, his deputy Ghulam Nabi Khan alias Amir Khan has also been designated a terrorist. They have been accused of being involved in fundraising and routing finances to India for the furtherance of terrorist activities by Hizbul Mujahideen cadres.

Shahid Latif, a Pakistan-based terrorist and Jaish's Commander of Sialkot sector, involved in the launching of JeM terrorists into India, has also been named. He is also involved in planning, facilitation, and execution of terror attacks in India.

"Under the strong and iron-willed leadership of Prime Minister Narendra Modi, the Central Government had amended the Unlawful Activities (Prevention) Act, 1967 to include the provision of designating an individual as a terrorist," the spokesperson said.

Prior to this amendment, only organizations could be designated as terrorist organizations. Union home minister Amit Shah has unequivocally reaffirmed the nation's resolve to fight terrorism, he said.