Many seasonal fruits such as apples, plums and peaches were destroyed due to a massive hailstorm, earlier this week 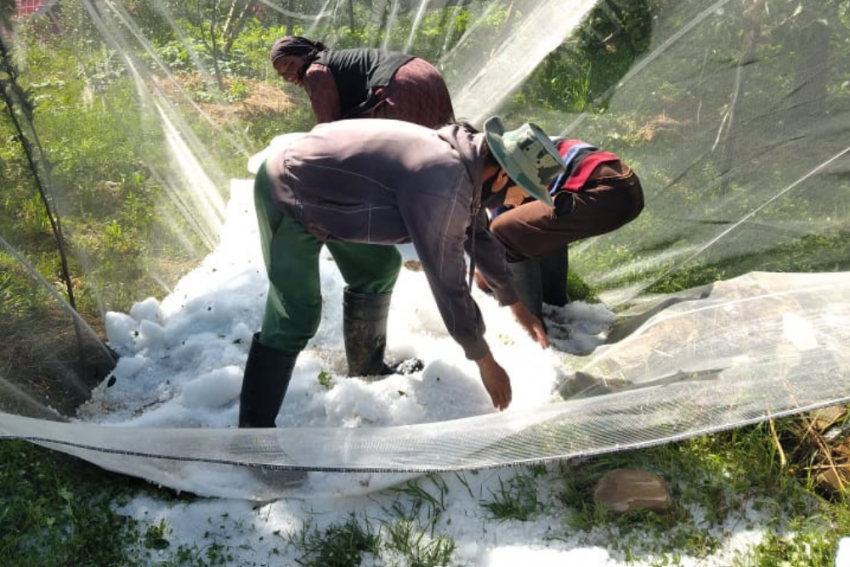 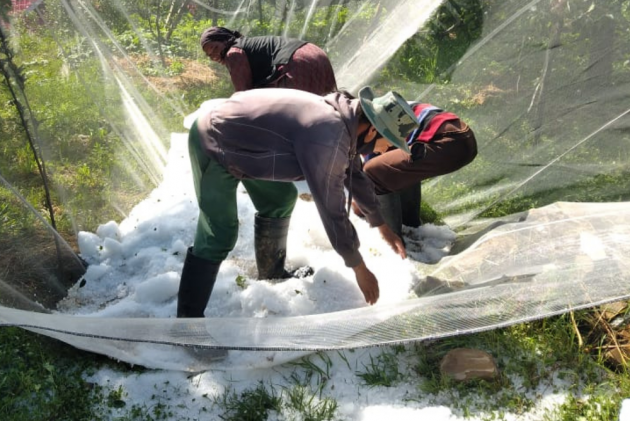 Baghi, an apple belt in Shimla district witnessed thunderstorm accompanied by strong winds and hail on Friday, which left many fruit-laden trees destroyed.

Madan Chauhan, an orchardist and retired IAS officer at Himari in Jubbal-Kotkhai –Rohru apple belt said, “As far as I remember, this region never witnessed a hailstorm before Monsoon. The loss caused by this incident is unimaginable.”

Many other areas in the state such as Rohru, Swaswati Nagar, Kotkhai, Kotgarh and Thanedar have also reported crop damages. Small orchardists have suffered the worst as the hailstorm has left the plants there completely flattened.

Dr Vijay Singh Thakur, former vice-chancellor of Dr Y S Parmar Horticulture University, says that this hailstorm will also result in future damages as it has uprooted many plants in the state’s fruit belt.

“Reports from Matiyana, Thanedar, Kumarsen, Rohru and Jubbal have astonished everyone. Apart from fruits, the storm has left hail nets and trees also damaged,” he said.

This is the second time in the last 20 days that the state’s fruit belt has suffered heavily.

Rajkumar Bhimta, an orchardist in Baghi, said his region experienced an unusual snowfall in the last week of April, which resulted in massive damage.

State horticulture minister Mohinder Singh Thakur said he has received reports from many farmers about the losses.

“I have asked the horticulture department to assess the losses. The developments are worrying as such incidents can adversely impact the state’s economy because apple alone accounts for Rs 4,500 crore of our annual income,” he said.