Indian Army has patrolled the area, in which PP-14 is located, for decades. But after the troop disengagement, the area now falls inside China’s 'buffer zone'. 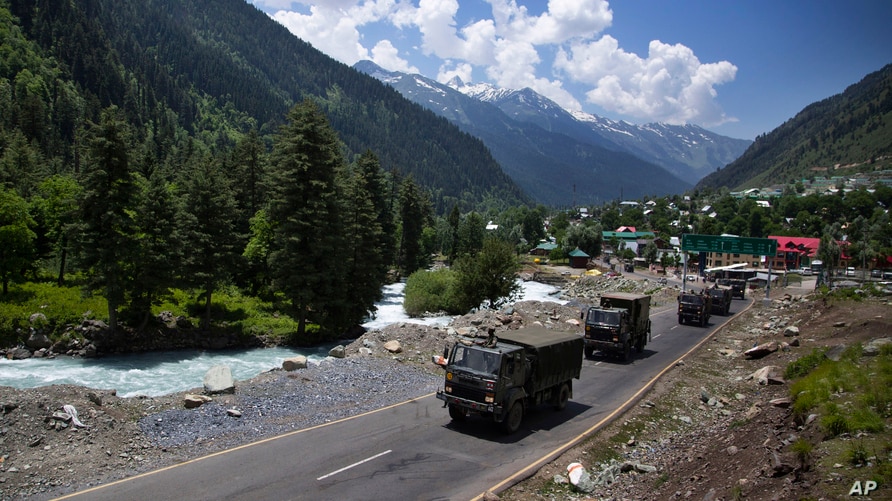 The de facto border -- Line of Actual Control -- between India and China has been shifted into Indian territory by a kilometre after the mutual troop disengagement in Galwan Valley, a media report said.

According to a report in Business Standard, the terms of disengagement, negotiated on June 30 between senior military commanders from both sides, regard the LAC as running through the Y-Nallah Junction. “This is one km inside India, when compared with the LAC’s historical alignment next to Patrolling Point 14 (PP-14),” the report said.

Indian Army has patrolled the area, in which PP-14 is located, for decades. But after the troop disengagement, the area now falls inside China’s “buffer zone”.

As per the agreement between the Corps Commanders, a buffer zone of at least 1.5 km on both sides of the Line of Actual Control had to be created.

“By restricting the Indian presence to “tent camps”, China can continue with its new claim over the entire Galwan River valley – which it has voiced several times in the past two months,” the Business Standard report said.

The report quoted Army sources as saying, “by measuring all distances from the Y-Junction, rather than from the traditional LAC alignment west of PP-14, the Y-Junction has been effectively regarded as the LAC point.”

As per the agreement, the two armies cannot patrol areas ahead of their forward ‘tent posts’.

That effectvely means that the Indian Army, which earlier patrolled up to PP-14, have been restricted behind by a distance of 2.4 km fom that point. While as Chinese patrols can come up to 400 metres from PP-14.

“Near PP-15, where the Chinese have built a road extending 3 km into Indian-claimed territory, more than 1,000 Chinese troops are eyeball-to-eyeball with an equal number of Indian soldiers,” the report added.

In Delhi, the Congress has raised questions before Prime Minister Narendra Modi on the status of India's position in the Galwan Valley. It asked whether a buffer zone in its own territory was being created and the claim over the Galwan Valley being diluted.

"Dear PM. 1. Are you creating a 'buffer zone' in our own territory? 2. Are you pushing our forces back 2.4 KM in our territory? 3. Are you compromising on PP-14 being Indian territory? 4. Are you diluting India's claim over Galwan Valley? India demands answers," tweeted Congress leader Randeep Surjewala.