Farmers will hoist black flags atop their houses, vehicles and shops on May 26, farmer leader Balbir Singh Rajewal said 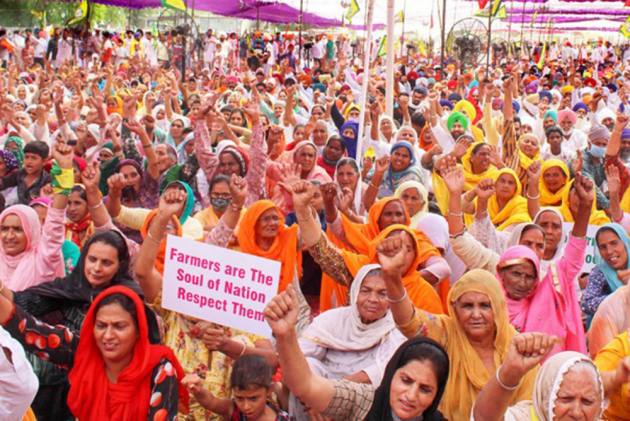 Farmers protesting the Centre’s new agriculture legislations will observe May 26 as ‘black day’ to mark six months of their sit-in agitation at Delhi’s borders.

Making the announcement on Saturday, Samyukta Kisan Morcha (an umbrella organisation of 40 farmers’ groups) leaders said protesting farmers will hoist black flags atop their houses, vehicles and shops on May 26.

"On May 26, we will complete six months of this protest and it also happens to mark seven years since PM Modi formed the government. We will observe it as black day," farmers leader Balbir Singh Rajewal said during a virtual press conference, earlier today.

Punjab Farmers Elated Over Poll Outcome, Plans To Hold All-India Convention On May 10

Thousands of farmers mostly from Uttar Pradesh, Punjab and Haryana have been camping at various Delhi border points since November 2020, to protest the Farmers' Produce Trade and Commerce (Promotion and Facilitation) Act, 2020, Farmers' (Empowerment and Protection) Agreement on Price Assurance and Farm Services Act, 2020 and the Essential Commodities (Amendment) Act, 2020.

While numerous rounds of Centre-farmer talks have been held in an attempt to resolve the issue, the stalemate between the two sides has continued with the farmers’ sticking to their main demand—a complete revocation of the three contentious legislations.

Apart from farmers, Rajewal appealed to others as well to support the call for observing ‘black day’ on May 26.

"We appeal to people of the country and also Punjab to hang black flags at their house, shops, trucks and other vehicles. We will also burn effigies of (PM) Narendra Modi as a form of protest," he added.

He said that the government has not heard the farmers demands to repeal the three farm laws and "with increasing prices of fertilisers, diesel and petrol, the farming business is not possible".