The JJP has allied with the BJP to help form a 'stable' government in the state. 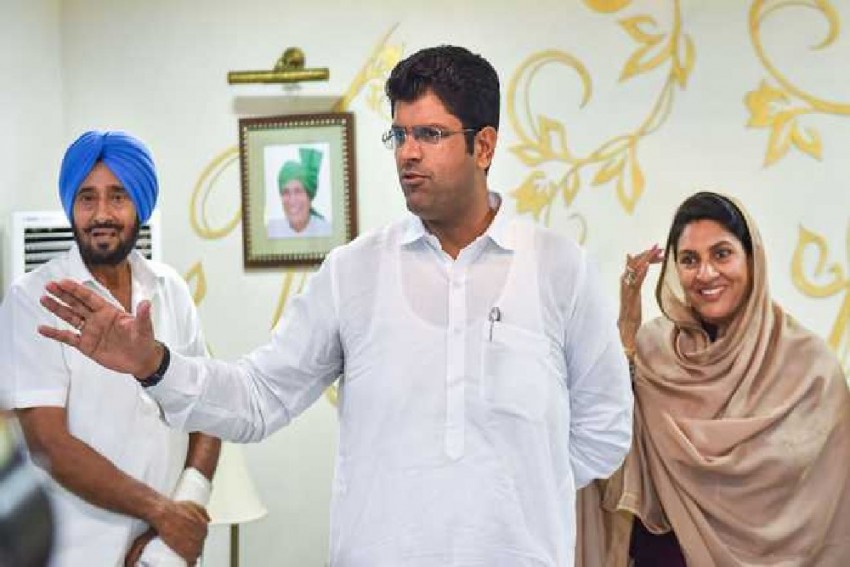 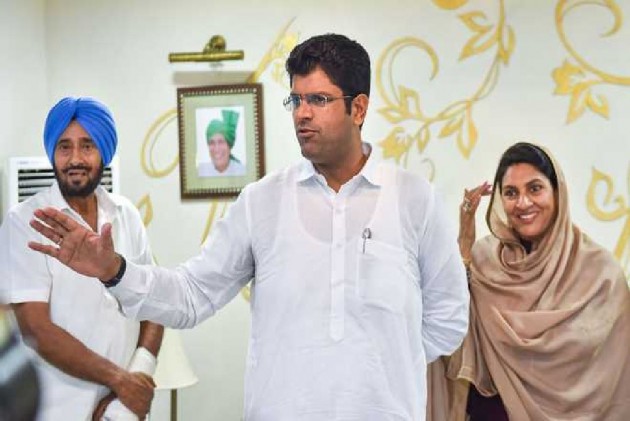 The JJP is considering the name of Naina Chautala for the post of deputy chief minister of Haryana instead of party leader Dushyant Chautala, party sources said on Saturday.

Naina Chautala is the mother of Jannayak Janata Party (JJP) leader Dushyant Chautala and wife of Ajay Chautala, who is lodged in the jail after conviction in a teacher recruitment scam along with his father and former chief minister Om Prakash Chautala.

She was elected from the Badhra assembly segment and had defeated Congress candidate Ranbir Singh Mahendra with a margin of 13,704 votes in the just concluded elections.

However, the final decision is yet to be taken, according to the sources.

The BJP on Friday had sealed a deal with the JJP to form the next government in Haryana after the saffron party fell short of six seats from the majority mark.

Under the arrangement, the chief minister will be from the BJP and deputy CM from the JJP, which won 10 seats in the polls to the 90-member Haryana Assembly.

Earlier, Naina Chautala was an INLD MLA from Dabwali.

She joined the Jannayak Janata Party after its formation following a feud in the Chautala clan last year.

Dushyant is also expected to reach Chandigarh in the afternoon and meet the governor to submit his party's letter of support to the BJP.

Dushyant, great-grandson of former deputy prime minister Chaudhary Devi Lal, had said his party believed that the alliance was necessary for stability in Haryana.

The BJP's decision to win over the Chautalas underlines its quest to placate the Jats, a dominant community in the state, which is believed to have voted against it in the polls.