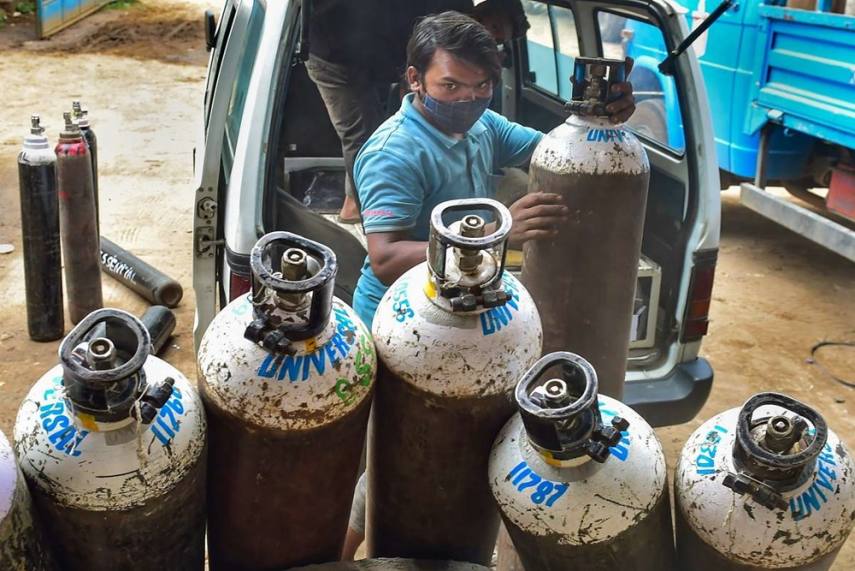 The  government’s charge that the Delhi government had made exaggerated claims of its oxygen requirement during the peak of the second wave of Covid has surprised and even upset many who lost their dear ones or strived to help others tide over the health crisis.

A five member sub group appointed by the Supreme Court is divided on whether the Delhi government had exaggerated its requirement.

Mohammed Anas of Adhikar Foundation, a NGO, recalls that the demand for oxygen was huge as in every second lane in a colony there were one or more Covid positive cases. In many cases even severe patients were being treated at home as most hospitals and Covid treatment facilities did not have beds available. Even when hospital beds were available, people were told to arrange oxygen supplies, as it was in low supply or out of stock.

“The situation was so dire that every time a message was received about availability of oxygen anywhere between 100 to 200 people would line up overnight. Many people paid very high prices for an oxygen cylinder or even refill,” says Anas, who with his team helped provide free oxygen to many in the capital during the crisis in April and May.

Dr G S Grewal, president elect, Delhi Medical Association, states that on the ground nobody can deny that there were innumerable people running around for oxygen supplies. “Everybody recognized that there was a crisis and efforts were made to provide relief. As during a war, one does not question a general. …Politicizing the issue today is insulting and does not make administrative sense,” says Grewal, who works as a geriatric care consultant with a leading private hospital.

GrewaI strongly feels that in an emergency what anybody did should not be judged retrospectively. “The present statements being made are distasteful and need to be condemned. We need to study what happened so that in the event of any similar crisis in the future, the same thing does not happen again,” opines Grewal.

Civil society members, who took a lead in arranging care for the poor and needy, say there was no doubt black marketing of oxygen cylinders was happening which is why the Delhi government took measures to streamline its supply under the supervision of the district magistrate. If there was no problem then why were such measures necessary?

Indu Prakash Singh of CityMakers Mission International, which works with the homeless, strongly feels that the union government is “clearly playing politics…As a person working with the homeless and someone who has personally faced difficulty in getting admission in a hospital with oxygen supply, I can vouch for the fact that there was a mad scramble for oxygen. Many of us paid very large sums of money for a cylinder of oxygen.”

Singh lost his wife due to Covid. He had to struggle to get her admitted to various hospitals in Delhi but as most faced lack of oxygen, she was finally admitted to a hospital in Noida where she died.

The demand and supply of oxygen was a challenge not just in Delhi but also in many nearby areas and also in western UP, where gram panchayat elections were being conducted. As expected, elections came at a cost with a large number of people falling sick.  “Driven by fear of the disease as also reports that patients going to hospitals were dying due to lack of care, many villagers had started stocking up oxygen cylinders at home in anticipation of any emergency requirements. The situation became so dire that orders were passed that oxygen would only be made available after getting permission of SDM,” recalls Anas, who was working in the affected villages during the panchayat elections.

Singh charges that the union government’s allegation that the Delhi government demanded four to five times its requirement of oxygen is questionable as even the basic needs were not being met. “The neglect of people’s needs, while the central government was busy with electioneering in states, was akin to murder,” he states. A sentiment he has shared even on his Facebook account.