The rainfall in Delhi, Uttar Pradesh, northern Rajasthan, Himachal Pradesh and Uttarakhand on Wednesday was a result of interaction between the remnant of cyclonic storm Tauktae and a western disturbance. 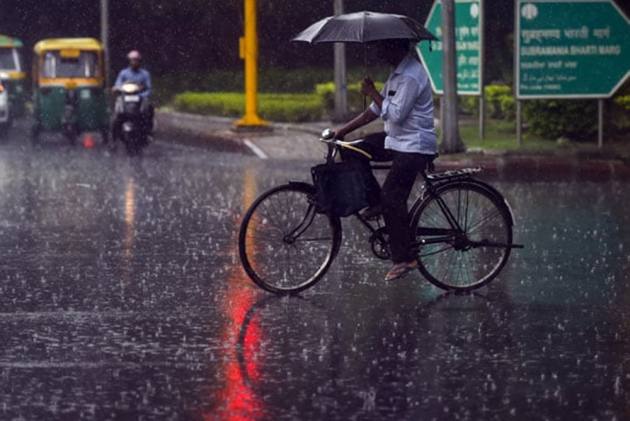 The Indian Meteorological Department (IMD) on Thursday said a record 119.3 mm of rainfall pounded Delhi under the impact of cyclonic storm Tauktae and a western disturbance in 24 hours ending 8:30 am on Thursday, breaking all the previous records for May.

Delhi had also recorded a maximum temperature of 23.8 degrees Celsius on Wednesday, 16 notches below normal and the lowest in the month of May since 1951, it said.

"A record 119.3 mm rain fell in Delhi between 8:30 am on Wednesday and 8:30 am on Thursday, which is a new record for May. The capital had recorded 60 mm rainfall in a 24-hour period on May 24 in 1976," an Kuldeep Srivastava, the head of India Meteorological Department's regional forecasting Centre said.

The rainfall in Delhi, Uttar Pradesh, northern Rajasthan, Himachal Pradesh and Uttarakhand on Wednesday was a result of interaction between the remnant of cyclonic storm Tauktae and a western disturbance, the IMD said.

R K Jenamani, senior scientist, national weather forecasting centre, said, "May remains generally dry. Normally, Delhi gets maximum of 30 mm or 40 mm (24-hour rainfall) in this month. The rain lasts only an hour or less. But this is completely different system coming from Arabian Sea and meeting with a western disturbance. Because the feature is rarest, so this much rain is not a surprise."

The IMD said "rainfall activity is very likely to decrease" on Thursday and "scattered to fairly widespread" rainfall is forecast in the capital.