Immunisation For All But Where Are The Covid Vaccines?

Who advised the government to extend the Covid vaccination drive to all adults without considering supplies? 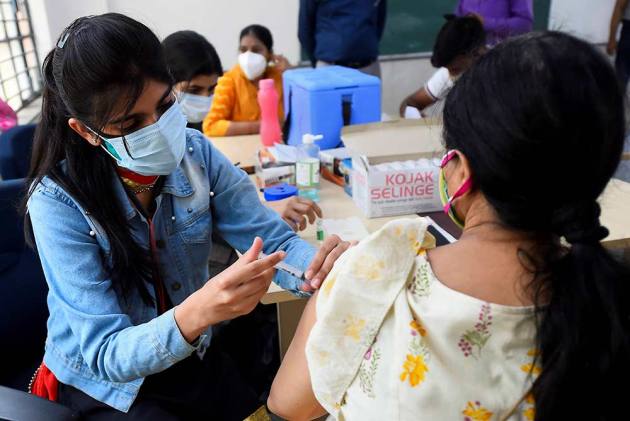 Was the decision to vaccinate people below 45 years against Covid a purely political decision? The National Technical Advisory Group on Immunisation (NTAGI), a government advisory body, had apparently not recommended putting this age group in the “priority category”, according to a news report. “The original plan was to vaccinate people above 45 years of age. Those below 45 years were not the priority category,” NTAGI chairman N.K. Arora told The Economic Times.

The advisory body had argued that the 45-plus category should be given priority as the pattern of hospitalisation and deaths in the second wave is similar to what it was in the first wave. Immunising those above 45 years would help ease the pressure on the healthcare system, Arora is reported to have stated, adding that the decision to open vaccination for those in the 18-45-years age group was not driven by technical considerations, but “political” ones.

Suresh Jadhav, executive director of the Pune-based Serum Institute of India, manufacturer of Covishield, says the decision was taken without considering the availability of the vaccine. Speaking at an e-summit, Jadhav pointed out that initially, 300 million people were to be vaccinated, for which 600 million doses of vaccines were required. But before this target could be met, the government opened the vaccination for all above 45 years, quickly followed by the decision to vaccinate those above 18 years, “knowing well that so much vaccine is not available,” said Jadhav, according to a PTI report.

The shortage in the supply of vaccines has led to considerable criticism of the central government, which in turn has given state governments the freedom to import supplies and directed domestic manufacturers to supply 50 per cent of their production directly to the states. This decision too has been widely criticised as most states are not in a position to afford the high global prices nor do they have the wherewithal or collective bargaining clout the Centre would have.

Of course, more young people have fallen sick or died of Covid in the second wave than in the first wave. But the mortality so far has been more among senior citizens and those with comorbid conditions. Several countries are mulling or putting in place infrastructure to vaccinate people below 45 years, given the active work, travel and leisure activities of this demographic. Some countries have also banned certain vaccines after studying their side effects. In India, much more needs to be done to study these aspects apart from better management of available vaccine supplies, say experts.

Universal immunisation is one area where India has a lot of expertise, including in the remotest areas. Alok Mukhopadhyay, chairman of the Voluntary Health Association of India, is all for vaccinating the young active population, but looking at the present mismanagement of available supplies, wonders who are the advisers behind the government’s decision. Why was the question of supplies not considered before hastening plans for vaccinating the younger population?

“Ultimately, scientists advice and politicians decide, which is what is happening in the case of Covid vaccination,” says Mukhopadhyay.