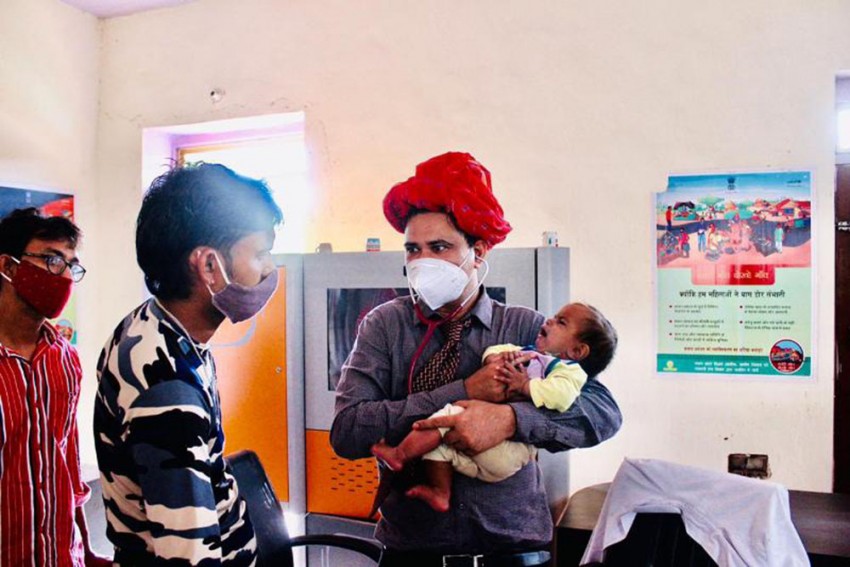 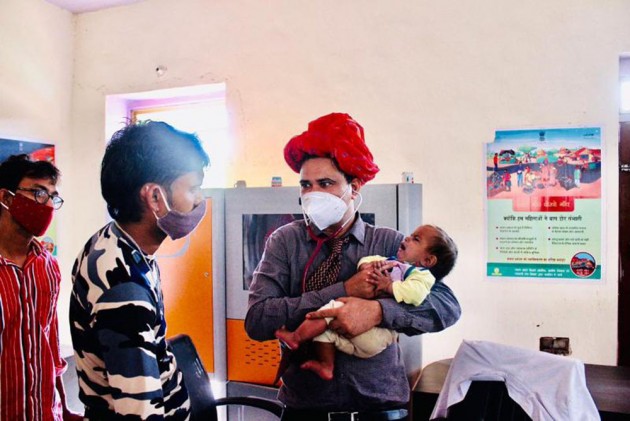 In an attempt to reach out to people in need of medical help in villages and slums across India, Gorakhpur-based paediatrician, Dr Kafeel Khan has been travelling across the country for the past two months.

Right from spreading awareness about Covid-19 to issuing lectures on the need to overcome vaccine hesitancy, Dr Kafeel Khan and his team have so far visited rural areas in at least seven states since April 15, 2021.

Khan, a doctor at Gorakhpur’s BRD Medical College and Hospital was released on September 1, 2020, from Mathura jail, after the Allahabad High Court dropped charges against him, which were registered under the National Security Act (NSA). The Court had deemed his arrest “illegal” and based on a selective reading of one of his speeches. Dr Khan was arrested on January 29, 2020 for an alleged inflammatory speech made during an anti-Citizenship (Amendment) Act protest at the Aligarh Muslim University last December.

Khan, who has recently been spreading awareness in villages across Rajasthan about Covid-19, told Outlook about his initiative-- Doctors on Road.

"These are unprecedented times. While the media is reporting on the pandemic in big cities, it's important to acknowledge that the Covid crisis has reached unimaginable levels in our villages and towns. On the occasion of Ambedkar Jayanti, we decided to launch an initiative called Doctors on Road across India. So far we have treated almost 4,000-5,000 patients and covered several rural areas and slums in Delhi, Haryana, Punjab, UP, Bihar, West Bengal, Telangana, Assam and other north Indian states,” Dr Khan said.

Doctors on Road was launched by Dr Khan and Dr Harjeet Bhatti on April 14 at a medical camp in Delhi’s Kalkaji. "We are a group of civic-minded doctors, who are travelling to the hinterland to assess the ground realities and offer treatment and relief to patients. We also offered free medicines to those in need and we are spreading critical messaging on social distancing and Covid appropriate behaviour wherever we go. In every village we visit, the local NGOs working in the health sector also help us set up camps and other facilities,” Dr Khan told Outlook. At the moment, he is volunteering in Rajasthan along with a team of 10 doctors.

According to Dr Khan, the duo started the initiative with their own funds, but soon they started receiving donations which included crowdfunding from approximately 4.5 lakh people. They have also received donations of oxygen cylinders, masks, concentrators.

Pregnant women and newborns suffering most

Sharing his experience from Rajasthan’s Nawalpura village, Dr Khan told Outlook that apart from vaccine hesitancy and lack of awareness about Covid-19, the issue of improper deliveries has been plaguing rural India with pregnant women and newborns suffering the most.

“Before Covid-19 around 70 per cent of deliveries used to be institutional but due to the second wave of the virus, most of the deliveries in rural areas have become situational. The untrained maids do it at patients’ houses due to which we have come across several cases of birth asphyxia which later develops into cerebral palsy, malnutrition, lack of folic acid in lactating women and so on,” Dr Khan said.

The Gorakhpur-based paediatrician’s next stop is going to be Bihar.

After being released, Dr Khan along with his family shifted to Jaipur from Gorakhpur, fearing further imprisonment.

After living in a resort in Jaipur for a few days, he along with his family shifted to a rented flat. "I find Jaipur safe for me and my family.  I am getting only 50 per cent of my salary. Since the government has suspended me, I have resigned over 25 times. Neither are they reinstating me nor firing me. It is making it difficult to start afresh life or join a new full-time job,” he said.

Dr Khan has been suspended since August 22, 2017, in connection with a case pertaining to the death of 60 children at the Baba Raghav Das (BRD) Medical College in Gorakhpur. Dr Khan was hailed as a hero after witnesses credited him with saving the lives of children at the medical college when it witnessed oxygen shortage on the night of August 10, 2017. However, events took an ugly turn 12 days later when on August 22, he was suspended and blamed for the 60 fatalities at the facility.