The 21-day lockdown imposed from Tuesday midnight in a bid to halt the spread of coronavirus has triggered a mass exodus of migrant workers from cities in several states to their villages. 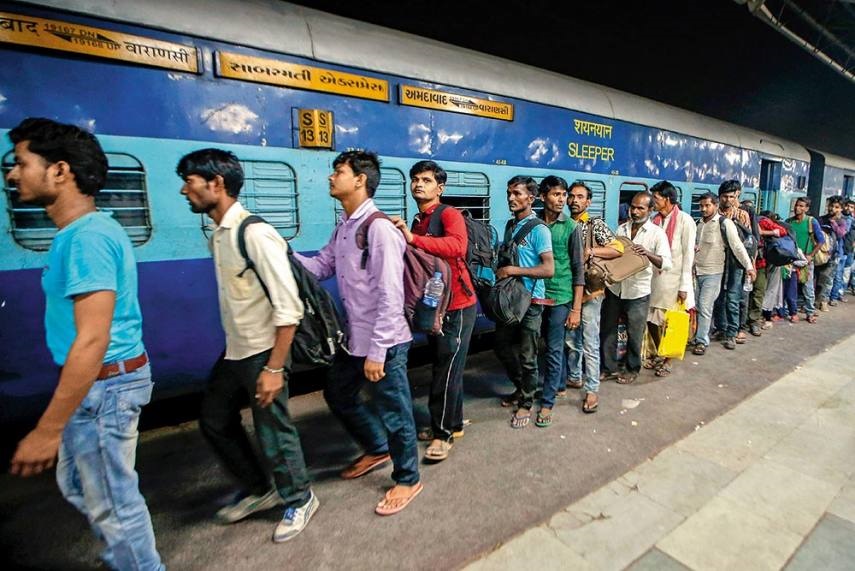 The Uttar Pradesh government has arranged for 1,000 buses to ferry migrant labourers who are stranded on the border districts owing to a countrywide lockdown, an official spokesman said onSaturday.

Officials of the Transport Department, bus drivers and conductors were contacted on Friday night to help the people who were stranded in Noida, Ghaziabad, Bulandshahar and Aligarh, among other places, he said.

"Till late in the night, Chief Minister Yogi Adityanath was busy issuing instructions for arranging buses for the purpose," the spokesman said, adding that the CM also directed officials to arrange for food and water for such people and their families.

On Saturday morning, senior police officers reached the Charbagh bus station in Lucknow to ensure that those arriving there were provided with food and water.

The 21-day lockdown imposed from Tuesday midnight in a bid to halt the spread of coronavirus has triggered a mass exodus of migrant workers from cities in several states to their villages.