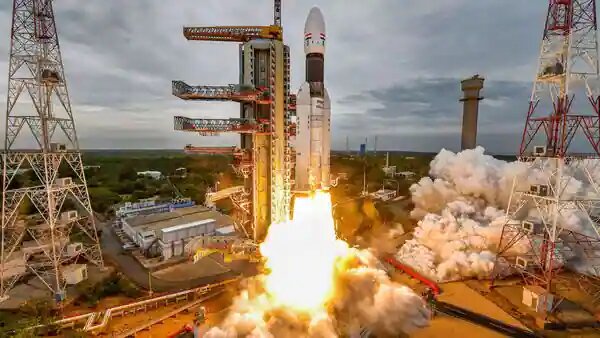 Indian Space Research Organisation (ISRO) stated that the comprehensive observations made by the Chandrayaan-2 orbiter payloads have yielded discovery-class findings.

According to the space organization, a variability of the Argon-40 at the middle and higher latitudes of the Moo was identified and observed bythe mass spectrometer CHACE-2 which also  depicted the radiogenic activities in the mid and higher latitudes of the Lunar interior. All these information surfaced when the mass spectrometer tried  conducting maiden in-situ study of the composition of the lunar neutral exosphere from a polar orbital platform.

The discovery of Chromium and Manganese on the lunar surface, which are available in trace quantities, by the CLASS payload was announced.

The observations of microflares of the Sun, during the quiet-Sun period, which provide important clues on the coronal heating problem of the Sun, were made by the XSM payload.
The first-ever unambiguous detection of the hydration features of the Moon was achieved by Chandrayaan-2 with its infra-red spectrometer payload IIRS, which captured clear signatures of Hydroxyl and water-ice on the lunar surface, ISRO said.

The DFSAR instrument could study the subsurface features of the Moon, detected signatures of the sub-surface water-ice, and achieved high resolution mapping of the lunar morphological features in the polar regions, it was stated.

Earlier this week, ISRO opened up its scientific discussions on Lunar Science to "the people of the country, to engage the Indian academia, institutes, students, and people from all disciplines and walks of life", in the form of a two-day 'Lunar Science Workshop & Release of Chandrayaan-2 Data'.

The workshop commemorated the completion of two years of the Chandrayaan-2 orbiter in the lunar orbit. The events were conducted in virtual mode.

"The lunar workshop delivered the big news of bunch of discovery-class of findings by Chandrayaan-2", the Bengaluru headquartered India's national space agency said.

ISRO Chairman and Secretary in the Department of Space (DoS) K Sivan inaugurated the workshop and released the documents on Chandrayaan-2 science results and data products for utilisation by the scientific community.

"The observations (of Chandrayaan-2 orbiter payloads) have been yielding intriguing scientific results, which are being published in peer-reviewed journals and presented in international meetings," Sivan said.

Chandrayaan-2, ISRO said, has the feat of imaging the Moon from 100 km lunar orbit with "best-ever" achieved resolution of 25 cm with its OHRC.

The TMC 2 of Chandrayaan-2, which is conducting imaging of the Moon at a global scale, has found interesting geologic signatures of lunar crustal shortening, and identification of volcanic domes, the ISRO said.

The DFRS experiment onboard Chandrayaan-2 has studied the ionosphere of the Moon, which is generated by the solar photo-ionisation of the neutral species of the lunar tenuous exosphere, it was noted.

The science data archived in Indian Space Science Data Centre (ISSDC) at Byalalu, near here, are being disseminated to public through its 'PRADAN' portal.

The questions received from the academia, institutes and students were addressed by the ISRO scientists during the two-day deliberations.

A panel discussion provided the opportunity to academia, institutes and students to interact with the ISRO scientists on lunar science and Chandrayaan-2, ISRO said.

Chandrayaan-2 is the second spacecraft in the Indian series of Lunar exploration satellites. It comprised an orbiter, lander named Vikram and rover named Pragyan to explore the unexplored South Polar region of the Moon.

It was launched on July 22, 2019 from the Sriharikota spaceport by GSLV Mk-III. It was inserted into a lunar orbit on August 20, 2019, with firing of thrusters on the orbiter.

The orbiter and lander modules were separated as two independent satellites on September 2, 2019.

Later, Vikram lander's descent was as planned and normal performance was observed up to an altitude of 2.1 km from Lunar surface on September seven, 2019. Subsequently, communication from the lander (with the six-wheeled Pragyan rover accommodated inside it) was lost and the lander had a hard landing on the lunar surface.

A successful soft-landing would have made India the fourth country after the erstwhile Soviet Union, the United States, and China to do so, according to ISRO officials.

The orbiter, placed in its intended orbit around the Moon, will enrich our understanding of the Moon's evolution and mapping of minerals and water molecules in polar regions, using its eight advanced scientific instruments, according to ISRO.

The precise launch and optimised mission management have ensured a long life of almost seven years for the orbiter instead of the planned one year, it said.