Home  »  Website  »  National  »  Can You Hear The Cries Of Homeless Women And Children In Nandigram, Dhankar Asks Mamata 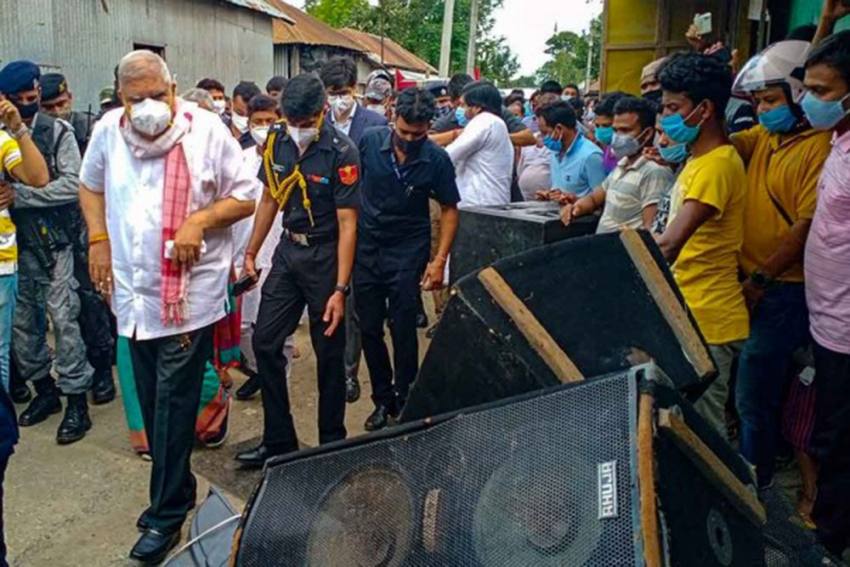 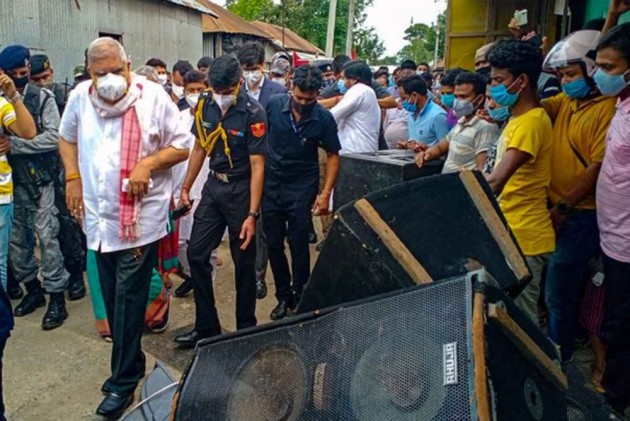 "You described the Sitalkuchi incident as cold-blooded murder and genocide. Have you heard the cries and screams of the children and women in Nandigram, where lakhs of people are homeless?” West Bengal Governor Jagdeep Dhankhar asked Chief Minister Mamata Banerjee on Saturday after he visited some camps in Purba Medinipur district where people allegedly affected by post-poll violence in Nandigram have taken shelter.

The governor questioned the "silence" of the chief minister over cries of children and women rendered homeless by the “TMC workers” there.

The camps are managed by Suvendu Adhikari and his BJP supporters.

Nandigram Assembly seat had witnessed a fierce fight between Mamata and her protégé-turned-rival Suvendu Adhikari. Adhikari defeated his former boss by over 1,900 votes.

The TMC supremo termed the incident of firing by the central force in Cooch Behar's Sitalkuchi in which four persons were killed as "genocide" but she is "silent over the situation in Nandigram", the governor asked.

"We feel bad to see the situation of West Bengal. India has never seen such a situation previously. The state is virtually sitting on a volcano," Dhankhar said.

People at the camps claimed to have fled their homes in Nandigram after the poll results were out on May 2. They also alleged that their houses were "ransacked by the TMC goons".

"The CM should understand the plight of people. She should also give attention to the post-poll violent situation here and elsewhere," Dhankhar said.

Dhankhar had on Thursday visited various places in Cooch Behar and met people who were allegedly affected by the post-poll violence. He was shown black flags at Sitalkuchi, while "go back" slogans were raised at Dinhata during his visit to the district.

The governor on Friday also visited a camp in Assam's Ranpagli, where several families claiming to be BJP supporters have taken shelter who faced post-poll atrocities.

The run-up to his visit to the north Bengal district was marked by a war of words between the governor and the chief minister.

The chief minister on Wednesday wrote to him claiming that his visit to the post-poll violence-affected Cooch Behar district violates norms, while Dhankhar hit back saying he was discharging duties mandated by the Constitution.

He wrote back saying that he has been following the Constitution since taking oath as the governor and his visit to Cooch Behar was to share the pain and agony of the people suffering from the post-poll violence.

Trinamool Congress on Saturday hit out at Dhankhar, saying he is not being taken seriously by political parties in the state any more due to his conduct to work in favour of one political party even putting to the backburner the all important fight against coronavirus.

Commenting on Dhankhar's visit to Nandigram during the day, TMC MP Sougata Roy said instead of being on the side of the people to create Covid awareness, "he is working to deflect attention from the all important fight against the pandemic."

"The governor has brought down his own importance before the people of state, before the parties by his conduct. He is becoming a laughing stock," Roy said in a scathing comment.

He said not only TMC, but political establishment in the state are apparently not taking Dhankhar seriously any more.