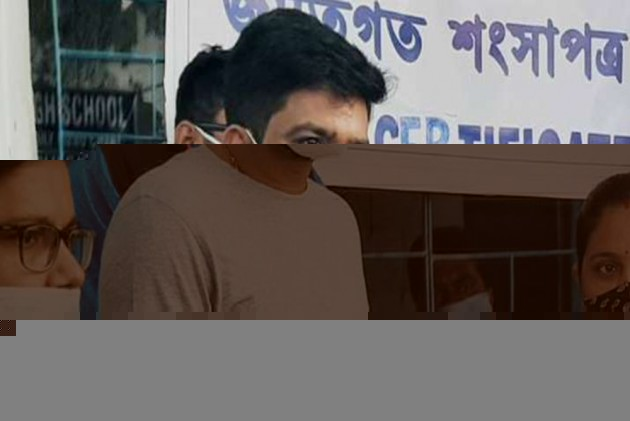 The ruling Trinamool Congress (TMC) on Tuesday said that the resignation of Laxmi Ratan Shukla as West Bengal minister of state for youth services and sports is unfortunate but it will not affect the party, while the BJP said that the former cricketer is welcome to join the saffron camp.

Shukla's resignation comes months before the Assembly election due in the state and almost a fortnight after transport minister Suvendu Adhikari left the party and joined the BJP.

The Congress claimed that TMC is collapsing and party supremo and state Chief Minister Mamata Banerjee has no remedy for it, while the CPI(M) asked her to explain why the state's ministers one after another are losing faith in her.

"Mamata Banerjee had given Shukla due respect and even made him a minister. He was inducted as part of our policy to give prominence to people from different walks of life. It is unfortunate if he quit his post, but it won't affect the party," TMC spokesperson Kunal Ghosh said.

Describing Shukla as a good party member, senior TMC MP Sougata Ray expressed hope that he will reconsider his decision.

BJP spokesperson Samik Bhattacharya said that if Shukla wants to join his party, he is welcome.

"The Trinamool Congress has no political ideology, no direction. It was established on an anti-CPI(M) plank which is no more relevant now. People at the grassroot level are aware that the TMC's days are numbered. Just wait for some more time," he told reporters. Bhattacharya did not comment on whether the party had been in touch with Shukla.

State Congress president Adhir Ranjan Choudhury claimed the TMC is collapsing and Banerjee does not know how to prevent it.

"We will not ask Shukla to join the party. But our door is open for those who want to be part of the Congress family, those who can't be with the BJP for ideological reasons," said Choudhury who is also the leader of the Congress in Lok Sabha.

Senior CPI(M) leader Sujan Chakraborty said that Shukla was a sportsman who was made an MLA by the TMC.

"It is not for us to comment on why he resigned as minister. He and his party supremo can explain it better. But the CM should explain why his ministers one after another are losing faith in her," Chakraborty said.

Shukla, a former captain of the Bengal Ranji Trophy team, sent his resignation letter to the chief minister and a copy of it to Governor Jagdeep Dhankhar.

Assembly elections in West Bengal are due in April-May this year.