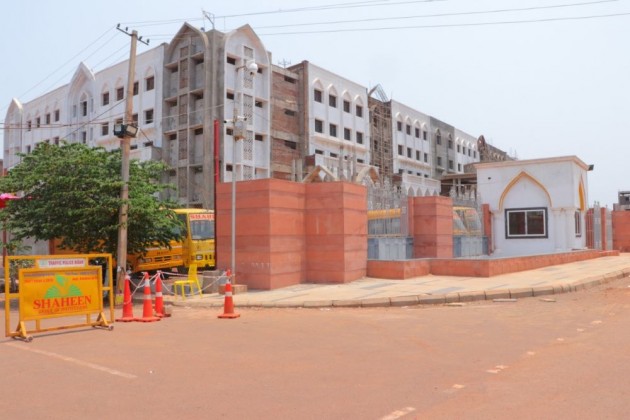 Two months ago, a school in Bidar in northern Karnataka was in the news for an allegedly seditious skit. It's now again making headlines -- this time because it's a quarantine centre where about 193 people are currently staying.

Thouseef Madikeri, CEO of Shaheen Group of Institutions says that the Bidar district authorities had approached them on April 12 because the government hostel that initially served as a quarantine centre was in a residential locality, which led to opposition from local people.

"So they were searching for another campus and they approached us," he tells Outlook. 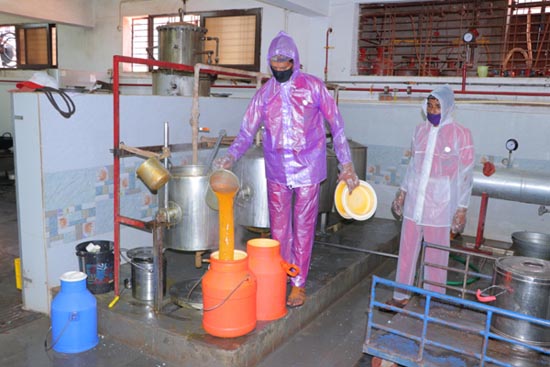 Food being cooked at the quarantine centre at Shaheen school in Bidar.

The authorities shifted 133 people on April 13 and another 60 people two days later -- all of them were primary and secondary contacts of COVID-19 cases who are under surveillance.

"In this situation, we have to contribute," says Madikeri. "We have a kitchen. So we are providing them with three meals a day and snacks and also masks and medicines." 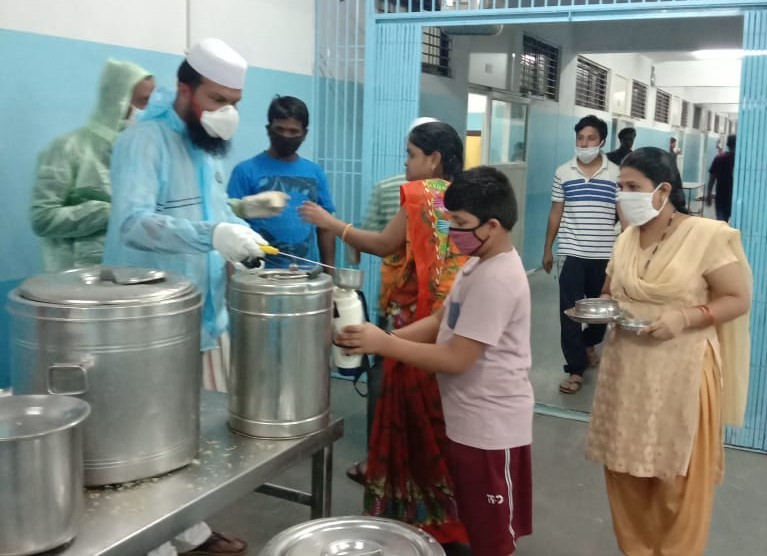 People in the quarantine centre of Shaheen School get their meals.

Shaheen's school in Bidar had been slapped with a sedition case in January after a local activist complained that the school staged a play during an annual day function criticising the Citizenship Amendment Act (CAA).

At the centre of the controversy was a class five student's act depicting an old woman brandishing a slipper as though to beat anyone who asked her for documents. Following this, the police had arrested the student's mother -- who's a single parent -- and the school headmistress.

"In the last three months, it's the third time in a row that we're on the front page," quips Madikeri, referring to the recent news reports of the quarantine centre.

The Shaheen campus, he says, can accommodate 3,000 residential students. "We have three campuses in Bidar city and one campus we have converted into the quarantine facility."