In an age where people stuck in their ways and traditions are holding the world back by refusing to acknowledge changing climate and social norms, this was a refreshing instance of using an age-old tradition to move the world forward. 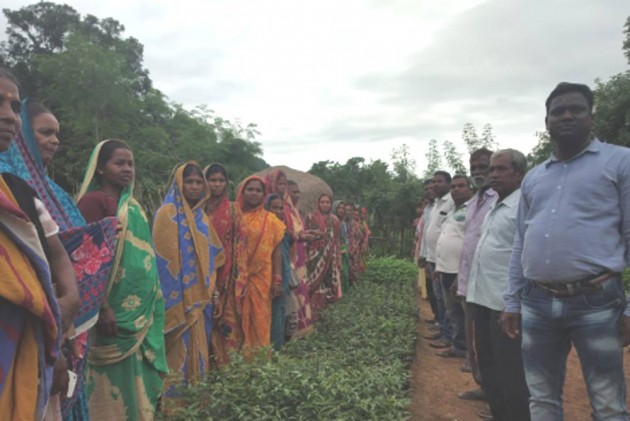 More stories from Aurko Mahapatra and Akash Baghar
View All

As the yearly festival of Raksha Bandhan approaches, women in India surf the shelves of Archies to find the perfect card to ensure that their brothers are inspired to protect them for another year.

Needless to say, this archaic practice holds little value today amongst the urban population but is more of an excuse for social gatherings. A small community in cyclone-hit Odisha, however, is going beyond tokenism to help evolve this tradition into something more meaningful.

Odisha is no alien to natural disasters. Cyclones with fascinating names routinely strike the state’s 490-kilometre long coastline, often leaving behind a trail of destruction. On May 2, Cyclone Fani (a category 5 storm) hit the state, and ever since the administration and independent organisations have shed sweat and blood in their efforts to rebuild the affected areas. One department which falls behind in the list of priorities for the administration, however, and is instrumental in maintaining the ecological balance, is the green cover.

Odisha lost over 2 million trees to Fani. Amongst these were trees which not only provided shade to the fishermen of the coastal region after a day of hard work under the scorching sun, but were also a source of livelihood for traders of cashew nuts and coconuts.

As the administration directed its efforts in rebuilding schools, houses, public buildings, and resettling displaced people, a methodological surgery was required to heal the wound that had festered beyond the skin, that too by the right personnel -- the people of the land. Welcome to the story of Odisha, a potential synonym for a survivor.

Brahmagiri, a stretch of coastal land that had lost a large part of its green cover, had been looking for solutions when the news came. They had received an invitation from a tribal community nestled in the hills of Nayagarh, an interior part of the land. A side note had specified for the visitors to be males only.

Two ivory-white Boleros stuffed to the brim with Brahmagiri village representatives descended on Barada Sahi, a cluster of hamlets surrounding a thaw-roofed community center inside which sat the invitees- Barada Sahi womenfolk. One of them stood up and welcomed the now clueless looking Brahmagiri villagers who had now begun filling in.

"Welcome to the hills!" announced the lady as she received approving nods from her friends. "We would like to tie you Rakhis," she pointed out to a copper-plate stacked with red threads, "and as the tradition goes you have to promise us protection. Not to us but these saplings we wish to gift you. We invite you to become our Gachha-Bhais (Tree brothers)."

The Brahmagiri villagers stood there, refusing to come out of the stupor this gesture had triggered. After what felt like years of figuring out what just happened, they grinned and extended their wrists forward. The womenfolk obliged, tied the Rakhis, stuffed their mouths with Manda pithas (a local delicacy) and smeared their foreheads with chandan. “We are astounded at the warmth and welcome we have been graced with by the residents of Barada Sahi, and we won’t forget this day till our last breath," remarked the Sarpanch of a village in Brahmagiri, trying to hold his emotions together. It was like watching an eco-friendly Suraj Barjatiya movie.

All the plants, ranging from cashew to mango were grown under the supervision of an organic farming research cooperative in Nayagarh, Sambhav; and the exchange was facilitated by the Centre for Youth and Social Development (CYSD), a non-governmental organisation which has been conducting relief operations in wake of cyclone Fani. Sabarmati, co-founder of Sambhav, stressed the importance of creating such bonds amongst the tribals and coastal folk, saying, “we could have just sent a truckload of saplings to be planted in the affected areas, passing on the responsibility of taking care of the infant plants to a local NGO or leaving it to luck and forces of nature. Creating this bond, however, meant that the locals of Brahmagiri would make an active contribution to the rebuilding of the green cover.”

In an age where people stuck in their ways and traditions are holding the world back by refusing to acknowledge changing climate and social norms, this was a refreshing instance of using an age-old tradition to move the world forward. A few more people sharing the same worldview as the womenfolk of Barada Sahi will go a long way in the fight to save the world from climate change and build a sustainable future.

The two Boleros returned home with its occupants holding quivering saplings on their laps and burping Manda Pitha flavoured breaths throughout, innocently oblivious to what they had just partaken in -- a confluence of climate resilience and culture.