Amit Shah Says Modi Has Rock-Solid Support, Asks Opposition 'Who Is Your Leader?'

He sought to know from the opposition parties who was their prime ministerial face and the leader of their proposed grand alliance. 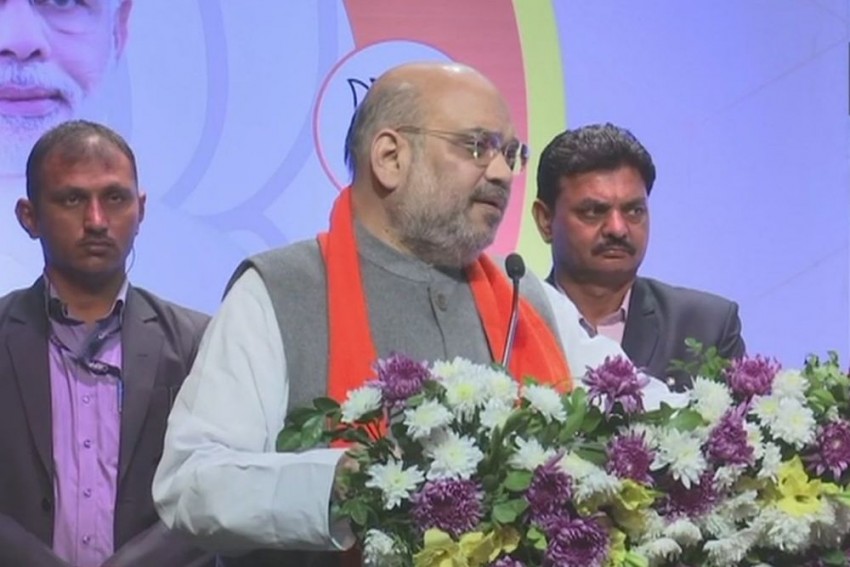 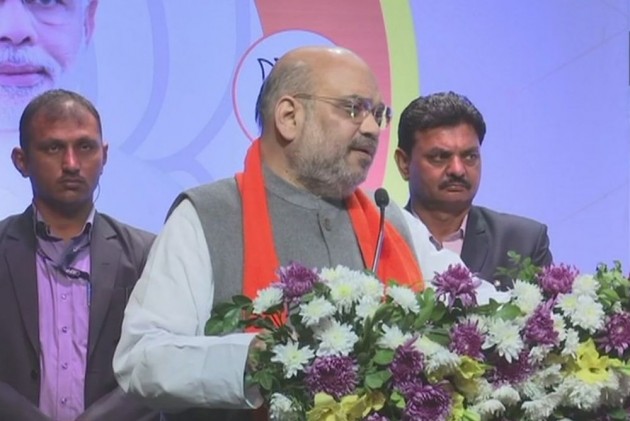 BJP president Amit Shah on Tuesday said the coming Lok Sabha poll will be an important step for India to become a global superpower, and claimed Prime Minister Narendra Modi has rock-solid support of the people.

Attacking the opposition parties which were trying to forge an alliance ahead of the Lok Sabha election to take on Modi, Shah said the "mahagathbandhan" (grand alliance) was made up of only state-level leaders and that it will not affect BJP's poll prospects.

He sought to know from the opposition parties who was their prime ministerial face and the leader of their proposed grand alliance.

Addressing BJP leaders and workers from Gujarat after launching the 'Mera Parivar-Bhajapa Parivar' voter outreach campaign, he said a full majority government was required to enable PM Modi to continue serving the needy.

"The 2019 Lok Sabha election is an important step for India to become a superpower in the world. I have travelled across the country, and I can see that people are standing like a rock with Prime Minister Narendra Modi. I have seen the love for Modi in people's eyes," Shah claimed.

He said many party workers ask him about the 'mahagathbandhan'. "I want to tell them that it will not have any impact," he asserted.

"What will happen if (former prime minister and JD-S supremo) Deve Gowda gives a speech in Gujarat or (West Bengal Chief Minister) Mamata Banerjee in Maharashtra or (former UP chief minister) Akhilesh Yadav in Kerala? It will not have any impact whatsoever because they are only state-level leaders," the BJP president said.

Urging the party workers to reach out to people, Shah asked them not to worry as, he claimed, the opposition parties "do not stand a chance" in the coming election.

"I want people of this gathbandhan to declare their candidate for PM's post. Who is your leader? Who will run this country? We are very clear about it. Modiji will be the NDA candidate and he only will lead us," he said.

Commenting on BJP's prospects in Uttar Pradesh, which accounts for the highest number of 80 Lok Sabha seats, Shah exuded confidence the party will win "nothing less than 74 seats".

Earlier, he hoisted the party flag at his private residence here while launching the mass outreach campaign.

The campaign is a strategy of the ruling BJP to connect to voters by hoisting party flags at their houses ahead of the polls.