On Friday, a purported audio clip of the West Bengal CM was leaked, in which she can be heard discussing plans to conduct a rally with the bodies of the victims of Cooch Behar violence. 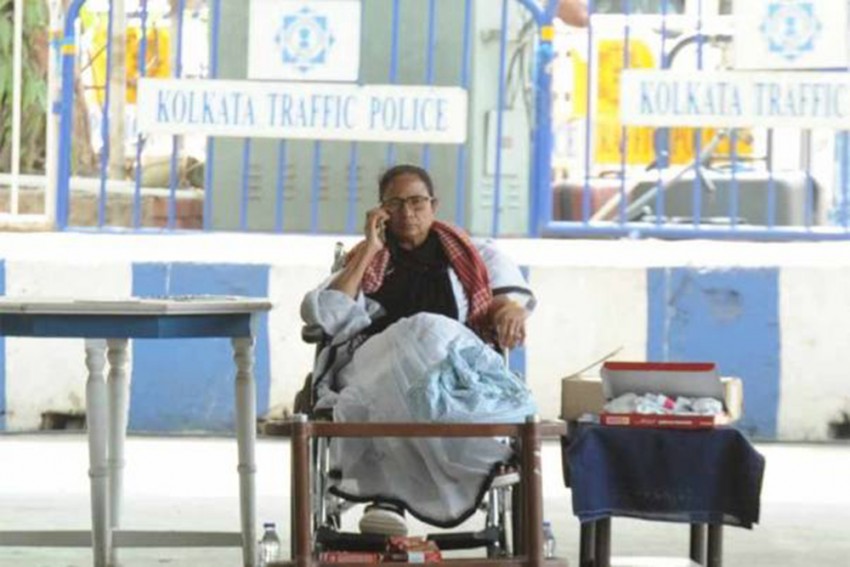 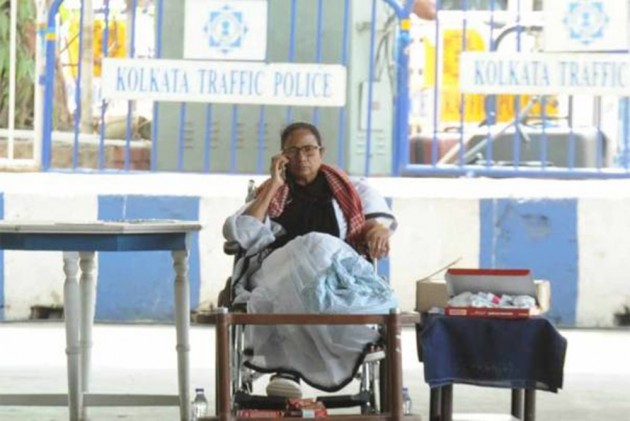 West Bengal politics heated up on Saturday during the fifth phase of Assembly polls over a ‘leaked’ telephonic conversation between chief minister Mamata Banerjee and her party’s Cooch Behar district unit president Partha Pratim Roy over the death of four persons, who were killed during firing by central paramilitary forces on April 10. Roy is also the TMC candidate from Sitalkuchi.

On Friday, the BJP national IT cell head and West Bengal co-in-charge Amit Malviya addressed a press conference at the party’s state unit office and played out before journalists the telephonic conversation. He alleged that it showed how the Trinamool Congress (TMC) chief was trying to politicise the deaths.

On Twitter, Malviya wrote on Friday evening, “Post the violence in Sitalkuchi, Mamata Banerjee wanted to take out procession with bodies of those who died trying to capture booth 126. She spoke about framing the SP and IC for doing their job, asked TMC’s candidate to spread misinformation about detention centers to scare Ms.”

Post the violence in Sitalkuchi, Mamata Banerjee wanted to take out procession with bodies of those who died trying to capture booth 126. She spoke about framing the SP and IC for doing their job, asked TMC’s candidate to spread misinformation about detention centers to scare Ms. pic.twitter.com/517u7IulKH

Soon after, senior BJP leaders started sharing the audio clip from their social media handles and almost all TV channels had broadcast it.

Responding to the developments, the TMC’s Rajya Sabha MP Sukhendu Sekhar Roy addressed a press conference, asking if central government agencies were intercepting the phone calls of the chief minister.

“How did a conversation between our leader and one of our party’s candidates get recorded? It’s a very serious and sensitive matter. This means, in our country, anyone’s phone can be tapped and the recording be used for political purposes if anyone among those in power at the Centre is wishes for it. Our party has repeatedly raised this issue in both the Houses of Parliament, alleging that phones of our chief minister and MPs were being tapped. We are seeking justice on behalf of the people of the state,” Roy said.

On Saturday, the day of the fifth phase polling, matters took an unexpected twist, as the BJP submitted a complaint to the Election Commission of India (ECI), alleging that the TMC had itself ‘leaked’ and circulated the audio clip in its bid to polarise voters. Senior BJP leaders Swapan Dasgupta and Sisir Bajoria lodged a formal complaint with the ECI in this regard.

Meanwhile, Prime Minister Narendra Modi took digs at Banerjee over the leaked tape while addressing a rally in Asansol of Paschim Bardhaman district.

“I stood witness to Didi’s ruthlessness and insensitivity once again. You have heard an audio recording over Cooch Behar. Didi is playing politics over the death of five persons. In that audio, a TMC leader in Cooch Behar is being asked to take out rallies with the bodies of the deceased. Didi, how far would you go for your vote bank? Didi is trying to politically benefit from the deaths in Cooch Behar. Playing politics with dead bodies in her old habit,” Modi said.

Mamata Banerjee, on the one hand, hit out at the prime minister for referring to the tape during his speech and defended whatever she was heard saying.

“The prime minister has mentioned the audio tape over the Sitalkuchi incident. It’s clear before the people now, that he is encouraging these (acts). So, Mr. Prime minister, are you intercepting my phone? Are you not ashamed?” she asked.

Defending whatever she was heard saying, Banerjee said while addressing an election rally at Katwa in Purba Bardhaman district, “I have asked the CID to investigate… who killed…what was wrong in what I said? They killed some kids. They were aged between 20 and 25. I asked them to keep the bodies…that I will visit. I could not have visited on polling day. Therefore, I said I will visit the next day. I informed the media the same. I made arrangements for travelling to Saitakuchi but the EC did not allow. Is this true or false?”

Speaking to Outlook, a senior TMC leader said that they would respond to the ECI over the BJP’s allegation as and when the ECI seeks their response.

“The BJP’s point that we leaked the audio is devious, absurd and vile. They are trying to dilute the matter of telephonic interception of opposition leaders’ calls by the top brass at the Centre. If the TMC leaked the tape to polarise voters, why are the BJP leaders, including the prime minister, giving it all the more publicity?” he asked.

In that 1 minute 20 second audio clip, a voice resembling that of Mamata Banerjee was heard telling a voice resembling that of Roy, “Keep calm and conclude the voting process first. We will we ensure justice later. I will get all those CRPF arrested. Keep the bodies for now. We will take out a rally tomorrow. Tell the families not to accept the bodies. Keep your focus on the polling now. Get lawyer’s help while lodging the FIR, do not try to do it by yourself. I will advise on the FIR after the elections. Don’t issue misleading statements now. We must take proper legal advice so that their command structure, including the SP and the IC are implicated. Go and assure the (polling) agents and the people that they is no reason to worry. They are doing this so that people do not cast their votes… because they want to conduct NRC and detention camps.”

SP and IC refer to the district superintendent of police and the inspector in-charge of the local police station. Personnel from the central industrial security force (CISF) were involved in the firing and the district administration and reported before the ECI that they opened fire in self-defense.

Earlier, an audio clip of a purported telephonic conversation between Mamata Banerjee and TMC Lok Sabha MP C. M. Jatua had also been circulated by the BJP is which a voice resembling that of Banerjee was heard asking Jatua to “bury” a local leader.

According to psephologist Biswanath Chakraborty, a professor of political science at Rabindra Bharati University in Kolkata, “The West Bengal elections this time has turned into a war of fake and secretly recorded video and audio tapes, being circulated by both camps. The one over the Sitalkuchi incident will further polarise voters on communal lines, making the third force, the Left-Congress-ISF alliance, suffer.”

Incidentally, over the past seven days since the Sitalkuchi firing, several video clips, including a fake one, was circulated on social media to create public opinion in favour and against the firing.

Udayan Bandyopadhyay, who teaches political science at Bangabasi College in Kolkata, however, felt that the controversies would have little effect on the voters’ psyche.

“I don’t think this conversation is going to influence the polling. Most of the people have already decided whom to vote for. Only a faction, maybe 5% of the population, will decide at the last moment. Overall, it will have a very insignificant influence on the voting pattern,” Bandyopadhyay said.

Of the state’s 294 assembly seats, 135 had finished polling in the first four phases, while another 45 is polling in the fifth phase. The last three phases will be conducted on April 22, 26 and 29.

In the fifth phase, the ECI reported an approximate 78.36% polling till 6 pm. The polling rate was highest at Jalpaiguri district in north Bengal, at 81.71%, and lowest in Kalimpong district of north Bengal, at 69.56%.

Explained: What’s Remdesivir And Does It Cure Covid-19?