Though the web series ‘Paatal Lok’ does not mention that it is inspired by true events, or acknowledge that it has been generously influenced by journalist Tarun Tejpal’s book ‘The Story of My Assassins’, it seems to have taken from both. 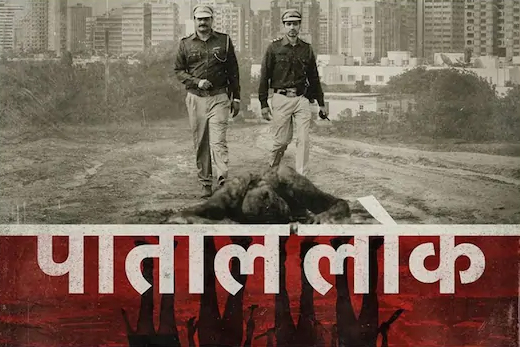 Facts and fiction merge in a mist of grey in ‘Paatal Lok’, the web series that is making waves for its racy narrative, taking the viewer into the gritty netherworld where crime, politics and corruption are intertwined.

Though the web series does not mention that it is inspired by true events, there is growing buzz that the plot for Paatal Lok could have been inspired by the reported 'murder plot' centered around controversial journalist Tarun Tejpal that rocked Delhi some two decades ago.  Tejpal, who now incidentally is an accused in a sexual assault case, ran the investigative website Tehelka.com then.

Paatal Lok's story line revolving around an assassination attempt on a famous journalist is eerily similar to what pitchforked Tejpal into the headlines then.  In the web series, investigators claim the conspiracy to kill the journalist was hatched by Patkistan's ISI with an aim to defame the central government before crucial elections.  Painstaking investigation by a lowly cop, however, later reveals that the plot had no ISI links, and the journalist was considered a target by some vested interests for causing maximum embarrassment to the government in power.

Also Read: 'Paatal Lok' May Do What 'Gangs Of Wasseypur' Failed To Do For Jaideep Ahlawat’s Career

The murder plot involving Tejpal, for which the police filed a chargesheet in 2001 , and which presumably prompted him to subsequently author a book "The Story of My Assassins" in 2012, runs along similar lines.

In the chargeseet, the Delhi police charged an RJD MP and 10 others for plotting to kill Tejpal, and Aniruddha Bahal, an editor with Tehelka. The website was known for its anti-establishment reporting and the police said that the 'killings' of Tejpal and Behl would have been immediately attributed to the BJP and its allies that ran the NDA government then.

The similarities between the web series and the Tejpal plot do not end here.

While one of the suspects of Paatal Lok is called Hathoda Tyagi, the main suspect in the Tejpal plot also happened to be one Bhupinder Tyagi. Tejpal in his subsequent book interestingly named him Hathoda Tyagi.

An excerpt from Tejpal’s book:

Sethiji said, ‘They say he is the future king of western UP. His name is Hathoda Tyagi. Before he was nineteen he’d killed his first five men by caving their skulls in with a hammer. Full brain-curry. Now of course he shoots people – through their ears, in their mouths, up their a****. Today he kills you, tomorrow your enemy. Like Sethiji gets up and comes to Patiala House courts every morning, he goes out every day and dispatches a few sorry souls to Yamraj directly. He works only for the big mafia dons now. When they want a big job done, they send for Hathoda Tyagi. You should be proud. Not just Sethiji, even the mafia thinks you are a big man!’

Tejpal’s book, released in 2012, told the story of a muckraking journalist who exposed a huge corrupt deal in the country’s agriculture ministry and then became the target of an assassination plot. The narrative follows the lives of the suspects across the lush Punjab fields, narrow lanes of Uttar Pradesh and slums of Delhi. Much like the series.

‘Pataal Lok’ seems to have dug into both – the facts of the case, and the fictional account by Tejpal – to come up with the story. It comes with the usual disclaimer though -- “This program is made solely made for viewer entertainment and is a work of fiction. Names, characters, businesses, places, events and incidents are either the author’s imagination or used in a fictitious manner. Any resemblance to actual persons, living or dead, or actual events is purely coincidental.”