'Imran Was Desperate To Win The Series'

The first captain under whom an Indian cricket team came back unvanquished from Pakistan recalls that seminal tour. 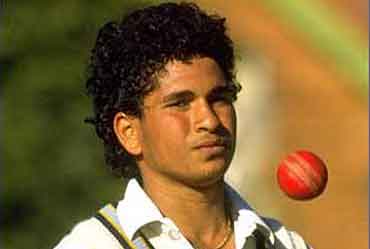 Krishnamachari Srikkanth led the Indian team on the 1989 Pakistan tour. This was the first tour to Pakistan from which India returned unvanquished. It was also the tour during which a 16-year-old boy called Sachin Tendulkar made his international debut (and someone called Waqar Younis too). Outlook spoke to Srikkanth about that seminal tour.

Sachin Tendulkar made his debut in 1989 under your captaincy in Pakistan. Can you throw some light about Sachin at 16?

Obviously, he was talented. He wanted to play cricket at all times of the day, night or evening. I still remember he used to call our teammates to play with a tennis ball in the dressing room when there was an interval during the course of the match. Such was his interest. He was a little upset after scoring just 15 in the first innings at Karachi. We all tried to tell him not to think about it too much. I also remember that his brother, Ajit, flew to Sialkot, to boost his confidence. He got a 50-plus score in that particular match in the second innings. Thereafter he became a regular member of the side. We realised then that his head was on a strong shoulder.

How were your interactions with him as captain?

I remember that I told him not to worry at all. I used to visit his room almost every evening to talk to him. He was keen to do well, something he expressed in every discussion during that tour.

For the first time India came back without losing the series from Pakistan in 1989. Were you satisfied?

Of course. Pakistan was the better side. With Wasim Akram and captain Imran Khan, Waqar Younis also made his debut in the series; they had a terrific fast bowling line up. They also had a magic spinner in Abdul Qadir. Still we drew the series. I know Imran tried his level best to beat us. They had some grass on the wicket in the last Test; even then we had a higher first innings score. Please don't forget that we didn't have Dilip Vengsarkar in the team. If you go through the scorecard, we had a very young side.

Who will you single out for the success?

Sanjay Manjrekar. It was a one-man show. He stood like a rock. The Pakistani pacers applied everything to get his wicket, but Sanjay kept his cool and batted magnificently.

You had Kapil Dev in your team. Did you have any problem in handling a senior pro like Kapil?

No, Kapil was supportive and super cooperative. Manoj Prabhakar bowled like a champion on that particular tour, I must say. Manoj was a fighter who didn't like to give up at any stage of the game and particularly troubled Javed Miandad. Javed could not pick him properly. I had a similar problem against Wasim Akram.

Azharuddin was also there in your team...

Yes, but he was not in the best of form in the first part of the series. I still remember he was not in the first XI for the Karachi Test. He came in place of the injured Raman Lamba at the last minute before the Test match. I understand Zaheer Abbas gave him a few tips as far as his grip was concerned. Azhar, afterwards, became a much more attacking batsman.

What about Imran, the Pakistani captain?

Imran was desperate to win the series. I knew that. It was evident from his body language right from the moment he came out to toss at Karachi. I'll definitely cherish those four Test matches with Imran as the opponent captain. We have a nice relationship since then.

'Cricket, Ultimately, Should Be The Winner'