Home  »  Website  »  National  » Opinion  »  Hadiya Is No Longer A Person, But An Issue: ‘Political Hindus Vs Political Muslims’
Opinion

Hadiya Is No Longer A Person, But An Issue: ‘Political Hindus Vs Political Muslims’

Hadiya’s win is definitely a win for herself and a victory of constitutional rights; but the unfortunate aspect is that it is also a victory of Islamic fundamentalists as well as the Hindutva forces. 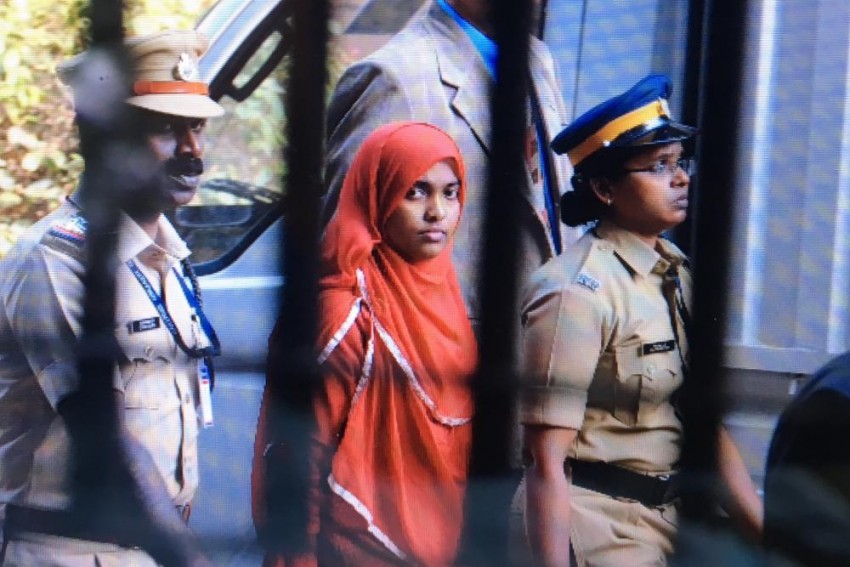 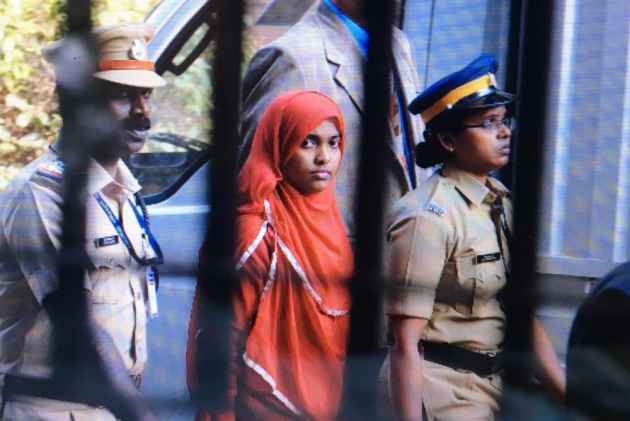 Hadiya is no longer a person, but an issue. An issue debated by media and society, weighed upon by State and Central Governments and used by radical elements for political capitalization.

K.C. Naseer, an advocate, who regularly attends every court hearing in the Supreme Court and who recently contested in a by election to the Kerala legislative assembly, had only one political plank - Hadiya.  His party, a radical Islamic front has no qualms in openly collecting a “Hadiya fund”, to “save” Hadiya.

Conversions in the past have arisen for a variety of reasons, covering a disparate gamut from the very personal question of soul searching to a less high-minded or more pragmatic need to win over in-laws. In Akhila/Hadiya’s case her conversion appears to stem from an inner need to find faith.

Conversion in Kerala, has always been an extremely personal affair. Conversion to Islam was never due to any large-scale social ostracism in post independent period. Unlike the conversion of Dalits which was a means of protest against the existing casteism, and which was further catalyzed by promises of a casteless society, coupled with food and clothes, conversion to Islam was largely based on faith. We still see many prominent Muslim families of North Malabar proudly claiming that their ancestors were Brahmins of the Malabar region.

Akhila  now Hadiya, though born a Hindu, until her early youth, was never deeply engaged with the Hindu religion, since her father was an atheist or agnostic as he claims. Religion for Akhila might probably have been just for form’s sake; a Keralite Hindu upbringing, typically a mix of Marx, Myth and Religion.

Hadiya was a Hindu when she joined the Homoeopathy College. Later, she was attracted towards Islam. The attraction is archetypal, as it happens with any person who pursues answers to questions of the soul. Our history is full of such instances, of persons traversing from Hinduism to Christianity, Christianity to Islam, Islam to Hinduism, Hinduism to Buddhism and the like. In each case of conversion, there would be some reasons for the changing over.

In Hadiya’s case, it was brought about by peer influence; the fascination she felt for Islam due to the exposition of the same by two of her close friends. Her desire for knowing Islam was intense; she found ways and means to learn more and more of Islam, and ended up in ‘Sathaysarani’, a Centre run by Islamist hardliners or proponents of political Islam.  Overwhelmed by the passion of her new found faith, like a child in wonder, she embraced Islam in its fullest form. For the promoters of ‘Sathysarani’, she was a catch; an icon of Islam winning over Hinduism and a symbolic crusade. For the ‘Wahhabi  Hindus’, Akhila’s transition to Hadiya was a political loss and a threat. Incidentally, the Hadiya episode has revealed to mainstream society, the existence of such institutions, fundamentalist and politico religious, from both the quarters.

Hadiya’s father, like any other father, approached the High Court of Kerala, seeking a writ of habeas corpus, to get back his daughter. The court, heeding the will of the major girl, let her choose her religion and life, and rightly refused the writ.

The story of Hadiya would have ended there. But the desperate father moved the High Court again through another lawyer, raising an apprehension that she would be transported to Syria to fight for ISIS. As a father, he is rightly entitled to have such apprehensions, be it reasonable or unreasonable. Assuming that the father’s suppositions were true, she would have at the most, left for Syria with her new found friends, would have joined jihad to achieve a faster route to heaven or to prison. As long as she did not act against the sovereignty and integrity of India and the laws of the country, she was indeed a free woman who could choose her path and life.

As the writ proceedings were going on, the legal pundits in the ‘Hadiya camp’ thought it best to perform Hadiya’s marriage with a person who adores Islamist fundamentalism. It was a perfectly executed plan to move Hadiya from the jurisdictional reach of the court. The court was perturbed, shocked and angered. The court at the most, should have flashed the parens patriae doctrine to register the sympathy of an institutional parent with the biological one. Instead, the court shared the agony, became a bit emotional and forgetting all precedents, annulled the marriage of this major girl. The girl was sent to stay with her parents, under guard and with conditions.

During the hearing of the second writ Hadiya had started receiving the support of SDPI, a political Islamist association in Kerala. The forces that had by then embraced Hadiya as a symbol of prestige and honour, could not contain their anger at the High Court judgment; it led a march of protest against the High Court and the “Hindu Judge”, Justice Surendra Mohan who authored the judgment. It was particularly ridiculous for those who know that the judge was a pious Christian, bearing a Hindu name. Interestingly, the religious neutrality of Keralite names is indeed a trial to the ‘sickulars’! As the High Court did not issue contempt against the “sudapis” (the Muslim fundamentalists as they are known in Kerala), the fundamentalists missed a chance to become legal martyrs for a heavenly cause.

It was then the turn of Shafin Jahan, Hadiya’s husband, to come into the media limelight by approaching the Supreme Court. He challenged the judgment of the High Court nullifying his marriage with Hadiya, and claimed release of his legally wedded wife.

With the Supreme Court ordering an NIA investigation into the matter, the legal issue between a father and a daughter in the small State of Kerala blew up into a question drawing international attention. The matter multiplied in mammoth magnitudes. By this time, Hadiya’s atheist father was espoused by Hindu fundamentalists (sanghis) and Hadiya was adopted by “sudapis”, the Muslim counterpart. It thus ended up as a case of “sanghi” versus “sudapi”.

Shafin Jahan challenged the apex court’s order of an NIA investigation too. For the NIA, the task is a shade tough; they found the existence of “love jihad” first and now need to investigate in order to prepare a case diary.

The NIA has posed a new legal theory that indoctrination also comes under incapacity to give consent. According to the new doctrine, Hadiya, having been indoctrinated, has no competence to give free consent for marriage. If the Supreme Court decides to go by the NIA projected theory, it would be not Hadiya alone who is going to be contractually incapacitated; many parties in the list will also be hit badly. If the theory is stretched a bit further, it would engulf a whole lot of indoctrinated disciples of self-proclaimed spiritual gurus and demigods. Indoctrination per se is not a crime; investigation should always be directed towards indoctrination to commit an offence and not against all interfaith marriages.

Hadiya’s theosophical life and sudden marriage will win finally, as she has crossed the boundaries of legal reach. The court’s power is limited to fact finding and ruling according to law and legal entitlements.  Despite clothing itself with parens patriae, the court is devoid of parental authority to advise/direct what is good and bad for their children. Hadiya’s victory is a personal loss for her parents, a defeat of parenthood and hopes.

Hadiya’s win is definitely a win for herself and a victory of constitutional rights; but the unfortunate aspect is that it is also a victory of “sudapis”, the hundreds of fundamentalists who contributed penny and pound wise  just because she is a neo-convert.

Interestingly, it is a win for the sanghis too; they too have grossed political capital by leading ordinary secular Hindus to “Hindutva”; a militant way of life, achieved through ‘religious’ bankruptcy.

Since Hadiya is on an inherent quest for finding true religion and God, she might continue her quest; she might traverse in future to other paths, revelations and convictions.  She may move away from the principles of Wahhabism followed by her husband to the softer Sufism or she may even walk back to the regime of multiple gods into which she was born. Right now, though, Hadiya, “the issue” is now one of “political Hindus vs political Muslims”.