If 2016 saw a trail of death and destruction following the Jat quota stir, 2017 was no different. 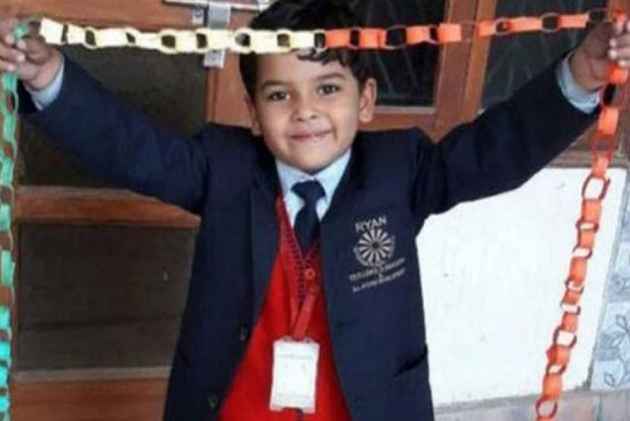 The scandal surrounding Gurmeet Ram Rahim Singh, the lynching of a 17-year-old boy and the shocking killing of a 7-year-old boy in his school bathroom.

Haryana had its share of sordid news in 2017, but also provided jubilation when Manushi Chillar was crowned Miss World and 29-year-old police sub-inspector Anita Kundu became the first Indian woman to scale Mount Everest from the China side.

Improvement in gender ratio also brought cheers to the state, which celebrated its golden jubilee year. The gender ratio reached 937 women for every 1,000 men, compared to 830 women in 2011.

Congress and principal opposition INLD kept up its attacks on the Manohar Lal Khattar government over its alleged failure on issues related to law and order, power, farmers, employees and governance.

If 2016 saw a trail of death and destruction following the Jat quota stir, 2017 was no different. There was mayhem after Dera Sacha Sauda sect chief Ram Rahim was convicted in August for raping two woman disciples.

The widespread violence and arson, mainly in Panchkula and Sirsa, left 41 people dead and scores injured.

The Dera chief is now in a jail in Rohtak, serving a 20- year sentence.

Most of the jailed sect chief's aides including Honeypreet Insaan, who remained on the run after his conviction, were arrested as Haryana Police registered 173 FIRs with nearly 1,000 Dera followers named as accused and booked on various charges.

The lynching of Junaid Khan in June shocked the nation. Junaid, who boarded the Mathura-bound train from Delhi, was stabbed to death when he, along with his brothers and cousins, was returning home to Khandawali village after shopping for Eid.

His body was later dumped near Asaoti village in Faridabad district in what is believed to be a communal killing.

A division bench of the Punjab and Haryana court has issued notice to the Haryana government and the CBI on a plea of Junaid's family seeking a probe by the central agency into the matter.

In another shocking killing, class II student Pradhuman Thaukur was found with his throat slit in his school's washroom in Gurgaon on September 8.

School bus conductor Ashok Kumar was arrested by the Haryana Police but it turned out the police had botched the investigation and apparently arrested the wrong man. Kumar was released on bail recently and the case was transferred to the CBI, which has arrestd a class 11 student of the school.

In December, a 7-year-old girl died of dengue at Fortis Hospital in Gurgaon which billed the victim's family Rs 16 lakh. A Haryana government panel indicted the hospital, saying there were "several irregularities".

State Health Minister Anil Vij termed it as "not a death, but a murder".

May and December saw two brutal cases of rape and murder involving a 23-year-old woman from Sonipat and a six-year-old girl from Uklana in Hisar.

The Opposition was up in arms against the government on the law and order front and other issues with former chief minister Bhupinder Singh Hooda and leaders like Randeep Singh Surjewala, Kiran Chowdhury, Ashok Tanwar and Abhay Singh Chautala leading the charge.

Hooda and Surjewala also addressed series of rallies raising issues of various sections including farmers. The INLD vociferously raised the Sutlej Yamuna Link canal issue and blamed the Khattar government for failing to safeguard the interests of the state.

Amid a raging concern over rising pollution levels, apparently caused by stubble burning, Delhi and Haryana held discussions on a range of issues and dwelt on possible measures to prevent the re-occurrence of smog next winter.

During February-March, the Jats remained on warpath and sat on dharnas over their main demand of quota though their stir remained peaceful this year.

In August, Haryana BJP president Subhash Barala's son Vikas was accused of stalking the daughter of a senior IAS officer from the state.

On the positive side, Haryana became a kerosene-free state, rural Haryana was declared Open Defecation Free in June and the BJP government also made the Public Distribution System online, which helped in keeping a tab on corruption and leakage of food-grains.

In May, BJP president Amit Shah paid a visit to Chandigarh and ruled out the possibility of change of guard in Haryana putting all speculation to rest which suggested that Khattar, a former RSS pracharak, would be replaced after there were reports on "dissident" activities by at least 16 MLAs.