Goondagiri Of The Goonda Act

Karnataka government now is equipped to arrest you even before you commit an offence under the IT Act—even if it thinks you are planning to send a 'lascivious' photo to a WhatsApp group, or forwarding a copyrighted song... 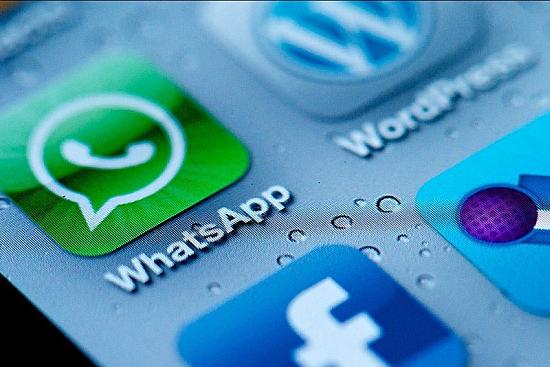 Yesterday, the Bangalore Mirror reported that “Karnataka has brought most offences under the Information Technology Act, 2000, and Indian Copyright Act, 1957, under the ambit of the Goonda Act.” In an extensive piece—which is well worth a read—the Mirror sums up the effects of the changes to the Act:

“If you are planning a digital 'offence' — which could be an innocuous opinion like the young girls' in Mumbai after the bandh declared on Bal Thackeray's death — that could attract the provisions of the Information Technology Act. You can even be taken into preventive custody like a 'goonda'. Even those given exceptions under the Indian Copyright Act can find themselves in jail for a year without being presented before a magistrate. Technically, if you are even planning to forward 'lascivious' memes and images to a WhatsApp group or forwarding a song or 'copyrighted' PDF book, you can be punished under the Goondas Act.”

Prior to the amendment, the Goonda Act already included speech-regulating provisions such as Ss. 153A (spreading disharmony between classes) and 295A (hurting religious sentiments) of the IPC. After the amendment, it includes more such provisions, such as S. 67 of the IT Act, and parts of the copyright law. To start with, it is difficult to see what relation S. 67 or copyright violations have with public order. Leaving that aside, in short: the Act allows the government to preventively detain persons who are only making preparations for engaging in a public-order related offence and many of these offences have to do with the citizens’ right to freedom of speech and expression. Under free speech law, this is known as “prior restraint” i.e.," government action that prohibits speech or other expression before it can take place."

When this standard is applied to free speech, it is generally unconstitutional. There are two reasons for this. The first is that prior restraints are generally impermissible (unless exceptional circumstances obtain). This has been the uniform position in Anglo-American law since the 18th century. As early as 1765, the great English Jurist Blackstone wrote that “the liberty of the press… consists in laying no previous restraints upon publication.” The American Supreme Court has held repeatedly that “any prior restraint on expression comes to this Court with a `heavy presumption’ against its constitutional validity.”

There are many reasons why prior restraint is considered especially damaging to the freedom of speech and expression. It places the censorial power in the hands of an administrative or executive authority (as opposed to a Court). It makes it much easier for the government to censor material (than it would be if it had to take upon itself the burden to approach a Court and demonstrate to the judiciary why said material needs to be censored). And unlike in cases of subsequent punishment for speech—where the speech or expression in question is already circulating in the public sphere—prior restraints choke off access to the public sphere itself. In other words, it gives the government exclusive control over what material can or cannot be allowed to enter the marketplace of ideas.

For these reasons, the Indian Supreme Court has repeatedly held that prior restraints are unconstitutional. It did so very early on—in 1950—in the cases of Romesh Thappar and Brij Bhushan. It did so more recently in R. Rajagopal v. State of Tamil Nadu (which was, albeit, a defamation case), citing extensive American jurisprudence on prior restraints, beforeholding that “ there is no law empowering the State or its officials to prohibit, or to impose a prior restraint upon the press/media.“

Apart from the general unconstitutionality of prior restraint, the Goonda Act is inconsistent with the Supreme Court’s understanding of the public order exception to the freedom of speech and expression. Under Article 19(2) of the Constitution, the State may impose “reasonable restrictions… in the interests of public order…” upon the 19(1)(a) right to freedom of speech and expression. In the 1950s, the Court interpreted the term “in the interests of” in a broad manner, allowing the government plenty of discretion in making speech-restricting laws that were about maintaining public order. There has, however, been a shift in that position. In Ram Manohar Lohia, for instance, the Supreme Court insisted that the link between the offending speech and public disorder must be “proximate” and not remote or far-fetched. Subsequent judgments have clarified the meaning of proximity: S. Rangarajan likened the necessary connection between speech and consequence to a “spark in a powder keg”. Most recently, in Arup Bhuyan (2011), the Supreme Court has adopted the highly speech-protective “Brandenburg Test” for public order, which limits State interference with free speech to cases where there is an “incitement to imminent lawless action.”

These cases demonstrate that the Supreme Court requires the State to demonstrate a very high threshold before it can justify restricting speech on public order grounds. The reasons for this are very clear: ultimately, maintaining public order is the task of the State (via its police force). By preventing a citizen from speaking because public disorder will apparently result, the State not only curtails the exercise of constitutional rights, but also abdicates its own responsibility of maintaining public order, instead placing that burden upon the speaker. This is why public order restrictions are limited to cases where speakers are inciting already inflamed mobs to immediate violence (“spark in a powder keg”), because sometimes the extreme urgency of that kind of a situation might require the State to take immediate action against the speaker, both for his own and for general security.

The Goonda Act, with its wide-ranging preventive detention provisions for a whole host of offences (295A, 153A, 67 IT Act and so on) takes no account of the Supreme Court’s carefully crafted proximity requirement between speech and public order. Consequently, it is over-broad: i.e., it prohibits speech that it is entitled to prohibit (that bearing a proximate connection with public order), and that which it is not entitled to prohibit (all other kinds of speech). This makes it clearly unconstitutional. It is to be hoped that the Act will be swiftly challenged before the Courts, and struck down or at least, the offending portions severed from the rest.

Gautam Bhatia — @gautambhatia88 on Twitter — is a 2011 graduate of the National Law School of India University, and presently works at the Delhi High Court. He blogs about the Indian Constitution at http://indconlawphil. wordpress.com