Breastfeeding is even more important in a developing country like 1.25 billion-strong India where many cannot afford formula milk and daily-wage earners often take their infants to work, say activists. 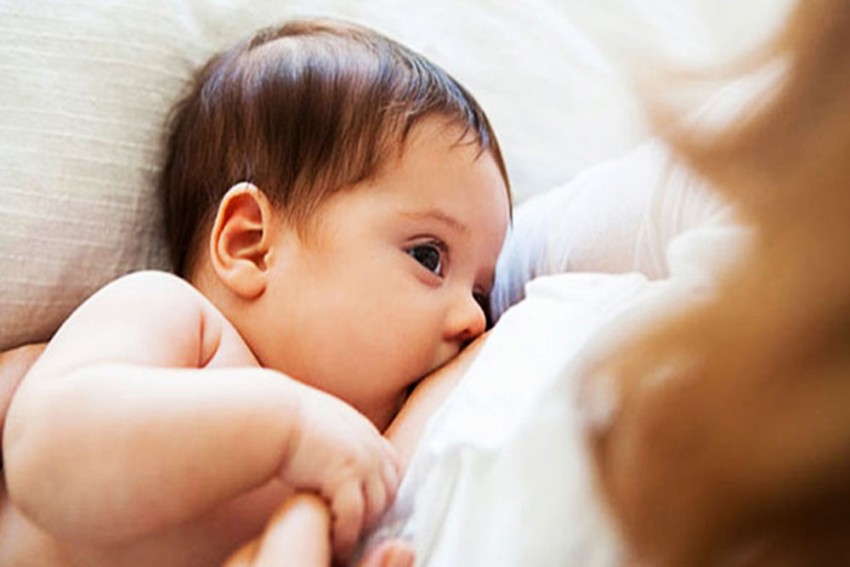 'Women Are Expected To Dress Modestly, Even A Glimpse Of Breast During Feeding Is A Strict No-No': Women Reacts To Open Breastfeeding In India
File Photo
Satata Karmakar November 30, 2018 00:00 IST 'Forced To Use Trial Rooms, Dirty Toilets': Women Share Experience On Breastfeeding In Open 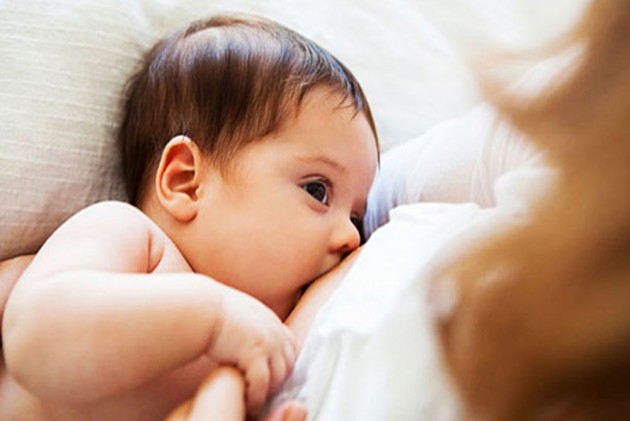 A woman trying to breastfeed her 7-month-old baby at a mall in Kolkata was allegedly asked by the employees to do it in a washroom.

The incident triggered outrage on social media when Abhilasha Das Adhikari shared it on Facebook.

A social media executive from the mall replied on her Facebook post saying "Funny you found this to be an issue because breastfeeding is not allowed on the floor for a number of reasons....this big place that we have is meant for shopping. So, with all due respect madam please make sure you do your home chores at your home and not in the mall or at least plan it beforehand."

After a huge backlash online, the authorities issued an apology to the woman saying, "breastfeeding is not allowed on the floor in public area. We can make arrangements but we apologise our staff told you to do that in the washroom which we are sorry about." 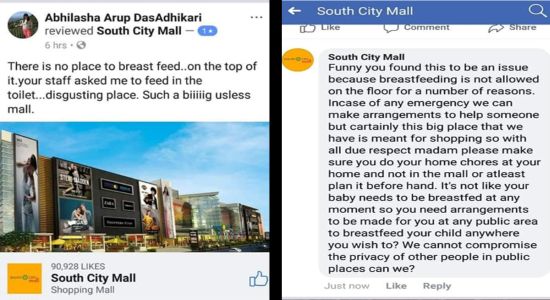 It’s unfortunate that breastfeeding has been sexualized and can sometimes be perceived as a taboo. Public breastfeeding, though is lauded by some, is shunned by many.

"When we try to feed our babies in public, we have to use a cover, because Indian society still finds it difficult to accept breastfeeding in public. Mostly I have used trial rooms, with people banging on doors, even toilets in worst scenarios," Swati Singha Gupta, a resident of Kolkata told Outlook. "It is high time we accept breastfeeding as a norm and view breasts as a nurturing organ first," she added.

On the other hand, while there are malls with baby care rooms, many complained about the unavailability of the same in small stores and restaurants. "It is really difficult for a mother to breastfeed in open. We have baby care inside big and popular malls but when it comes to small restaurants or stores, where we often visit with our babies, it becomes difficult for us to feed and nurse our kids. And it saddens me to know the mentality of the people about breastfeeding," said Piyali Das, a resident of Bangalore.

Though in many countries there are laws established for a thing as human as public breastfeeding, in India, the law remains mute. However, the subject is not free from people's discretion. Most people are very hostile to women who breastfeed openly, and as a result, the act is highly discouraged on the grounds of civilisation and morality.

Speaking to Outlook, woman rights activist Namrata Khurana from Pune said, 'This is India, where breastfeeding becomes even more important when most people cannot afford formula milk. Besides, many mothers take their children to places of work and infants must be fed regularly."

She further said, "The country’s hundreds of millions of women are expected to dress modestly, and even a glimpse of a breast during feeding is a strict no-no, all too often inviting disgusted demands to desist and even unwanted sexual advances".

"We are faced with a cultural conundrum in modern India, women are expected to be modestly dressed, which largely means covering up most of the body," she added.

Speaking about how India's mentality is still lagging behind, Swati said, "There is a lot we can do to make breastfeeding easier for mothers. I have travelled across many countries, and believe me even the remotest of departmental stores have child care rooms. India lags behind in such infrastructure."

"A woman's sexuality, especially breasts, are a taboo subject in India. Anything related to them, even if it is feeding a helpless infant attracts prying eyes. While this can not be generalised as some men understand the importance of breastfeeding but large portion of this country still considers breastfeeding in public embarrassing. Atleast for me I can not breastfeed in public," said Shruti Jain Sen, a resident of Delhi.

Earlier this year, a cover photo on open breastfeeding on Malayalam magazine Grihalaxmi, sparked a massive controversy. Terming the picture 'obscene', a case was registered against the magazine and the model. 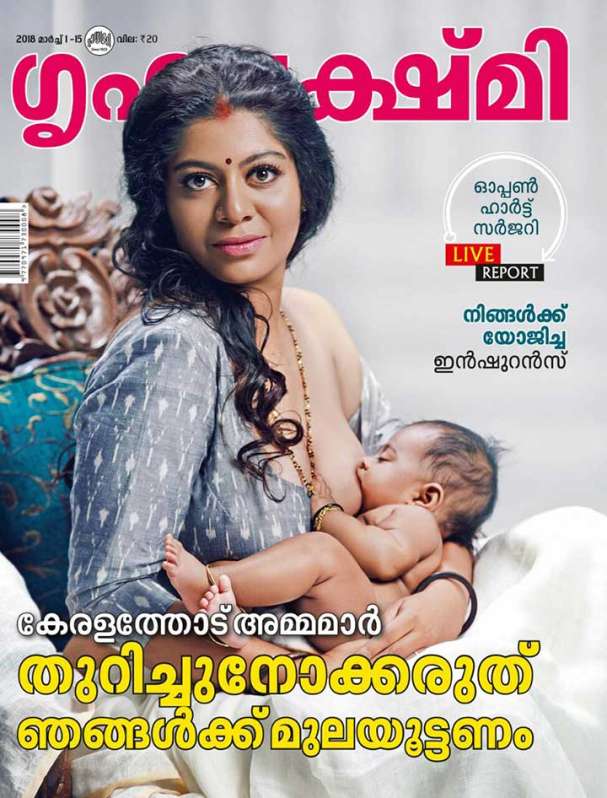 However, a Kerala court dismissed the case saying, “Obscenity lies in the eyes of the beholder," also adding, "One man’s vulgarity may be a lyric for another.”

What needs to change

"What needs to change is the objectification of breasts as merely meant for sexual pleasure," says Pune activist Namrata Khurana. On the other hand, Swati Singha Gupta from Kolkata says, "Public breastfeeding is still a taboo in India. Indians view breasts as a sexual organ. The change needs to start from our mindset".

Many say breasts are there to nourish the baby and disallowing a woman to not breastfeed publicly only leads to the inability to exclusively breastfeed.