This Diwali, Saand Ki Aankh, Made In China Set For Head-on Collision With Housefull 4

Apparently, the makers of both 'Saand Ki Aankh' and 'Made In China' want a slice each of the big Diwali cake. 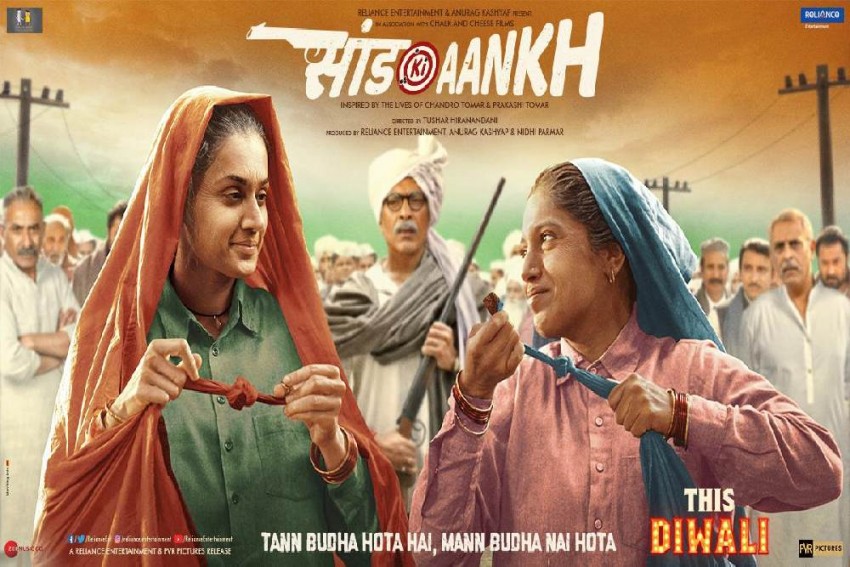 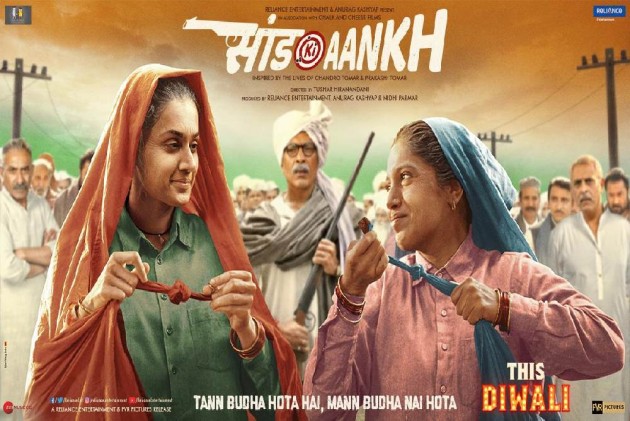 The box office looks a bit crowded this weekend with as many as three Hindi movies jostling with each other to make the most of the Diwali boom, notwithstanding the fears over a looming recession all around. Akshay Kumar’s Housefull 4, touted as a reincarnation comedy is all set to take the cash counters by storm. The fourth instalment from the hit Housefull franchise also stars Bobby Deol, Riteish Deshmukh, Boman Irani, Chunkey Pandey, Kriti Sanon, Pooja Hegde and Kriti Kharbanda in central roles.

Needless to say, like all its previous instalments, it is expected to be a laugh riot, replete with crazy characters and illogical but hilarious situations. Housefull 4 was embroiled in a big controversy during its making last year when director Sajid Khan and veteran actor Nana Patekar had to be dropped from the film in the wake of the #MeToo movement. While Rana Daggubati, later, stepped in to do Nana’s character, Sajid-Farhad were roped in to wield the megaphones after 60 per cent of the shooting had been completed. The unsavoury controversy, however, is now behind the film, and it has been generating a lot of positive buzz in recent days.

Knowing that none of the Housefull films has flopped since 2010, it is rather daring for the makers of two smaller projects, Saand ki Aankh starring Taapsee Pannu and Bhumi Pednekar, and Made in China, which has Rajkummar Rao, Mouni Roy in lead roles, to take on Akshay’s big-ticket extravaganza at the turnstiles on the same day.

Directed by Tushar Hiranandani, Saand ki Aankh is an interesting biopic, though. It chronicles the lives of two extraordinary women – Prakashi Tomar and Chandro Tomar – from Western Uttar Pradesh who took to shooting at an advanced age and won many laurels. It was also in the middle of a controversy a few months ago when veteran actress Neena Gupta had questioned the wisdom of casting young girls like Taapsee and Bhumi for the characters of old women. Produced by Reliance Entertainment, Anurag Kashyap and Nidhi Parmar, the film is expected to click because of its novel subject about the fight of two gritty women pitted against the rampant patriarchal mindset prevalent in society. The UP government has already declared it tax-free but time will tell if it is a wise decision to go for a head-on collision with as big a film as Housefull 4.

Rajkummar Rao’s Made in China, which has been produced by Dinesh Vijan and directed by Mikhil Musale, faces the same question. Apparently, the makers of both these movies want a slice each of the big Diwali cake. For the past many years, Diwali has been witnessing the clash of two big films as it is considered to be the best period for the movie business. But this year, the industry is bracing for an interesting contest between a mega multistarrer and two small-budget movies. Trade experts have dubbed it as a risky gamble since Akshay's film is expected to open with massive collections in the first weekend. The smaller ones can at best hope to get the footfalls only if they are good enough to withstand its impact and lure the audiences away -- with powerful storytelling and stellar performances -- after the euphoria over a no-brainer like Housefull 4 dies down. Who knows they may well emerge as the proverbial Davids in the fight against the Goliath known for his golden run at the box office?