'Padmavyuha' Is About How Religion Can Be Used In Positive Way: Javed Jaffrey On His Short Film

Actor-comedian Javed Jaffrey says his new short film is about how mythology can be buried strong and can be taken both in a positive and negative way. 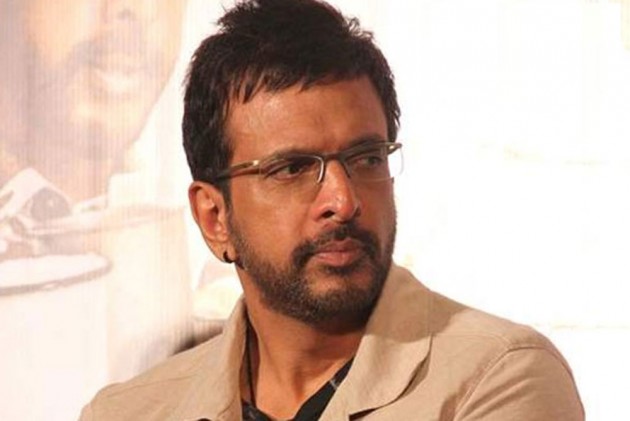 In a candid conversation with Outlook, actor Javed Jaffrey talks about his short film Padmavyuha, the rise of OTT platforms and how his father’s tragic life made him a brilliant comedian.

How has been your experience of the lockdown?

Honestly, I can’t really complain. I find it strange when people say that they can’t go to the gym or for a haircut. There are so many people who don’t have food to eat, they don’t have money and roof over their heads so how can I complain. I have food on the table and shelter over my head.

Again, I would say that it’s an interesting phase that all of us are experiencing. Initial one month we didn’t know what was happening. I was at least not prepared that it is going to last for so long. We have come to a situation when we need to seriously introspect and correct ourselves. During the lockdown, I have seen a lot of people helping others, working on the ground to help the less privileged. I wanted to go out on the field and help, but I couldn’t because of my asthma problem.

Can you tell us a bit about Padmavyuha?

It’s about how mythology can be buried strong and can be taken both in a positive and negative way. But yes, through the times we have seen a lot of violence and misconception in the name of religion. And again, there are a lot of good things that are done in the name of religion too. So, this story basically talks about a lot of religious puzzles slowly uncovering a growing conspiracy designed to silence non-believers. It’s like a thriller mystery story. I am a voice at the other end. It does talk about how Hinduism needs to be told and explained. The film talks about the Vedas and the values they hold. It’s about how religion can be used in a positive way.

Are kids falling out of the habit of reading and watching mythology?

We used to watch a lot of mythology because there was nothing else to watch. When I grew up there was only Doordarshan and there used to be just four programs. So, we used to read a lot of comics, especially the Indian mythological comics. Besides the Archie and Fanthom comics, we had the Cha Cha Chaudhary, Vikram Betal, and Chandamama. I remember growing up reading all these books. That time we didn’t have many options, but today there is so much for kids that we can’t say that it is a waste of time sitting in front of the computer.

A kid can make good use of technology by watching a film, documentary, or maybe just reading an article. The medium has changed and has given kids more options. How the kids today can use all the information which is at a click of a button is important. For example, you can make atomic energy destructive or constructive, it's completely your choice. Technology can be used in the right way and make a kid knowledgeable, but at the same time, they can also access pornography. It’s a Catch-22 situation. And there is just too much to watch around. It’s completely up to you what you inculcate in your children and now kids have access to so much that it is the duty of the parents to inculcate the basic values in the kids to choose correctly.

Do you think OTT platforms are the future of entertainment?

Now you have access in the palm of your hand; there was a time we couldn’t even imagine this. We can watch every film, television show, every documentary – from religion to pornography everything is available to you and that has been the reason for OTT's huge popularity. Cinema is an experience where you watch on the big screen and go to a different world and it’s a collective experience and a collective journey. Watching a film in a cinema hall is like a train journey and you don’t want to travel alone on a train, you want to travel with other people and it’s an experience as opposed to sitting in a car and driving. That can’t be replaced. But again, you cannot go to a theatre to watch a film all the time, it is just once a week that the audience will go for a theatrical experience. OTT, on the other hand, is there twenty-four hours. If you are bored, you can just watch something on OTT and feel happy.

Do you prefer web shows or films?

Web show is a great form and there is so much more to expand in a character. I never liked those daily soaps kind of a thing. It never worked for me. Web shows are an expanded version of a film. For instance, ‘Gone With The Wind’ is a classic story that would have been a fantastic version of a web show. But if you would have condensed it into two hours, it wouldn’t do justice to the beauty of the narrative of the author. It has too much content and that’s where web shows have an impact. Try to make a Game of Thrones into a movie, it will not work because there are too many stories inter-connected. Web shows are a wonderful format and if the content is huge, that is the best space.

Do you watch comedy?

Everybody likes to laugh; nobody likes to cry. There is too much harsh reality in life and comedy acts as a distraction and it makes you smile. But I like watching thrillers, dramas and documentaries too.

Your father Jagdeep was a brilliant actor. Was he your inspiration?

Everybody has been my inspiration. There are inspirations from great men from sports to brilliant craftsmen from cinema to political thinkers. You look at Gandhi, Nelson Mandela, you look at Martin Luther King, Prophet Muhammad, Jesus Christ, Dilip Kumar, Kamal Haasan, Guru Dutt—there is something that you absorb from everybody. It’s like a data bank you build over a period of time in your life and make the best use of every quality in a great individual.

Tell us a bit about your father Jagdeep…

My father, when he started his career in acting, was a very serious child actor and was fantastic in emotional roles. Director Bimal Roy told him that somebody who can do tragedy so well can also do comedy. My father has seen a lot of tragedy in his life. His data bank had so much of tragic and comic memories, it was very similar to Chaplin’s life. All the comic characters in the past had a very tragic life and they lived in total poverty. Poverty was a gift for him and he learned the art of acting so well because of poverty. So out of poverty and his tragic life came his brilliant comical roles.