Can Kejriwal Really Be An IIT Graduate, Asks Punjab CM On Claims Regarding Stubble Burning 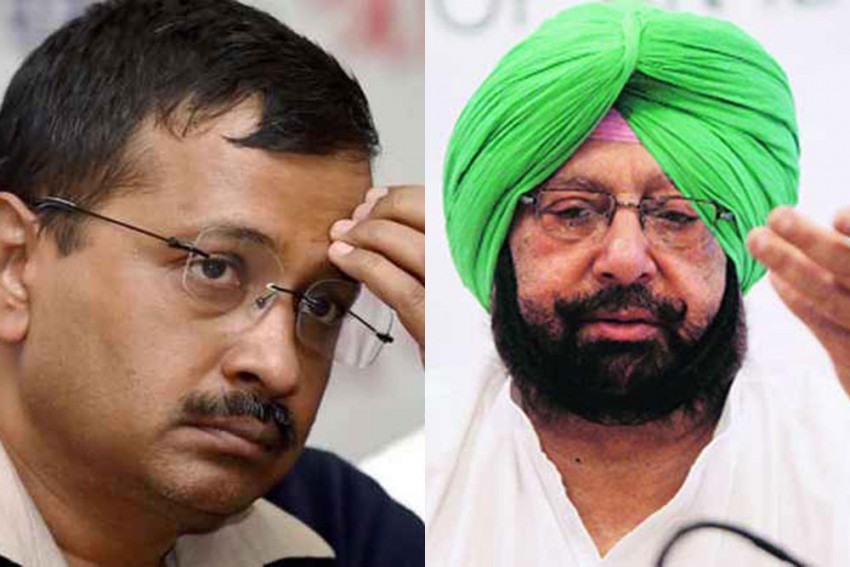 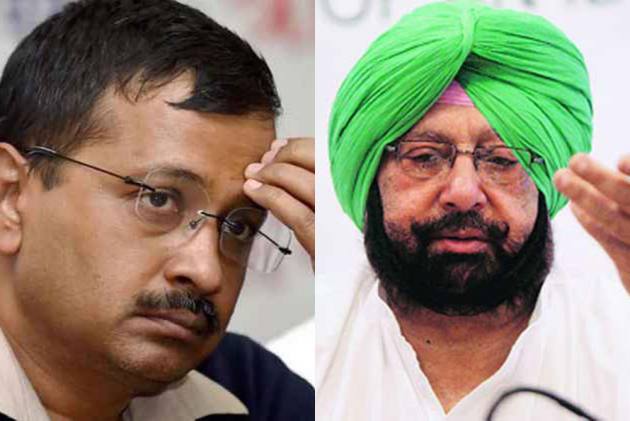 Chief Minister Amarinder Singh on Sunday termed his Delhi counterpart Arvind Kejriwal's claim that stubble burning in Punjab was solely responsible for the high pollution levels in the national capital as "nonsense", and wondered if the AAP leader could "really" be an IIT graduate.

Taking a dig at Kejriwal for his "preposterous" logic that the satellite pictures of stubble burning in Punjab was proof of it being the primary cause of the Delhi's severe pollution, he said that even a school kid would know better.

"Can he Kejriwal really be an IIT graduate," asked the Punjab chief minister.

Amarinder Singh said in a statement that he presented certain figures to rubbish Kejriwal's "ludicrous" claims and asked the Delhi chief minister to stop indulging in "political theatrics" and check facts before blaming Punjab.

The Punjab chief minister said that the Air Quality Index (AQI) of Delhi remains more than 300 even during December and January every year when there is no stubble burning in the neighbouring states.

This clearly indicates that the national capital's air quality is impacted by its own sources, which are predominantly vehicular emission, construction activities, industrial activities, power plants, burning of municipal solid waste and sweeping activities, Singh said.

Terming Kejriwal's comment as yet another attempt by the Delhi chief minister to divert public attention for his own government's "abysmal failure on all counts," Singh alleged, "Having failed to deliver on governance to the people of the national capital, the chief minister was, as usual, trying to take refuge in falsehoods and fabrications."

Singh also said according to the latest report on air pollution by the India Meteorological Department, winds over Delhi-NCR had changed from north-westerly to easterly, so there was hardly any influence from stubble burning in Punjab and Haryana.

"Yet, Delhi's air quality continued to be 'very poor', with an average PM2.5 concentration of 208 microgrammes per cubic metres on November 2, which was caused mainly from local vehicular and industrial emissions, he claimed.

"What is more, the increase in the concentration of PM2.5 due to stubble burning is proportionately less as compare to PM10. Thus, the contribution of stubble fire in the increase of PM2.5 is less, whereas, the Ambient Air Quality in Delhi witnesses an increase in the PM2.5 during the winter months," the Punjab chief minister observed.

In particular, Delhi's AQI crosses the 400 mark due to high emissions from activities of a large population in a confined area of NCR and inversion phenomenon of the climate. During October, the wind velocity became static and decreased to less than 2 km/hr, Singh said, referring to available scientific data.

He asserted that had stubble burning been the reason for Ambient Air Quality deterioration then it should have impacted the air quality index of cities in Punjab in the first place.

The data clearly indicated that Arvind Kejriwal's government had "failed"completely in addressing the problem of pollution in the national capital, Singh said, adding the Delhi chief minister was, "quite obviously, hunting for scapegoats to put the blame for his own failures".

The Punjab chief minister warned that the people of his state would not take politely the AAP leader's attempts to pin the blame for his own "failures" on their state.

"Kejriwal will see in the Lok Sabha elections what Punjab thinks of him and his party," Singh said and asked the AAP national convener to be prepared for "treatment worse than what he saw in the state polls last year".