Shouldn’t the money be recovered from the BJP on the principles on which LG ordered recovery of Rs 97 Crore from AAP, asks Arvind Kejriwal 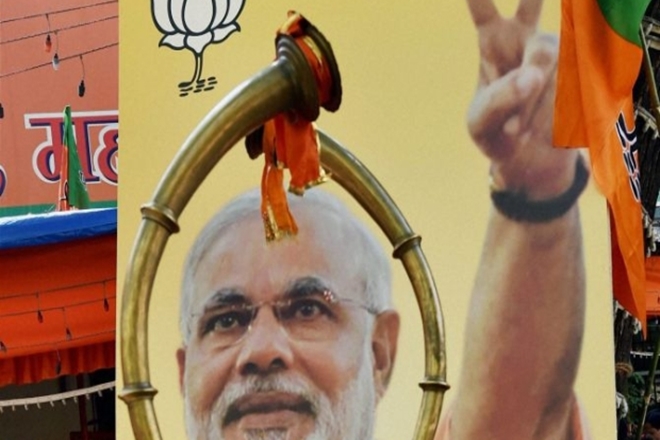 An RTI reply has revealed that the BJP-led government has spent Rs 3,755 crore on its publicity in three-and-a-half years till October this year.

The Information and Broadcasting Ministry, through an RTI reply, has revealed that the expenditure on advertisements from April 2014 to October 2017 through electronic, print media and outdoor publicity is Rs. 37,54,06,23,616, reported IANS.

Over Rs. 1,656 crore was spent by the central government on electronic media advertisements, including -- community radio, digital cinema, Doordarshan, Internet, SMS and TV, the report adds.

More than Rs. 1,698 crore was spent only for print advertisements.

The RTI response has also revealed that for outdoor advertisements, including posters, hoardings, calendars and booklets, the central government has spent over Rs. 399 crore.

The party in its plea in the Delhi high court has sought quashing of the demand notice issued on March 30 by the Delhi government's Department of Information and Publicity (DIP) on LG Anil Baijal's direction to recover the amount from it.

Last year, another RTI filed by Tanwar had revealed that the Union government spent over Rs 1,100 crore in two-and-a-half years on advertisements featuring Prime Minister Narendra Modi between June 1, 2014 and August 31, 2016.

Another RTI query in the year 2015 had revealed that the government had spent Rs 8,54,74,783 on newspaper advertisements for Mann Ki Baat till July 29, 2015, reported India Today.