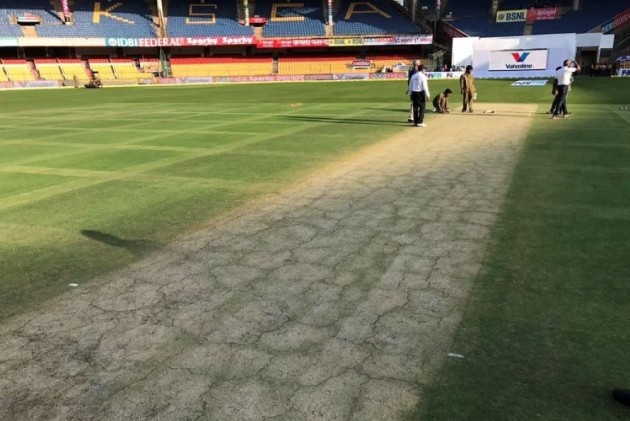 The Chinnaswamy Stadium in Bengaluru has emerged as the front-runner to host next month's limited overs series between India and South Africa women's sides after Kerala Cricket Association (KCA) expressed its inability to stage the matches at the Greenfield Sports Hub Stadium in Thiruvanthapuram.  (More Cricket News)

KCA secretary Sreejith V Nair told PTI that they were supposed to host eight games (three ODIs and five T20Is) from the first week of March and a 14-day training camp before that but the owners of the stadium -- IL & FS -- have booked the facility for an army recruitment drive for two weeks.

"IL & FS did not even inform us while booking the stadium on dates clashing with the women's series. It is a violation of our MoU with them. We have written to the BCCI expressing our inability to host the games," said Nair.

KCA has an agreement with the owners to manage the ground.

In the wake of KCA's withdrawal, the BCCI is looking at Bengaluru as an alternate option.

"Bengaluru is a good option but again with the COVID-19 still very much around, we are dependent on government permission and the logistics too need to be worked out. We are still targeting the first week of March to start the series," a BCCI source told PTI.

However, both BCCI and Cricket South Africa are yet to announce the series though the Indian players have been intimated about it. The team has not played international cricket since the T20 World Cup final in March last year. Their only outing since that final was during the exhibition Women's T20 Challenge in Sharjah in November last.

Since the series will have to be played in a bio-bubble, the team needs to assemble at least two weeks before the first game with six days reserved for quarantine.

"The players have been training at their respective centres but of course they will need at least 10 days to train together before the series. They have been away from the game for a long time now," the source added.