“Image of a ‘stone pelter’ tied in front of a jeep as a ‘human shield,’ will forever haunt the Indian Army & the nation,” former Northern Commander of Indian Army, Lt General H. S. Panag said. 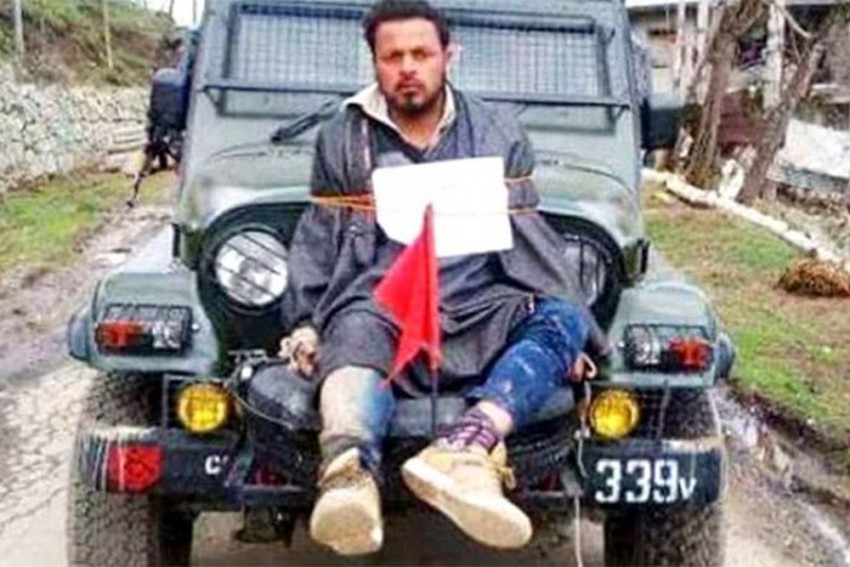 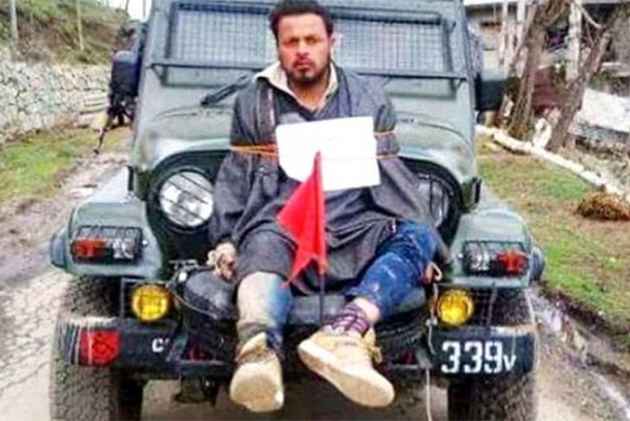 It said authorities frequently shut down internet services, citing public order concerns. The report in detail mentions about one voter Farooq Ahmad Dar, being strapped to the front of an Army jeep and driven around for hours together.

Last year on April 9 in Budgam, Major Leetul Gogoi tied, a voter, Farooq Ahmad Dar with his vehicle. The Army described him as a stone thrower, the charges denied by the latter. Dar’s picture, according to former Northern Commander of Indian Army, Lt General H. S. Panag, became a defining image of the 27-year Kashmir insurgency. “Image of a ‘stone pelter’ tied in front of a jeep as a ‘human shield,’ will forever haunt the Indian Army & the nation,” Panag, wrote on Twitter.

Today Amnesty in its report said, in April, eight people were killed by security forces, some of them by the use of excessive force, following protests during a by-election for a parliamentary seat. “One voter, Farooq Ahmad Dar, was beaten by army personnel, strapped to the front of an army jeep and driven around for over five hours, seemingly as a warning to protesters. In May, the officer suspected of being responsible received an army commendation for his work in counter-insurgency operations. In July, the J&K State Human Rights Commission directed the state government to pay Farooq Dar 100,000 INR (around USD1,500) as compensation. In November, the state government refused to pay”, the report said.

The Amnesty International’s annual report on the State of the World’s Human Rights released at Press Club of India, New Delhi.  The Annual Report covers 159 countries and provides the most comprehensive overview of human rights in the world today.

The report says that impunity for human rights abuses persisted in Jammu and Kashmir.  “In June, a military court set up under the paramilitary Border Security Force acquitted two soldiers of killing 16-year-old Zahid Farooq Sheikh in 2010. The force had successfully prevented the case from being prosecuted in a civilian court”, the report said.

In July, the Supreme Court refused to reopen 215 cases in which over 700 members of the Kashmiri Pandit community were killed in J&K in 1989, citing the passage of time, the report reads.

“The same month, an appellate military court suspended the life sentences of five army personnel convicted by a court-martial of the extrajudicial executions of three men in Machil in 2010,” the report said.

The report said in September, photojournalist Kamran Yousuf was arrested in J&K for allegedly instigating people to throw stones at security forces, under a law which does not meet international human rights standards.

Last week the NIA submitted chargesheet in court spelling out the “moral duty of a journalist” saying, “had he been a real journalist/stringer by profession, he may have performed one of the moral duty of a journalist which is to cover the activities and happening (good or bad) in his jurisdiction.”  “He had never covered any developmental activity of any Government Department/Agency, any inauguration of Hospital, School Building, Road, Bridge, statement of a political party in power or any other social/developmental activity by the state government or Govt of India”, the NIA chargesheet reads. The NIA’s definition of a journalist has evoked sharp criticism internationally.

The Amnesty says, “In December, a French film-maker conducting research for a documentary on the Kashmir conflict was detained for three days in J&K, allegedly for violating visa regulations.” The Filmmaker Comiti Paul Edward was arrested by the Jammu and Kashmir Police on December 9 for violating visa norms. The police had booked Edward under Section 14B of the Foreigners Act and jailed him in the police station. He was later released by the court.