Shivaji has always been seen as an extraordinarily clever, intelligent and wise ruler. Why are the most utterly foolish positions being assumed and actions taken, supposedly in his name, to defend his reputation? 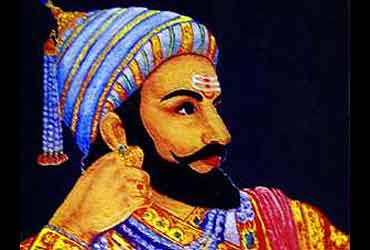 Time was when I was proud to own a copy of Salman Rushdie’s Satanic Verses, given how much furore the book occasioned in the life not just of it author, but of India, Iran, the UK, and of the larger world of Islam all across the planet. Now I realize that even obscure volumes on my bookshelf, acquired in the course of several years of doctoral research in Maharashtra, could turn out to be prized possessions, especially if they happen to be written by one James W. Laine. 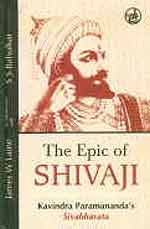 Every other January, it seems, the Maharashtra government decides to target something by this fairly unremarkable American academic, who teaches at Macalester College in Minnesota, leading a quiet scholarly life that is hard to relate to the strong reactions his work elicits in far-away Pune. In January 2004, Professor Laine’s Shivaji: Hindu King in Islamic India (2003) was banned. This month, exactly two years later, his older volume The Epic of Shivaji  (2001), an English translation of the incomplete Sanskrit epic poem by Shivaji’s court poet Paramananda, the Sivabharata, composed towards the end of the 17th century, suffered the same fate.

Why ban a book that has already been in the market for five years? That too, a book that is not even an original piece of history writing, but rather, the translation of a well-known poetic text that has been around for over 300 years, and has earned its place in Maharashtra’s rich literary culture? How is a Sanskrit poem, that has been circulating for over three centuries and was commissioned by the protagonist himself in the first place, to augment the splendour of his court and memorialize his life and deeds in a Mahabharata-style epic, all of a sudden threatening to public order and safety?

In January 2004 members of the Sambhaji Brigade vandalized Pune’s Bhandarkar Oriental Research Institute (BORI) and roughed up local librarians and professors. Marathi public intellectuals were threatened with, and in some cases subjected to, physical violence. There was even an attempt to have Laine arrested on American soil with help from Interpol. Why? Ostensibly because the author, qua historian, gave credence to the rumours that have long circulated in Maharashtra, regarding Shivaji’s paternity.

In that instance, Laine at no point said that he personally believed Shahji not to have been Shivaji’s father, but only that such malicious talk could be heard in different quarters, provided one kept an ear open for what is perhaps best described as historical gossip. But even to have mentioned that such rumour-mongering still goes on, almost four hundred years after Shivaji was born to Jijabai in 1630 at the fort of Shivneri, was considered intolerable. All hell broke loose for poor Laine and several of his Indian colleagues engaged in the risky business of historical research and writing in and about Maharashtra. Even today, despite a concerted rehabilitation and rebuilding effort by civic-minded citizens in Pune, the BORI library and archive have yet to recover from the damage done to books, manuscripts and other property in the January 2004 acts of vandalism.

Once again, the ghost of the father has returned to cast a shadow on his son. That Shivaji’s parents were estranged from one another is an indubitable historical fact. Early in their married life, Shahji’s political masters and Jijabai’s natal family were enemies on the battlefield. The couple lived apart - Shivaji’s mother in Maharashtra, his father in Karnataka - and eventually Shahji took another wife down south, to spawn a separate dynasty of Maratha Bhosales in Tanjore. But at the time of Shivaji’s conception and birth, Jijabai was Shahji’s wife, and howsoever attenuated the relations between them, there is no real evidence - at least none available to members of the public - to challenge Shahji’s paternity of Shivaji outright.

There is an impeccably scholarly foreword to The Epic of Shivaji by Professor S S Bahulkar. However, in his Introduction, Laine writes: "The historical fact that Shivaji’s father took a second wife in Bangalore and left Shivaji and his mother in Pune, and that his mother and goddess play such a powerful role in his motivation to rebel against Muslim authority, suggest that there is a folkloric and unconscious acceptance of Shivaji as an oedipal rebel." The recent ban purportedly aims to punish Laine, and Bahulkar, who helped Laine translate Paramananda’s poem, for using this word "oedipal" with reference to Shivaji and his parents.

There has been a great deal said in defence of Professor Laine against the ban on his 2003 book, including by this writer.. Without rehearsing all of the arguments against censorship, identity politics, vandalism, the policing of academic research, the curbing of the freedom of expression, the politics of injury and the denial of historical objectivity already made in the press and the media, and in Indian and Western academia in early 2004, this much bears stating: xenophobic diatribes against Laine make no sense.

In his Shivaji book, he merely cited, without endorsing, loose talk - baseless historical speculation, more accurately - that can be picked up practically anywhere in Maharashtra. In his Epic book, the American scholar made an old, difficult and little-read Sanskrit text widely available to contemporary readers in English. Along the way he also ventured the interpretation, objectionable or not is a separate matter, about the dynamics within Shivaji’s immediate family and their effect on Shivaji’s character and career. But why go after Laine for being a foreigner, an outsider who is insensitive to Indian sentiments about one of the great heroes of our history?

Shivaji has long been described in Marathi as Janata Raja, the Knowing King. His intelligence was one among many virtues that have endeared him to the people of his native Maharashtra for centuries. Why has this extraordinarily clever ruler, indeed proverbially clever, fallen on such hard times, where the most utterly foolish positions are assumed and actions taken, supposedly in his name, to defend his reputation? If patriots want to protect India from the onslaughts of American imperialism, let them go after George W. Bush, not James W. Laine. Both books should be immediately un-banned; the wise king Shivaji has long withstood the good, bad and indifferent interpretations of historians, and his glory will continue to stand the test of history.

The Laughter Says It All