'The Wisdom Of The Prime Minister'

'It can always be legitimately expected...the Prime Minister...would consider not choosing a person with criminal antecedents against whom charges have been framed for heinous or serious criminal offences or charges of corruption to become a Mini 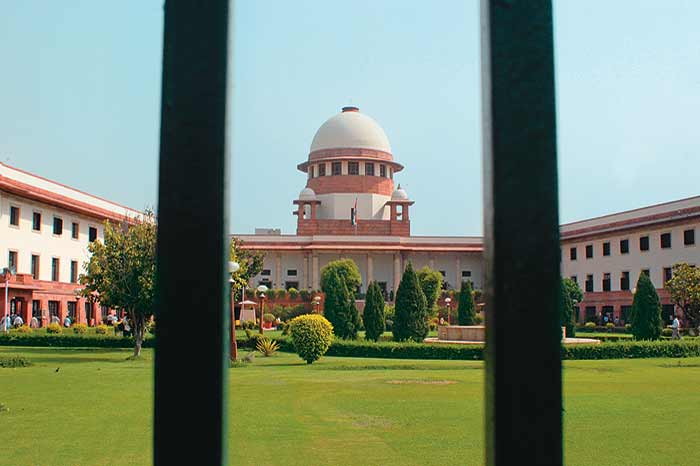 Stopping short of prescribing disqualification for tainted people becoming ministers, the Supreme Court today strongly advised Prime Minister and Chief Ministers not to induct in their ministry people against whom charges have been framed in criminal and corruption cases.

The apex court left it to the wisdom of the PM and CMs not to recommend such names to the President and Governor, observing that nation has reposed faith in them for "good governance".

Holding that the Prime Minister is the repository of constitutional trust, a five-judge Constitution bench headed by Chief Justice R M Lodha, hoped the PM would not induct such "unwarranted elements" in his ministry in national interest.

The court was responding to the PIL filed by Manoj Narula who had challeged the inclusion of Lalu Prasad, Jai Prakash Yadav, MAA Fatmi, Mohd Taslimuddin and K Venkatapathy in the council of ministers in the UPA I regime.

The court's remarks would assume significance particularly in the case of union minister Uma Bharati who is the only minister against whom chargesheets have been filed, going back to the Babri masjid demolition cases.

Thus, while interpreting Article 75(1) [(appointment of PM and Ministers], definitely a disqualification cannot be added. However, it can always be legitimately expected, regard being had to the role of a Minister in the Council of Ministers and keeping in view the sanctity of oath he takes, the Prime Minister, while living up to the trust reposed in him, would consider not choosing a person with criminal antecedents against whom charges have been framed for heinous or serious  criminal offences or charges of corruption to become a Minister of the Council of Ministers. This is what the Constitution suggests and that  is the constitutional expectation from the Prime Minister. Rest has to be left to the wisdom of the Prime Minister. We say nothing more, nothing less.

...the burden of appointing a suitable person as a Minister in the Central Government lies entirely on the shoulders of the Prime Minister and may eminently be left to his or her good sense.

...the Prime Minister is, of course, answerable to Parliament and is under the gaze of the watchful eye of the people of the country. Despite the fact that certain limitations can be read into the Constitution and have been read in the past, the issue of the appointment of a suitable person as a Minister is not one which enables this Court to read implied limitations in the Constitution.

Hence, I am of the firm view, that the Prime Minister and the Chief Minister of the State, who themselves have taken oath to bear true faith and  allegiance to the Constitution of India and to discharge their duties faithfully and conscientiously, will be well advised to consider avoiding any person in the Council of Ministers, against whom charges have been framed by a criminal court in respect of offences involving moral turpitude and also offences specifically referred to in Chapter III of The Representation of the People Act, 1951.