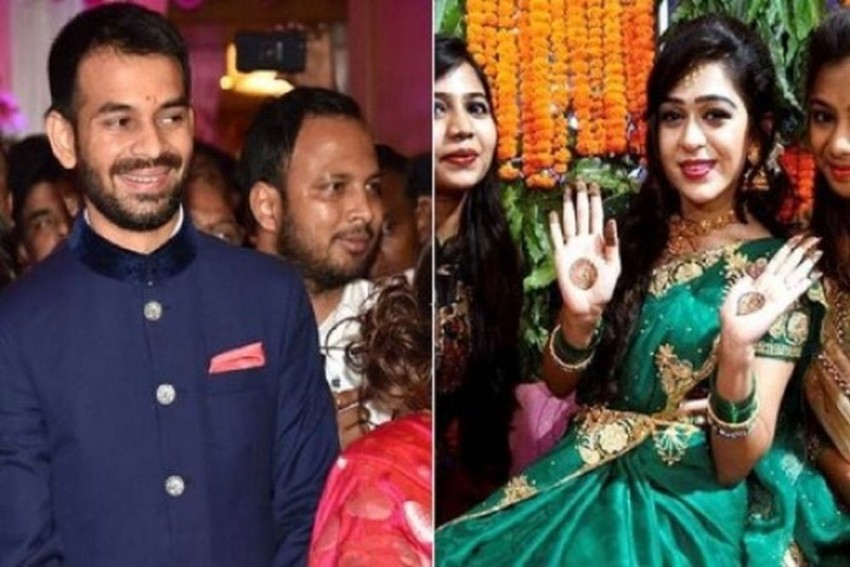 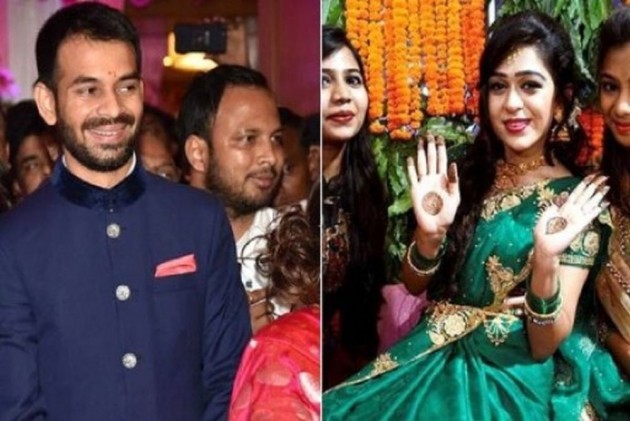 RJD Chief Lalu Prasad's elder son, Tej Pratap Yadav has dropped a fresh hint that he might not patch up with Aishwarys Rai. He has a sought for a divorce from his wife of six months much to the chagrin of both families.

The couplet, of which the above stanza is the second part, implies - may the thread of love never be broken. If it gets snapped it cannot be mended and any attempt to do so results in knots.

Twitterati latched on to the cue, coming up with advice to the temperamental politician who has been away from home for more than a fortnight, not turning up for festivals like Deepawali and Chhath, and roaming around in pilgrimage towns like Vindhyachal, Varanasi, Vrindavan and Haridwar.

Earlier this week, Rabri Devi had visited New Delhi to appear before a court in connection with a money laundering case and upon return she had told journalists that her elder son had come to meet her and his return was expected soon.

RJD sources had claimed that Yadav was likely to return after a holy dip in Sangam at Allahabad on the occasion of Kartik Purnima. However, with the festival having passed on Thursday, they were now clueless about the return of the volatile leader.

Yadav had filed his divorce petition before a court on November 03. The matter is likely to come up for hearing on November 29.

He had told the media after filing the petition that his differences with his wife were "irreconcileable".

Rai who is a management graduate unlike her high school dropout husband, has maintained a dignified silence over the entire episode even as Tejashwi Yadav, the RJD supremo's younger son and political successor, has been expressing displeasure over the spotlight on what was essentially a marital dispute.

Rai is the daughter of RJD MLA Chandrika Rai and grandchild of former Chief Minister Daroga Prasad Rai. Her in-laws too, are said to be unhappy with the decision of her husband who had whined "I would not return home until my family members come in my support".